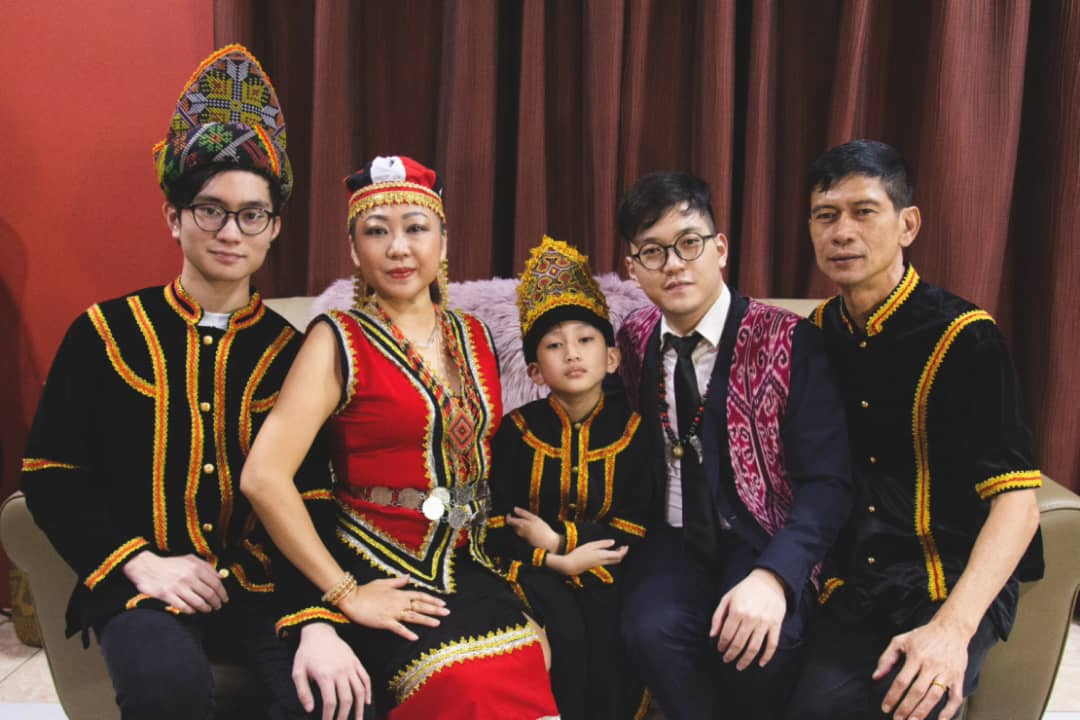 Jimbangan (right) and Evelyn with Ivan (left) and his siblings, Isaac and Xavier.

KOTA KINABALU: Ivan Avannus Jacob Jimbangan, who made headlines recently for being accepted into five Ivy Leagues, namely,  Columbia University, University of Pennsylvania, Cornell University, Dartmouth College, Brown University besides the University of Chicago and Stanford University, is very disciplined in his studies.

His father Stephen Jimbangan when asked about the 20-year-old Ivan’s growing up years said that the latter was very disciplined when it came to studying.

“Like Ivan’s elder brother who also scored 9A in the SPM examination in 2016,  my son  said the most important criteria to excel in studies is discipline. Ivan was trained from young to do revision at least two hours a day at home,” said the proud father.

Ivan’s mother, Evelyn John Ganjos added there was a ‘No handphone during weekdays’ rule for the boys and they only have access to the electronic device on weekends. This is a rule they stuck steadfastly with, she said.

Ivan, Jimbangan said is fortunate that his secondary school, SM St Michael is a high performing school and also very well known in the matter of discipline.

“Ivan’s dietary intake was also well monitored, special thanks to his grandparents from Kuching for taking care of his daily food intake,” he said adding that as a supportive family, Ivan was provided with a conducive study environment at home, with his own space to do his school work.

Finally, his own determination is key to his successes and achievements, he said pointing out that Ivan has been very independent since young.

He knows what he wants in life, and how to go about it, said Jimbangan adding their family members and Ivan’s teachers were always there to support and motivate him to do well in his studies.

“I believe his entry into Stanford is complemented by his passion in always wanting to contribute something to society and his interest in learning several foreign languages. We as parents always pray for him… especially his grandmother in Penampang who never failed to pray for all her grandchildren,” he said.

Ivan who is finishing his A-Levels in Kolej Tuanku Jaafar, Negeri Sembilan has chosen Stanford and will be enrolling in its 2025 class in September this year.

Ivan is also very active in social work and found time to help the poor and needy.

He co-founded non-profit organisation Komuhakan Movement with the objective to empower indigenous communities in Sabah.

Ivan, who is of Kadazan, Iban and Bidayuh parentage said he is proud of his multi ethnicity.

He has been spreading awareness on various indigenous languages on social media and with the Komuhakan Movement, he was involved in efforts to research the Kadazan language and promoting the language via infographics and posters online.

Ivan is also passionate about persevering indigenous languages as according to him many around the world are dying out and if nothing is done about it, all will be lost in the future.

This enterprising youth also participated in various competitions and emerging as champions in one where his team won the Sime Darby Young Innovators Challenge (SDYIC) in 2016 for their innovation of Malaysia’s first-ever food surplus app known as Robin Food to curb food wastage while feeding the needy.