Tuesday, October 4
You are at:Home»News»Sarawak»Lorry catches fire while crossing Lanang Bridge in Sibu 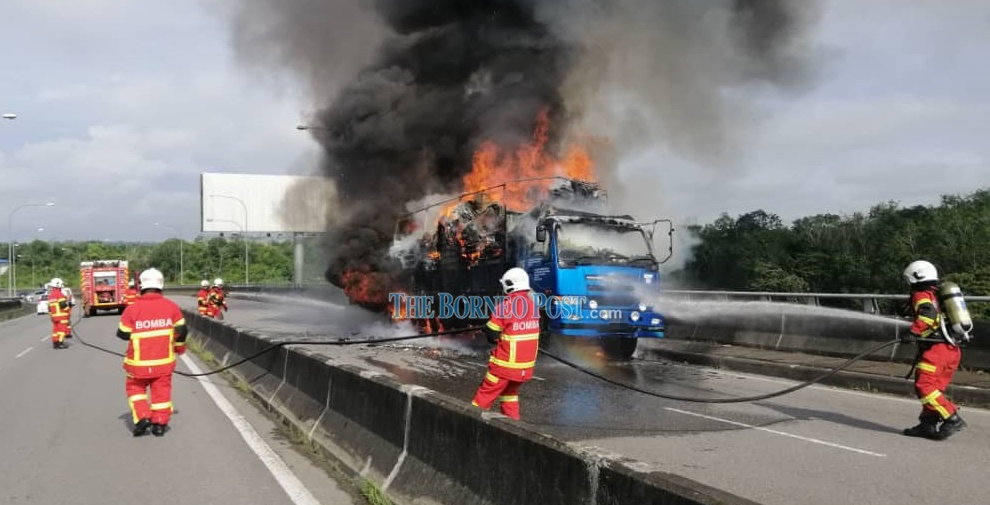 Firefighters putting out the fire that destroyed the back portion of the cargo truck.

SIBU (April 28): A lorry carrying hardware and electrical parts, which was on its way from Kuching to Bintulu caught fire while crossing Lanang Bridge this morning.

According to a Fire and Rescue Department (Bomba) Sarawak operations centre spokesman, they received a distress call at about 8.49am and immediately despatched 10 firefighters to the scene.

“The fire had already destroyed the back portion of the cargo truck when we arrived,” the spokesperson said in a media statement.

Both the lorry driver and his assistant managed to escape unhurt. 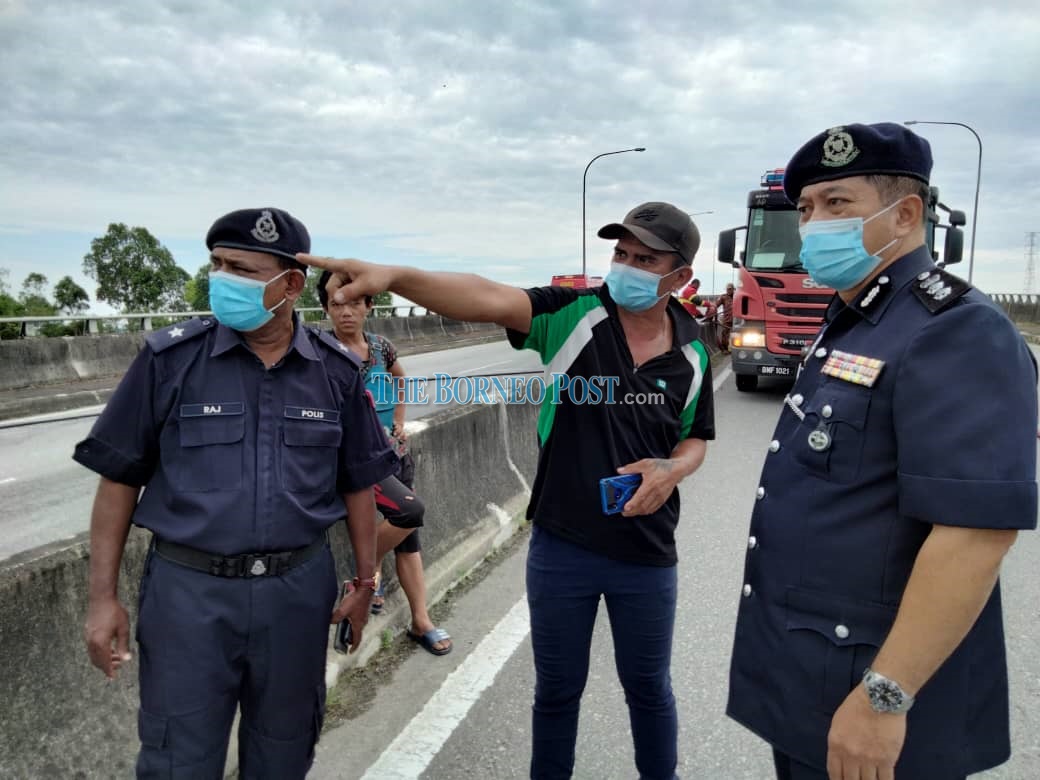 The spokesperson said firefighters managed to put out the fire using water that was sourced from the fire engine.

Sibu police chief ACP Stanley Jonathan Ringgit was also present at the scene. Police personnel were at the scene to control the traffic.

The cause of the fire and the amount of damages are still under investigation.