Wednesday, May 12
You are at:Home»News»Sarawak»Miri City Council to continue enforcement action on styrofoam food packaging 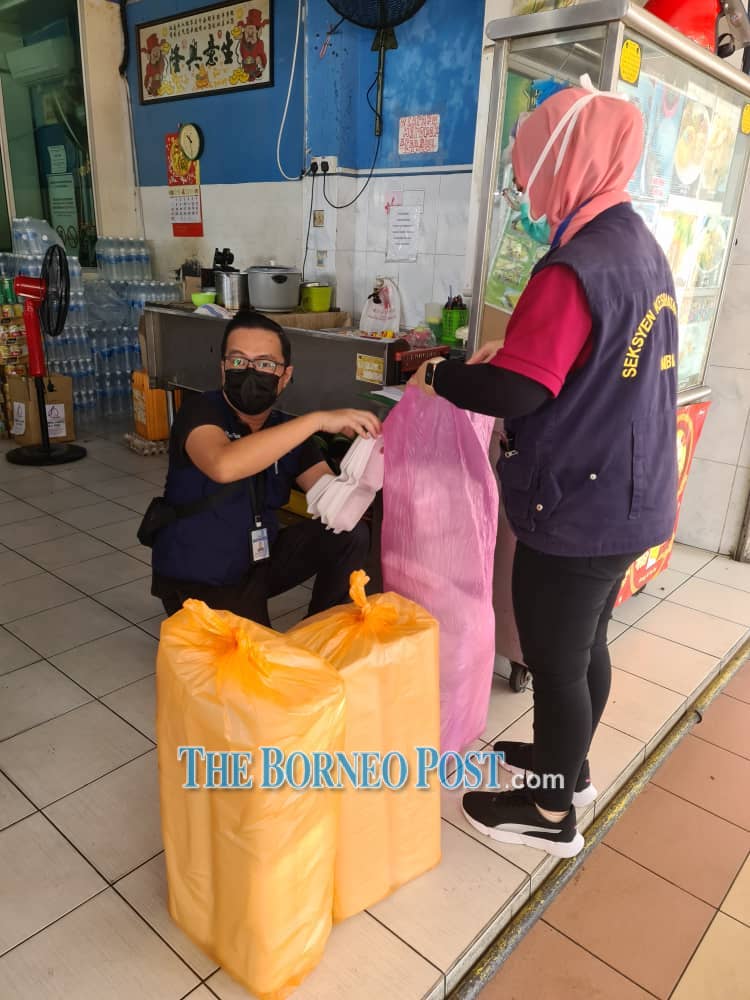 In a press statement today, the council said it confiscated a number of styrofoam products during its operation at eateries here last week.

The operation was part of the statewide ban on styrofoam food service ware and packaging, which came into force in 2017.

“The council noted that the effectiveness of the campaign on the ban of styrofoam food containers and packaging is far from satisfactory, ever since the statewide directive to ban such use had come into force on Aug 25, 2017 and which is still in force,” MCC said.

The council called on food and drinks providers to look for alternative products to polystyrene or styrofoam products.

Food-service ware is defined as utensils, cutlery, tableware, cups, lids, and plates intended for food or drinks and used for storage, preparation, service, or consumption.

Styrofoam is made from styrene, a petroleum by-product which is non-renewable and a heavily polluting resource.

“Styrene is a known neurotoxin that is classified as reasonably anticipated to be a human carcinogen, meaning there is significant evidence linking styrene to human cancers. Polystyrene is not recyclable and once discarded, persists in the environment for years.

“Styrofoam is also non-recyclable, a hazard to marine wildlife, and harmful to human. It has caused council financial burden on waste reduction as well as incurring heavy expenses on solid waste disposal as it is not biodegradable,” said the statement.

It also pointed out that a large portion of rubbish cleared from past beach-cleaning campaigns were discarded styrofoam food containers.

Previous ArticleKhairy: AstraZeneca dropped from Covid-19 vaccine programme, now only for those who want it
Next Article UPSR abolished this year, says education minister (UPDATED)