Wednesday, June 16
You are at:Home»Columns»Eric Thein – An icon of Sabah tourism 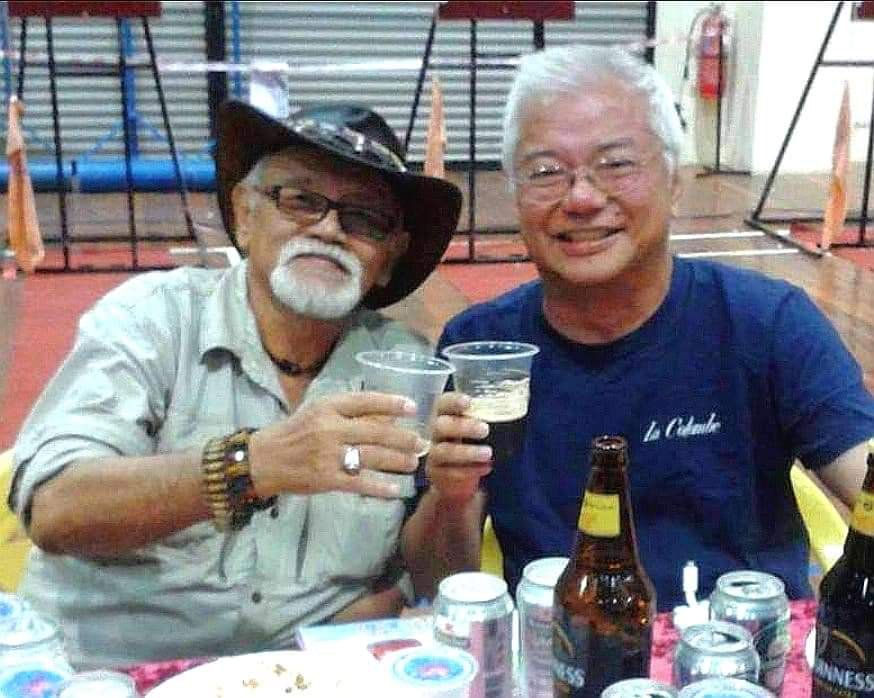 ON Tuesday, April 27, 2021, I lost a dear friend and partner in the film business for 21 years – his name was Eric Thein, and he passed away peacefully in his sleep on the island of Mabul in Sabah, where he was halfway through a 28-day documentary shoot for Tourism Malaysia, which would promote the many attractions of Sabah. By sheer coincidence, the hostess of the show was Miss Malaysia / World 2014, Sarawakian beauty Dewi Liana Seriestha.

I first met Eric sometime in July 2000 in Kota Kinabalu, when a mutual friend had introduced him to me — I was in need of a location scout-cum-fixer for the Sabah segment of the feature documentary for Disney/IMAX called ‘Sacred Planet’.

Funnily enough even though we were both in the same business of scouting for film locations for a great many years; I had started in 1987, some 13 years earlier and Eric, a few years after me; we had managed to give each other confusing directions (this was the days before Google Maps and Waze!).

I had told him Magella Suites lobby, and he had gone to Sutera Harbour!

You couldn’t have missed Eric in the lobby – he wore his signature cowboy Australian leather hat and cut a dashing figure in his khaki jungle safari fatigues!

He had just come off a recent extremely successful shoot for Mark Burnett’s very first episode of the smash hit and the very first ‘reality show’ to hit USA television – ‘Survivor’. It was called ‘Survivor – Borneo’ and was filmed during March and April of 2000 on Pulau Tiga, an island off the coast of Sabah.

‘Survivor Borneo’ was broadcast on May 31, 2000 (thus marking its 21st anniversary this month) and it became a huge ratings success, leading to an extremely successful run of 40 seasons!

A year earlier, Eric was awarded the prestigious Malaysian Tourism’s ‘Best Tourist Guide Award’ by the Malaysian government, a well-deserved win in recognition of the immense contribution that he had made in promoting the many touristy attractions of the state of Sabah to the world. He was often on call, on standby, and always willing to take up the challenge whenever the Sabah Tourism Board had needed his services to personally chaperone and guide important and VVIP visitors from all over the world.

In this capacity, he had met with Kings, Queens, Princes, Princesses, Sultans, heads of states and celebrities from the film and television as well as political and business worlds.

Eric was my partner in the film-fixing and location-scouting business and through the years, he had also become a close and faithful friend. We found that we shared the same ideals and principles, we had similar temperament and personalities, and our work ethics were very much alike. When I was working with him in Sabah, he had shown me the works and introduced me to all his close contacts, other film crews and taught me his secrets of the trade.

I did the same in return vis-à-vis Sarawak and while his strength was in documentaries, my forte was in feature films.

Eric was an exceptional human being – in his trade, he knew everyone, and they were all his friends; I don’t think that he had a single bad word to say about another person even though he could and should at many challenging and trying times during our many joint projects together. He could always find a solution no matter how impossible it might be; there would always be a way out – another loophole or another route.

His motto would be ‘Never Say Die!’

I spent hours and days (and nights) with him in all sorts of environment, deep inside the jungle where there’s no running water or electricity; in territories so remote and out of the way that no human had ever stepped foot; and of course, we had also got lost many an occasion (both separately and together) – but the beauty of our relationship was that we could rely on each other to look out for one another and most days, when we’re talking with third parties, we could finish each other’s sentences without any trouble!

In the years that I spent in his old jalopy (his trusty old Toyota Ninja turtle, a 1995-era Land Cruiser) we had scaled timber camp mountainous tracks, wallowed knee-high into rocky terrain with rapid running water, and sloshed through thigh-high muddy slopes and often gotten stuck and needing winching out of!

Through it all, he had kept his cool and maintained a sane attitude knowing that in the end, everything would work out fine.

He was a very faithful, staunch and ardent born-again Christian. He had many friends in his church circle and had made his contributions in ways that he had never mentioned nor sought publicity for. He was honest, straight-talking and very hard working.

But of course he was far from being a saint. 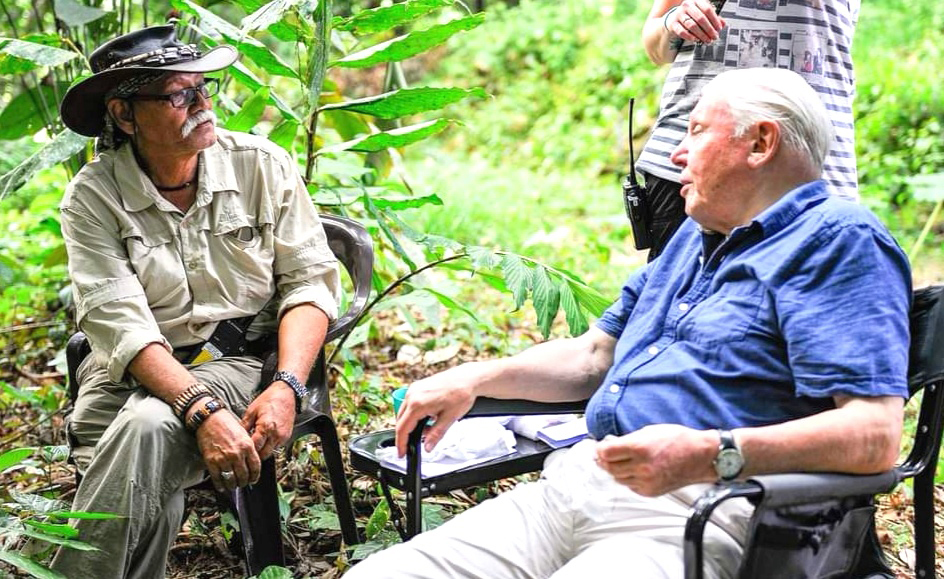 Eric with Sir David Attenborough, during a BBC shoot at Danum Valley in Sabah.

Eric would always keep the entire cast and crew on a shoot entertained with his many off-colour jokes and his amusing antics. He told us stories about virtually everything that you could see around you – the places that he’d been, the people he had met and the experiences that he had gone through.
‘Mr Know it All’ and ‘Mr Google’ would be about right for his nickname.

He had taught me ways about the jungle and the many secrets and insights into what would make a jungle tick; he was knowledgeable about almost everything that you could ask about – from the medicinal use of a plant or leaf to the impending weather forecast, and to how animals and other creatures behave. He was also excellent at locating places, sites and buildings or structures that a client would ask for or need for a certain look for a film scene or shoot. Rarely would he fail in this aspect.

Eric was born in Papar Sabah on Aug 21, 1949, of parents whose heritage had included Chinese, Scottish, Murut, Singalese and one or two others. He could speak fluent English, Bahasa Malaysia, Kadazan, and smatterings of other languages. In all the years that I had known him, I had actually learned more from him than he from me.

Okay, I did teach him to drink Japanese sake the first night we had met; with another good friend James Chew, the three of us had walloped a 1.8-litre bottle – not bad for someone who had never tasted sake till then!

Eric, yours was such a sudden and shocking departure; we had last worked on a Discovery TV series called ‘Naked & Afraid’ deep in remote Sabah – I had always looked forward to working with you because you were totally dependable, faithful and hardworking and you were a lot of fun to be with, during working hours and at play at night.

I know that I would never find another partner like you again in my film business, but then again, as I bid you a fond farewell as you ride off into the sunset – maybe it’s also time too for me to hang up my jungle boots as well.

Till we meet again some sunny day, rest well in eternal peace and thank you for all the good times we had spent together.