Monday, May 10
You are at:Home»News»Sarawak»Abdul Karim: Chong seeking cheap publicity by calling for DUN to convene to discuss S’wak’s Covid vaccine procurement 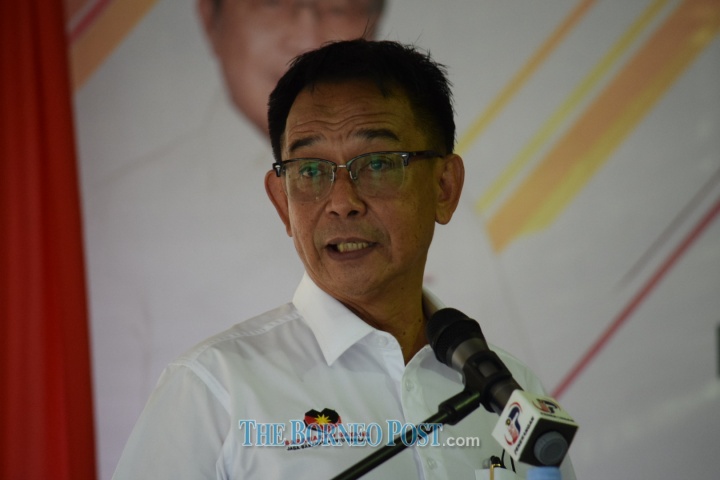 The Minister of Tourism, Arts and Culture and Minister of Youth and Sports said the gesture of Chong in calling for a DUN meeting was just the opposition leader’s act of showing that he cared for the well-being of Sarawakians.

“As an MP (Member of Parliament) and ADUN (DUN Member), Chong should know better that calling for a DUN sitting is different than calling an association or a club meeting, which can be done any time.

“As far as a DUN sitting is concerned, all the 82 ADUNs will be delivered the relevant notice at least 28 days prior to the sitting scheduled next,” he told The Borneo Post’s sister paper Utusan Borneo here.

He was asked to comment on Chong’s recent remarks that the DUN should convene to deliberate the state’s procurement of Covid-19 vaccine and keep Sarawakians informed of the immunisation process.

Chong, who is Stampin MP and Kota Sentosa assemblyman, said this during his regular Facebook live session yesterday.

Abdul Karim, who is Asajaya assemblyman, said the DAP lawmaker should be aware that the current term of DUN Sarawak would expire on June 6.

Given this, he said it would be impossible for DUN secretariat to issue the necessary notice to all the ADUNs.

He thus believed that Chong was calling for a DUN sitting for the sake of seeking cheap publicity to show that he cared for Sarawakians.

Yesterday, Chong said a DUN meeting should take place to inform Sarawakians of how the state government was going to procure the vaccine such as from which suppliers.

“There are so many suppliers, Pfizer, Sinovac, CanSino, Moderna, Spunik and AstraZeneca even though the state government has said to reject AstraZeneca.

“Most suppliers are dealing with countries and the volume they are selling is huge, can Sarawak government squeeze in to purchase? Will they supply to Sarawak? Pricing is a factor because some suppliers will sell to a higher bidder.

“All these the state government should keep the people informed and not keeping us in the dark. We can give our full cooperation,” he added.