Monday, May 10
You are at:Home»News»Nation»Covid-19 vaccine registration: Putrajaya near 100 pct but other places including in Klang Valley at 50 pct or lower 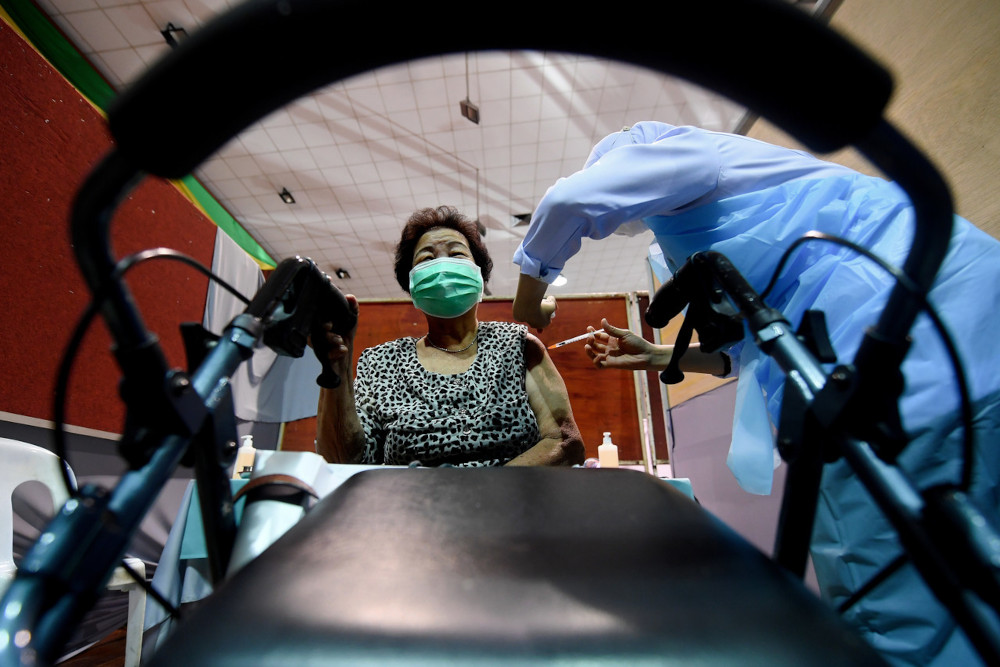 KUALA LUMPUR (May 3): Sign-ups for Covid-19 vaccination in Malaysia have risen to over nine million but official statistics show that just one part of the country is close to fully registered.

Out of all 14 states and federal territories, Putrajaya was the only one with almost 100 per cent registered for the vaccine at 99.43 per cent or 56,578 individuals.

Sabah’s Community Development and People’s Wellbeing Minister Shahelmey Yahya said the state has been conducting awareness campaigns and going on the ground to the elderly and high-risk groups to have them registered for the vaccination, including those in rural areas manually.

To ease the process, it has been decided that individuals may also register for their family members or dependents through their MySejahtera app.

Putrajaya has taken steps to address vaccine hesitancy including removing the AstraZeneca vaccine from the mainstream programme.

The divergent AstraZeneca Covid-19 vaccine programme announced last month after concerns emerged that the European-made vaccine could cause dangerous side effects.

Although the World Health Organisation has since assured people that the risk of contracting and dying from the Covid-19 disease is significantly higher than getting dangerous side effects from the vaccine, fears still remain.

Yesterday (May 2) the registration for AstraZeneca vaccines was made available via separate appointments only, as opposed to the national immunisation programme — which currently does not allow registrants to choose between the Pfizer-BioNTech and Sinovac vaccines used in the programme.

National Covid-19 Immunisation Programme (NIP) Coordinating Minister Khairy Jamaluddin said 8,000 cancelled their vaccine registrations on MySejahtera when they announced the use of AstraZeneca under the NIP.

Due to rising numbers, JKJAV decided to carve out AstraZeneca from the mainstream NIP and have an op-in programme instead.

He added that the low vaccination rates were due to scheduled arrivals of vaccine supplies. He said vaccines that arrive have a 75 per cent utilisation rate, with remaining 25 per cent in reserve for appointments scheduled based on existing vaccine arrival rates.

On April 26 the Health Ministry said that Selangor, Kuala Lumpur and Johor have the most sporadic cases (those where the source of infection is unknown).

Health Minister Datuk Seri Dr Adham Baba said the number of clusters in educational institutions had increased from 12 clusters to 16 and Kelantan’s many tahfiz schools have been affected badly by Covid-19, necessitating an enhanced movement control order in the areas of the school.

Malaysia is currently in phase two of the immunisation programme targeted for those exceptionally vulnerable to Covid-19, including senior citizens, persons with disabilities and those with chronic illnesses.

This phase has been slow in its implementation partly due to the slow registration of its senior citizens. Many are sceptical about taking the vaccine, concerned about side effects.

Phase three of the programme, which will inoculate the remaining adults aged 18 years and above, is set to begin in May.