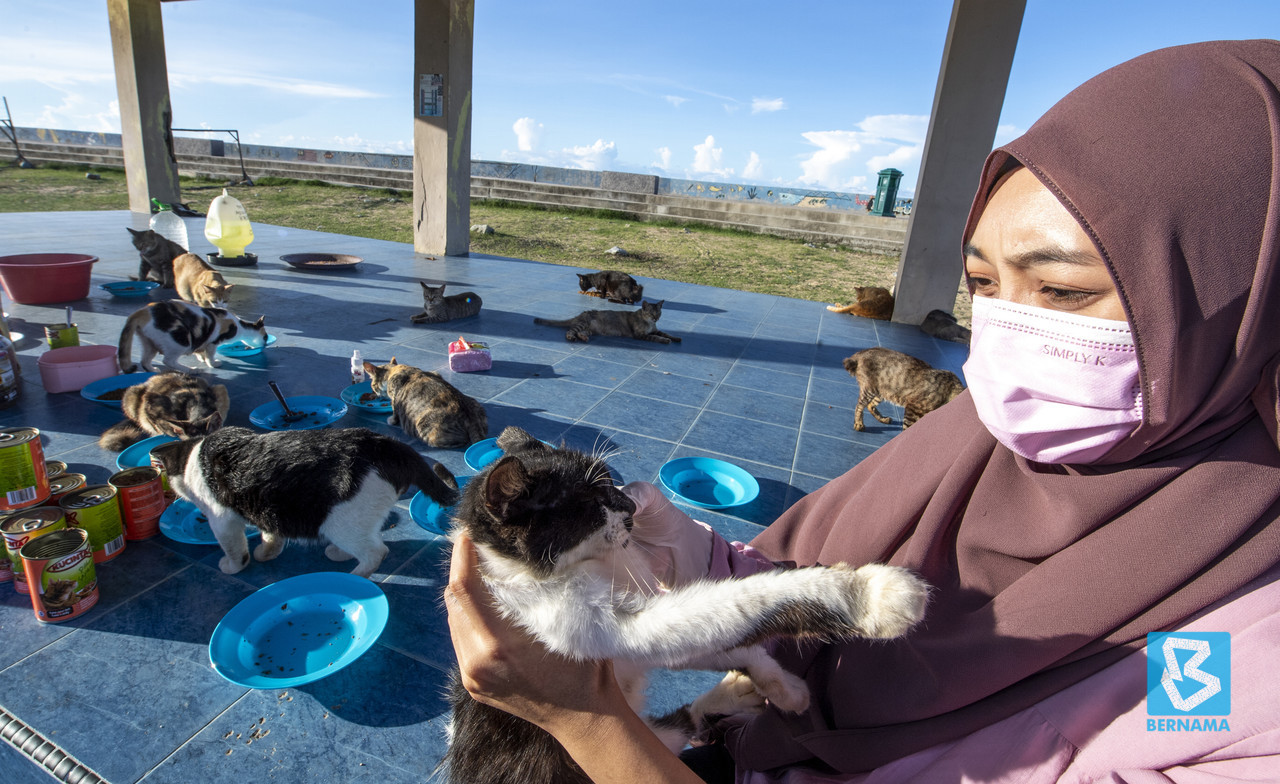 Nor Izyan Syahida checks on one of the strays at Pantai Cahaya Bulan. — Bernama photo

KOTA BHARU (May 3): Almost every evening, Nor Izyan Syahida Rosli will be at Pantai Cahaya Bulan and despite not being a  famous figure or a celebrity, her presence is much awaited by dozens of her loyal fans.

Since a year ago, it has become a routine for Nor Izyan Syahida, 26, to go to the beach with armful of gifts for her fans, comprising more than 100 stray cats, some sickly and in need of treatment,  that have been abandoned by their owners.

This cat feeder and rescuer said she started to feed the cats about a year. 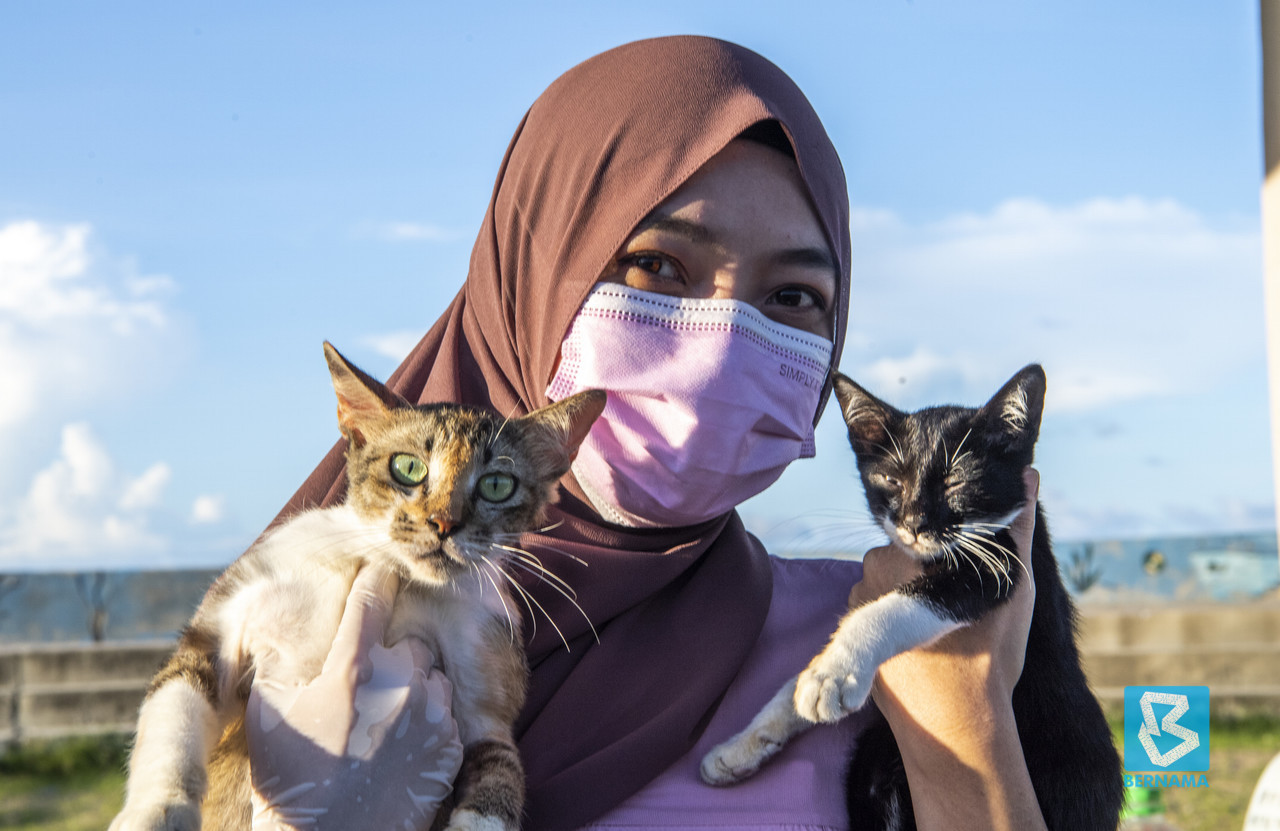 Nor Izyan Syahida holds up two of the stray cats she cares for almost daily. — Bernama photo

“The first time I came here, I brought along 2kg of cat food, and it was snapped up in a very short time.

“At that time, too, I saw how the cats here searched for food, some scavenging through trash bins, but there was no food. It touched me and since then, I have been coming here often to feed the cats,” she said.

Nor Izyan Syahida, from Kampung Langgar, about 24km away from the beach,  said she would always spend about two hours at the beach to feed the cats.

“The cat food is contributed by Dady Oyen Strays Malaysia, which distributes it to stray cat feeders and rescuers nationwide, including me,” she added. 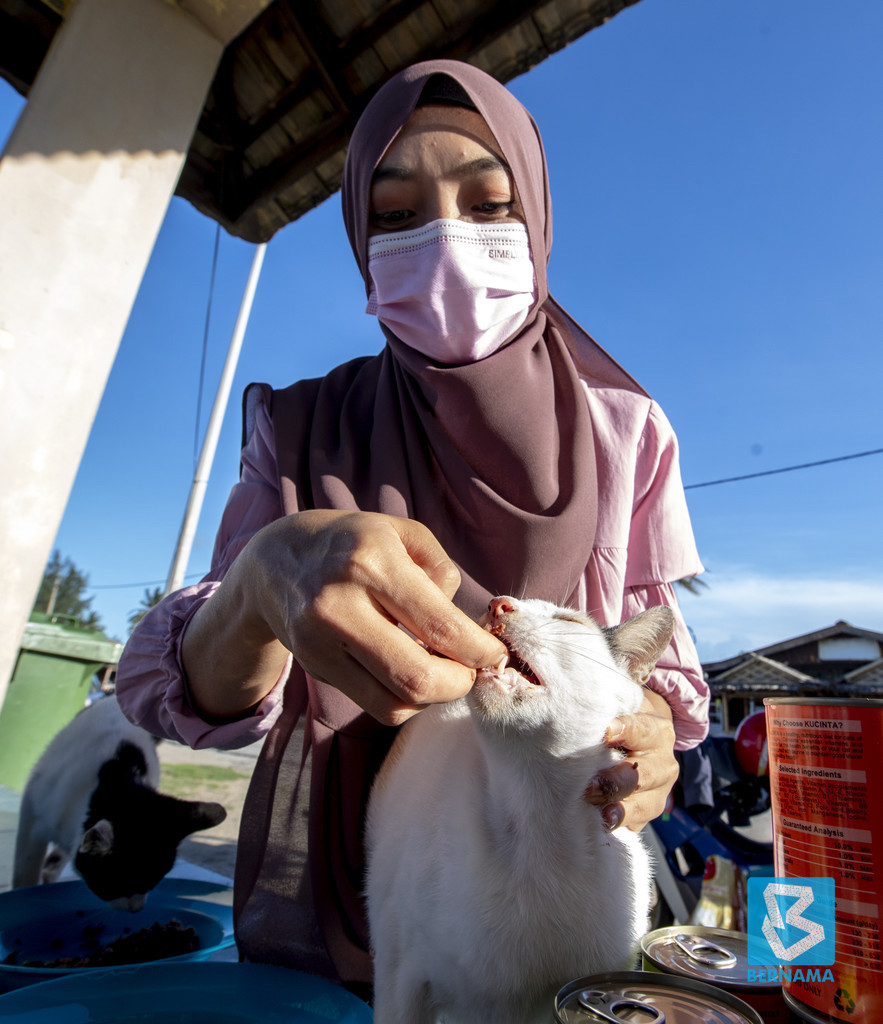 Nor Izyan Syahida also treats the strays for ailments and gives them vitamins and immune boosters. — Bernama photo

A graduate of Universiti Malaysia Sabah (UMS), who holds a bachelor’s degree with honours in Social Science (International Relations), also provides treatment to the cats.

“Apart from food, I also bring medicines such as antibiotics, painkillers, vitamins, immune boosters and supplements as there are some (cats) that need treatment for diseases such as flu, fever, eye infections, diarrhoea, ringworm, as well as those affected by  sporotrichosis and parvovirus.

“If the cat has mild symptoms of pain, I will treat it myself, but if the disease is severe, I will take it home and then take it to the Veterinary Clinic,” she added.

After feeding and rescuing stray cats for a year, Nor Izyan Syahida said she would continue to do so and hoped that the public would be more sensitive and not dump cats. — Bernama 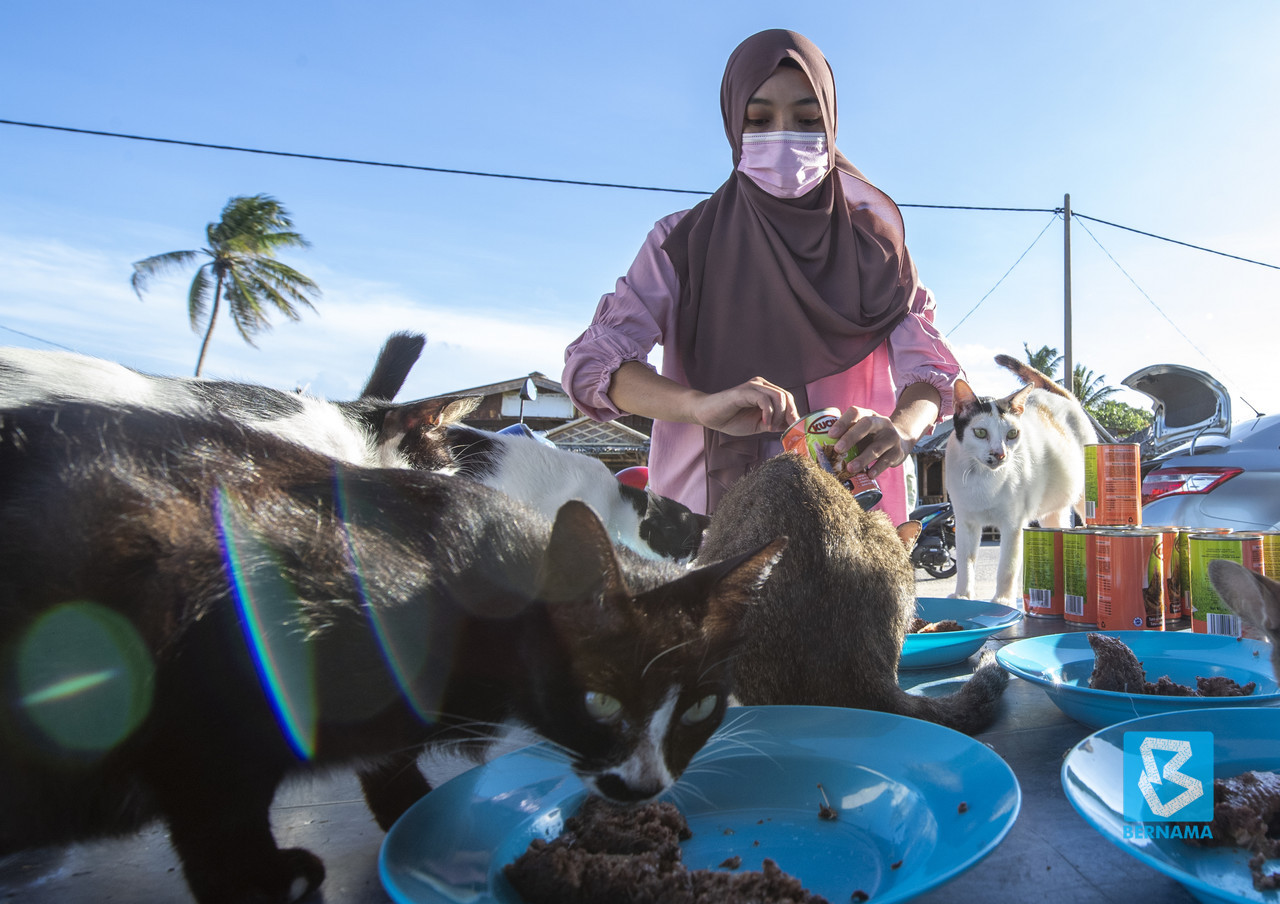 Nor Izyan Syahida is a Universiti Malaysia Sabah graduate with a bachelor’s degree with honours in Social Science (International Relations). — Bernama photo

Previous ArticleChai: Tighten SOP, enforcement instead of imposing another round of MCO
Next Article Covid: Two Malaysians among 14 community cases in Singapore