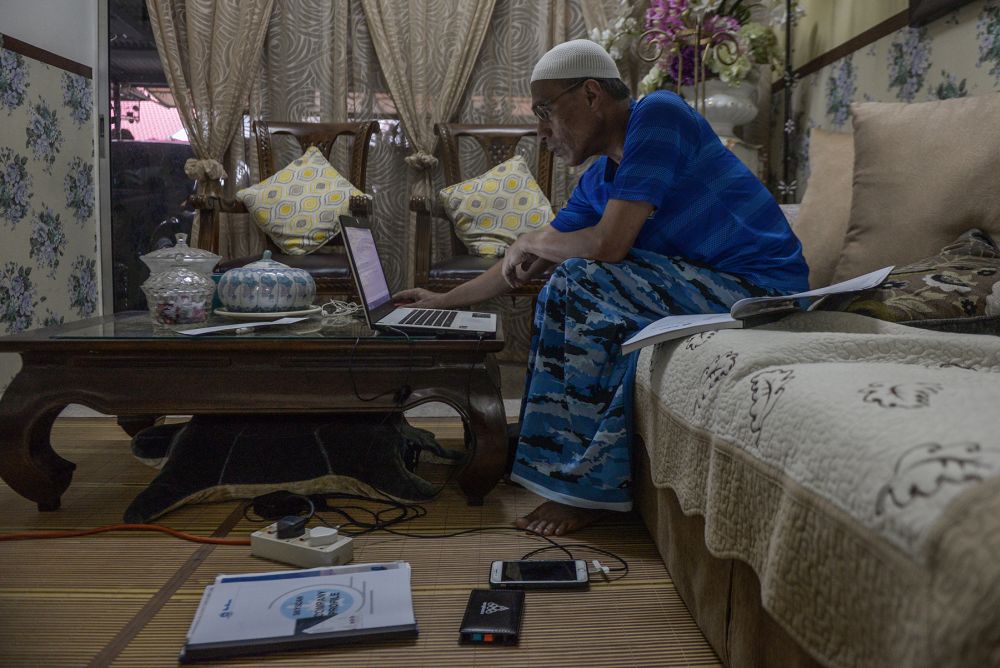 A man works from the comfort of home during phase three of the movement control order in Shah Alam April 15, 2020. The senior defence minister today said the International Trade and Industry Ministry will announce which sectors will be affected and what standard operating procedures will apply. — Picture by Malay Mail

The senior defence minister said the International Trade and Industry Ministry will announce which sectors will be affected and what standard operating procedures will apply.

“There are two separate divisions in this work from home category. One is the public or government staff and the others is the private workforce. As for the public and government sectors we will be announcing the SOPs,” he said during his security briefing.

“As for the private sector I believe Miti is working on the SOPs and so on so let us wait for their feedback and see what they say.”

Six districts in Selangor have been placed under an MCO from May 6 following spikes in Covid-19 cases for the past two weeks.

The decision to put Ulu Langat, Petaling, Gombak, Klang, Kuala Langat and Sepang under MCO until May 17 was done after consulting with the National Security Council and Selangor state government.

The MCO rules will apply during this duration with shops and eateries allowed open till 12am, pharmacies and petrol stations till 10pm while Ramadan bazaars can still operate with the final say left to the respective state governments.

Apart from that there will be no interdistrict nor state travel allowed for people living in these districts except for emergencies. — Malay Mail

Previous ArticleIsmail Sabri: Parents may still cross state lines to get children from universities in MCO zones
Next Article Ismail Sabri: Tourists no longer allowed to travel between states under RMCO