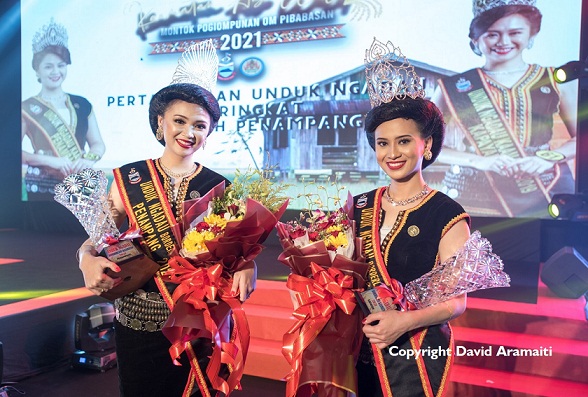 Carrey (left) and Dorna (right) would both be going to the State Level Unduk Ngadau Borderless competition to be held at the end of May. – Photograph by David Aramaiti.

She will be representing the district for the finals to be held at the end of the month at the Kadazandusun Cultural Association (KDCA) near here.

Carrey brought home a crown, a trophy and sash as well as cash prize.

First runner-up, Dorna Mayna Michael, 22, from Kampung Nabangkung near here would also be contesting in the same upcoming state level competition. However, she would be representing Kapayan in the contest.