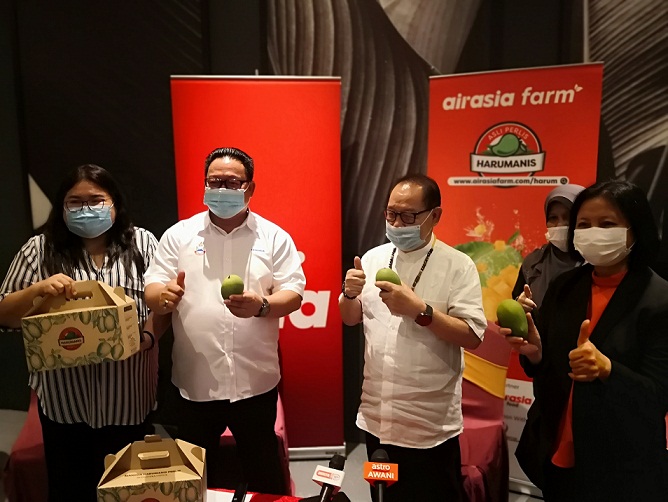 KOTA KINABALU: The Ministry of Agriculture and Food Industry hopes to see local fruit such as tarap and bambangan exported not only to West Malaysia but to the world, via airasia farm.

“We see this as a new platform to export and expand our market for our agricultural products. Sooner or later, we want to see locally grown fruit such as tarap and bambangan, and even pomelo and langsat, exported not just to West Malaysia but to the world.

“We are happy to hear this new initiative by airasia. Now they are not just flying people, but produce as well,” said Jeffrey.

He further commended the airasia farm initiative with its plans to set up cold storage facilities and training centres to promote e-commerce in Sabah.

He said this at the airasia farm media roundtable event on Monday night.

Airasia farm CEO Joanna Ibrahim said the fresh produce e-commerce platform aims to set up a warehouse in the city by the second quarter of this year, which will serve as a cold storage facility, office space and training centre to enhance e-commerce in the state. She also said similar facilities are in the pipeline for Sandakan and Tawau.

Airasia farm is a business-to-business (B2B) online platform providing fresh produced items direct from the farm, eliminating middlemen. It aims to provide buyers with the best quality produce and price based on their need.