Monday, May 10
You are at:Home»News»Sarawak»No need for DUN meeting on purchase of Covid-19 vaccines – Henry 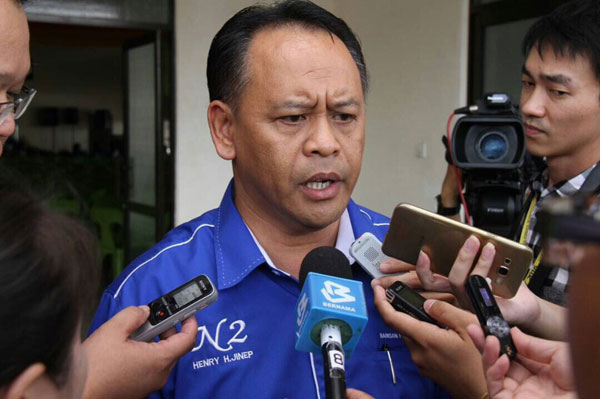 He said this is the time of real need and emergency to save the life of Sarawakians, thus, there is no need to discuss it in the DUN.

Aside from that, he believes the amount to be spent on purchasing the vaccines may not be as huge as one may think.

“Let’s say you want to purchase one million doses of vaccine, and the cost is about RM50 per dose, then altogether it is only about RM50 million.

“What is RM50 million? Do you think we have to spend our time to deliberate on that?” he said when asked whether a DUN meeting should be convened to deliberate on Sarawak’s purchase of vaccines.

Deputy Chief Minister Datuk Amar Douglas Uggah Embas on April 23 revealed that the federal government had approved the Sarawak government’s request to purchase its own Covid-19 vaccines for the use of the people of the state.

Uggah, who is also the State Disaster Management Committee (SDMC) chairman, said the approval was given during his meeting with Coordinating Minister for the National Covid-19 Immunisation Programme Khairy Jamaluddin in Putrajaya earlier.

Following that, he said the State Covid-19 Advisory Group (Scovag) was given the responsibility to discuss the purchase with vaccine suppliers.

“We are now discussing the matter with the relevant authorities to sort out how we want to purchase it (the vaccines). It will be used as reserve in case there is any problem with the supply from the federal government,” he was quoted as saying.