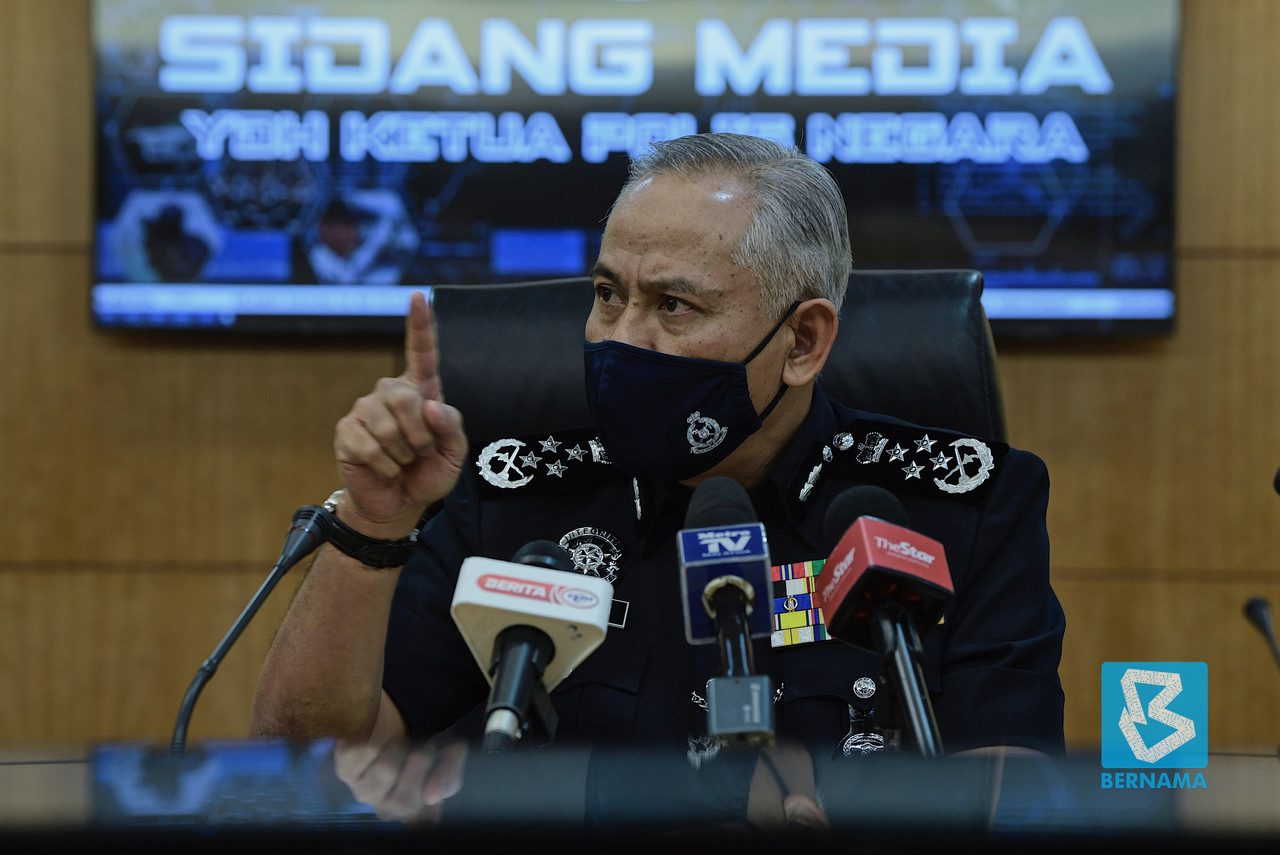 He said they are to strengthen integrity among PDRM personnel, strengthen the PDRM service delivery system, and continue the government’s efforts to maintain the well-being of the society.

“To ensure that this is achieved (strengthening integrity), PDRM has to organise programmes to brief personnel on the matter, hence the need for all state police contingent headquarters, district police headquarters and police stations to conduct In-Service Training (LDP),” he told Bernama in a special interview in Bukit Aman, here, recently.

Acryl Sani said the LDP should be conducted at least once a week to brief the staff on current issues.

He expressed the need for reforms in the work culture of PDRM to enhance integrity of the police force.

“PDRM will never hide any form of criminal offence, misconduct, corruption, or indiscipline among its personnel,” he added.

On the second focus, which is to strengthen the PDRM service delivery system, Acryl Sani said this is not confined to only the service provided at police stations and roadblocks, but also also anywhere that involves interaction between PDRM and the community.

This in is line with PDRM’s slogan ‘Ready to Serve’, he added.

The slogan, he said, should be applied by all PDRM members not only when serving the community, but also among fellow police  personnel.

Acryl Sani also gave the assurance that the welfare of police retirees would not be neglected.

“I’ll instruct all district police chiefs to update information on police retirees, like the addresses, to the Police Retiree Unit in Bukit Aman,”  he added.

Meanwhile, on the third focus, which is to continue the government’s efforts in maintaining the well-being of the community, Acryl Sani said PDRM would always assist the government in curbing the spread of Covid-19 and ensure the prescribed standard operating procedures (SOPs) were complied with by the people.

He said said PDRM would also continue to help the government to break the chain of the Covid-19 infection. — Bernama