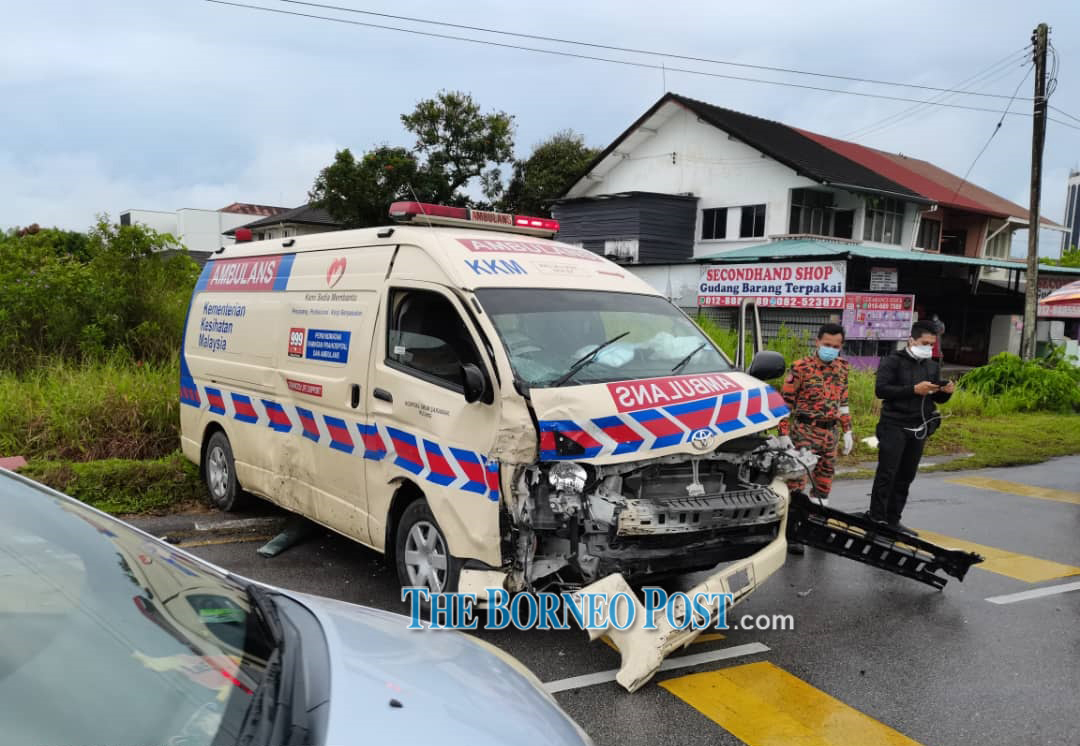 The damaged ambulance is seen at the scene of the accident.

KUCHING (May 7): An ambulance from the Sarawak General Hospital (SGH) was involved in an accident at Jalan Rock this morning.

According to sources, the ambulance was on its way to the hospital after picking up a suspected Covid-19 patient at BDC when it is believed that the driver of a multipurpose vehicle (MPV) travelling from the opposite direction somehow lost control, went over the central median strip, and crashed into it.

As a result of the impact of the crash, one of the nurses in the ambulance suffered injuries to her left eye.

No one else in the ambulance, including the patient, sustained physical injuries in the incident.

At the scene were firefighters, who provided first aid.

The injured nurse and suspected Covid-19 patient were later brought to SGH by the Fire and Rescue Department’s Emergency Medical Rescue Services ambulance.

Photo shows the multipurpose vehicle that was involved in the accident.