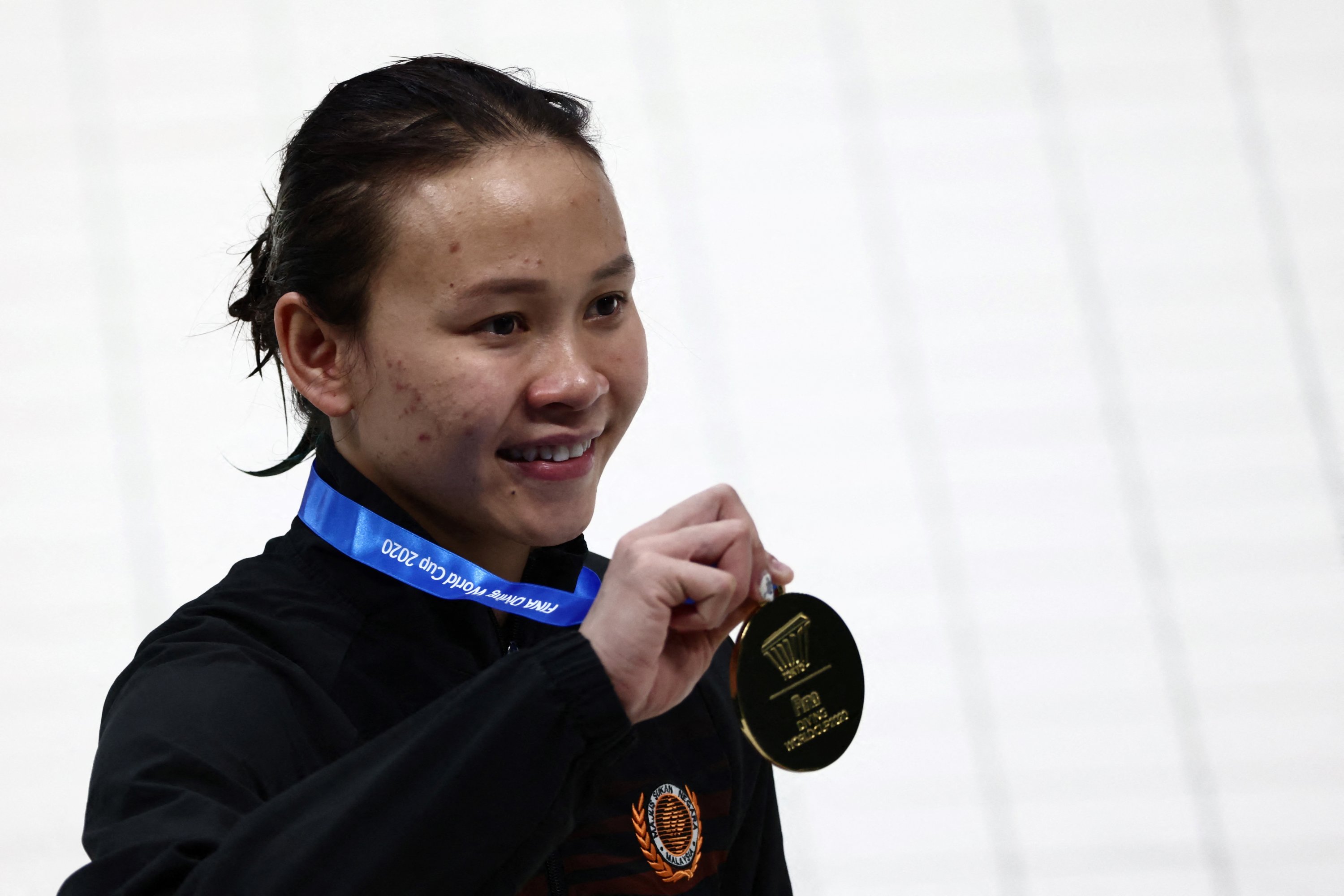 Pandelela shows her gold medal after the women’s 10m platform final at the Fina Diving World Cup and test event for the Tokyo 2020 Olympic Games, at the Tokyo Aquatics Centre on May 5, 2021. – AFP photo

However, he pointed out that it was not good to always reward an athlete each time he or she won something.

“If we keep on thinking of giving rewards every time somebody gets a gold medal or achieves fame, it will not be good also because athletes normally love their sport and they are passionate about what they are doing.

“But the state will have its own way of rewarding them,” he told reporters here yesterday.

Abdul Karim revealed that he had received phone calls from people asking if the state would accord Pandelela – a two-time Olympic medalist – with a Datukship in recognition of her sporting achievements, similar to several other renowned national athletes.

“My reply was, she’s only 28 years old, don’t spoil her. I mean can you imagine someone in their 20s having a Datukship? It will be very difficult for her to interact normally outside – when you got friends outside, they call you ‘Datuk’ and things like that.

“I mean let her enjoy her life. The monetary contribution from the state government will come, but we do not want to highlight it too much. We would want her to bring us more fame and for her to enjoy the sport that she loves,” he said.

The minister also credited Pandelela’s achievements for creating a lot of interest in diving among younger Sarawakians.

“I can see that we do have quite a number of young athletes coming up in diving from Sarawak, which probably in the next few years we would be able to see them creating waves, maybe in state or national circuits.

“I hope with this latest gold medal achieved by Pandelela, it will create more interest in diving as well as other water sports,” he said.