Tuesday, February 7
You are at:Home»News»Nation»Trade groups urges Putrajaya to spell out Covid-19 exit strategy amidst MCO 3.0
For the freshest news, join The Borneo Post's Telegram Channel and The Borneo Post on Newswav. 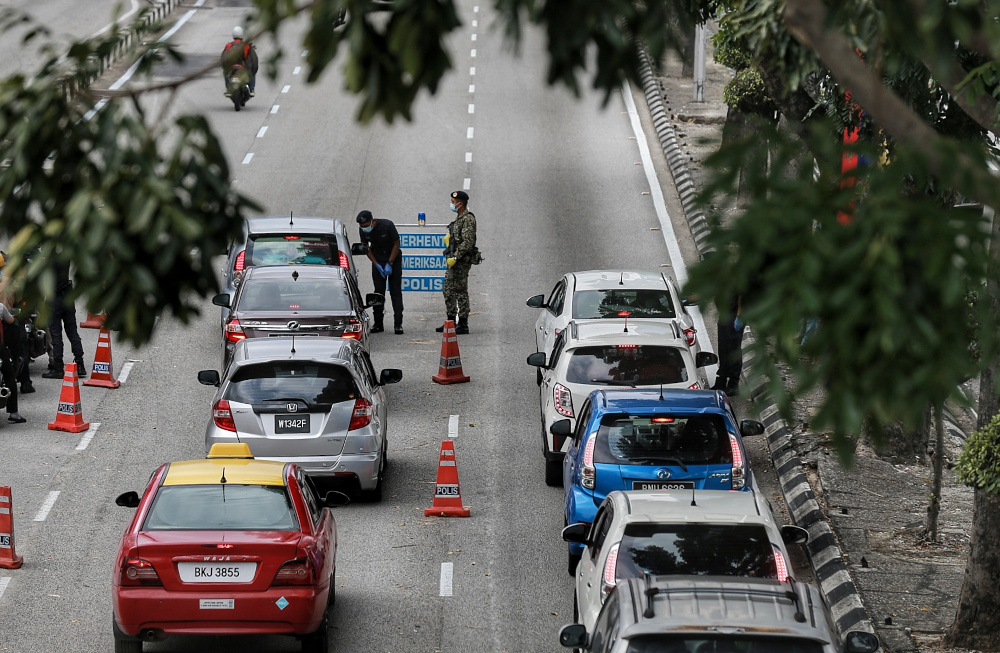 KUALA LUMPUR (May 8): With the third round of movement control orders (MCO 3.0) announced, trade groups said the government must urgently announce a blueprint on how to prevent already-struggling businesses from collapsing completely.

Industries Unite co-founder Datuk David Gurupatham said many businesses have barely been surviving since the first MCO last year, and will not be able to endure another financial blow without clear government assistance.

“No (loan repayment) moratorium was announced. It was said banks are under a strain. However, a moratorium is a must this time as most businesses have exhausted their reserves and cannot meet financial obligations,” he told Malay Mail.

“We need a clear path forward to be shown by the government. What is their plan to revive the economy? To inject confidence in the economy,” he added.

Restaurant and Pub Owners Association (PPRB) vice president Jeremy Lim concurred, saying that both the public and business owners needed to see a “master plan” that would help steer the economy around the pandemic and the lockdowns implemented to contain it.

He said that while measures such as the MCO were unpopular and financially devastating, Malaysians would find them more bearable if they could see that these contributed to an overall strategy to overcome the pandemic.

“It will be painful for businesses and our employees but if the government has a roadmap and milestones, I don’t see why we cannot beat this and come out on top,” he said when contacted.

Lim also said that while shifting to deliveries has helped some restaurants weather the initial storm, not all were geared to cater strictly to take-aways and deliveries.

WIthout a clear plan to stop the country from lurching from one MCO to another, he said it was not feasible for some restaurants to keep operating without clarity.

“Speaking on my personal capacity as a restaurant owner, our model is not built for delivery services. And I think this is relevant for most mid to high end restaurants.

“Our staff are paid on a higher scale, we have invested a lot on the outlet, location is pretty prime so rental is also a factor, on top of that we have to pay up to 36 per cent commision to our delivery partners.

“Furthermore, if a restaurant can serve 100 people at a time, they have 10 waiters and eight kitchen staff. When you go into a delivery model, the restaurant definitely does not need so many staff. All this makes delivery only models not profitable and unsustainable,” he said.

The Malaysia Retail Chain Association (MRCA) expressed worry that an unplanned extension to the MCO 3.0 will further depress the retail industry, which in turn would affect players down the entire supply chain.

Using the food and beverage industry as an example, the association said that when retailers selling food items decide to close shop, manufacturers — such as those that make bottled sauces — will also lose significant business.

“While some businesses have seen some improvements in March and April, there are many that are still struggling with accumulating debts since last year and may not be able to sustain another round of MCO.

“This in turn will affect the employees as the majority of companies are likely to implement immediate cost reduction exercises in response to MCO 3.0 due to the uncertain business outlook,” the association said when contacted.

It is set to last from May 6 to 17, putting in place restrictions such as a ban on dine-in customers at eateries, a ban on public and private events, and a 30 per cent cap on the amount of management staff allowed to work in-office.

A day later, he also announced that the MCO would be imposed on the country’s capital of Kuala Lumpur from May 7 to May 20.

On January 13, the government enforced what came to be called the MCO 2.0, which was supposed to last until January 26. However, it was eventually extended to the start of March. – Malay Mail