Monday, September 27
You are at:Home»News»Sarawak»52-year-old man killed in collision with logging truck in Tatau 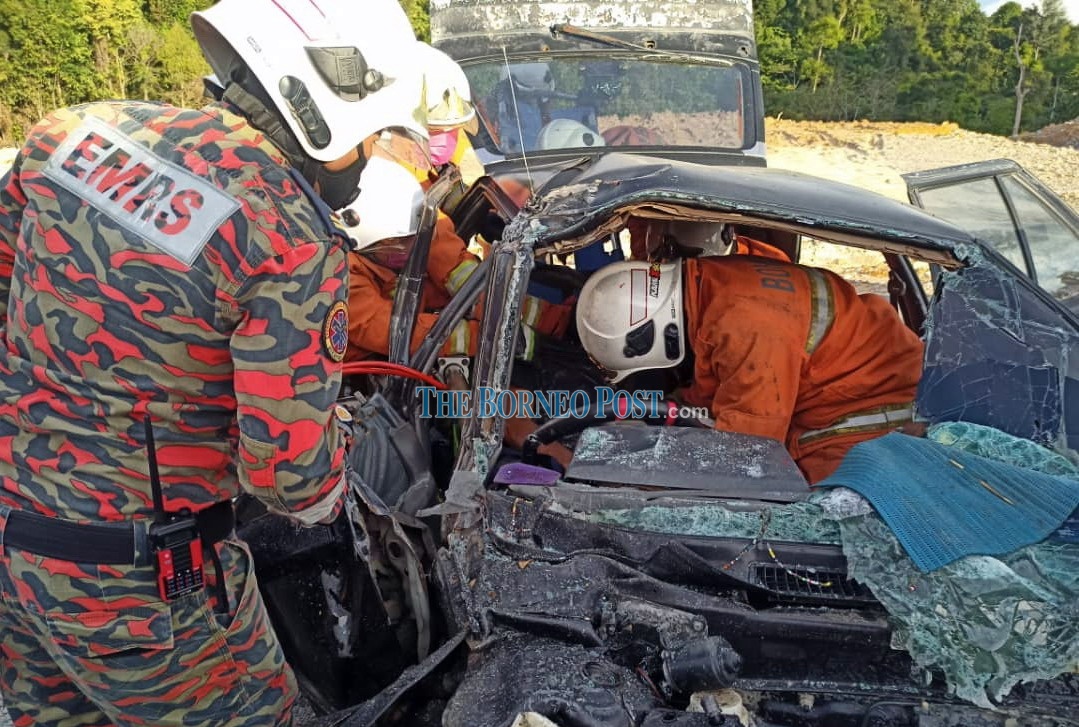 Bomba personnel trying to extricate the victim from the wreckage.

TATAU (May 9): A 52-year-old man was killed after his car collided with a logging truck at Jalan Selangau-Tatau, Sungai Aping here yesterday.

The deceased was identified as Berain Menggong, from Rumah Manja, Sungai Jelai Tatau.

Bintulu Fire and Rescue Department (Bomba) Bintulu Zone chief Wan Kamarudin Wan Ahmad said a team of firefighters from the Tatau fire station was rushed to the scene after being alerted about the accident at 4.40pm.

Upon arrival at the scene, he said another team from Selangau fire station was already at the scene to extricate the victim who was pinned to his seat.

He said the victim was pronounced dead at the scene by medical personnel from Sungai Arip Selangau health clinic, while the logging truck driver escaped unhurt in the accident.

The victim’s body was later handed over to the Mukah police for further action.