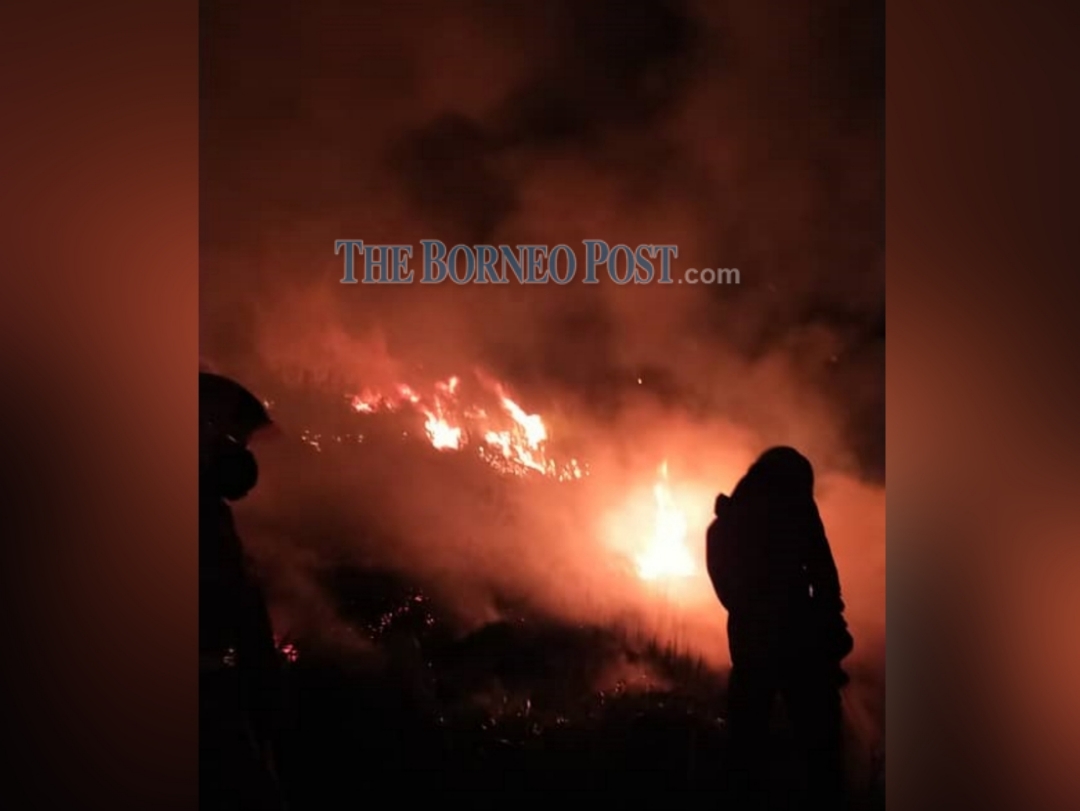 SIBU (May 15): About two acres of land at Pulau Li Hua was ravaged a bush fire last night.

However, according to the Sibu Fire and Rescue Department (Bomba) spokesman, no human casualties were reported.

The spokesperson said the department received a distress call around 8.18pm, and a team of five firefighters were promptly dispatched to the scene, led by Senior Fire Officer II Omar Ali Saifuddin Enton.

“About two acres of the land was already caught in a bush fire when we arrived at the scene and we managed to extinguish the fire,” he said in a media statement.