Sunday, September 19
You are at:Home»Columns»To Datuk or not to Datuk 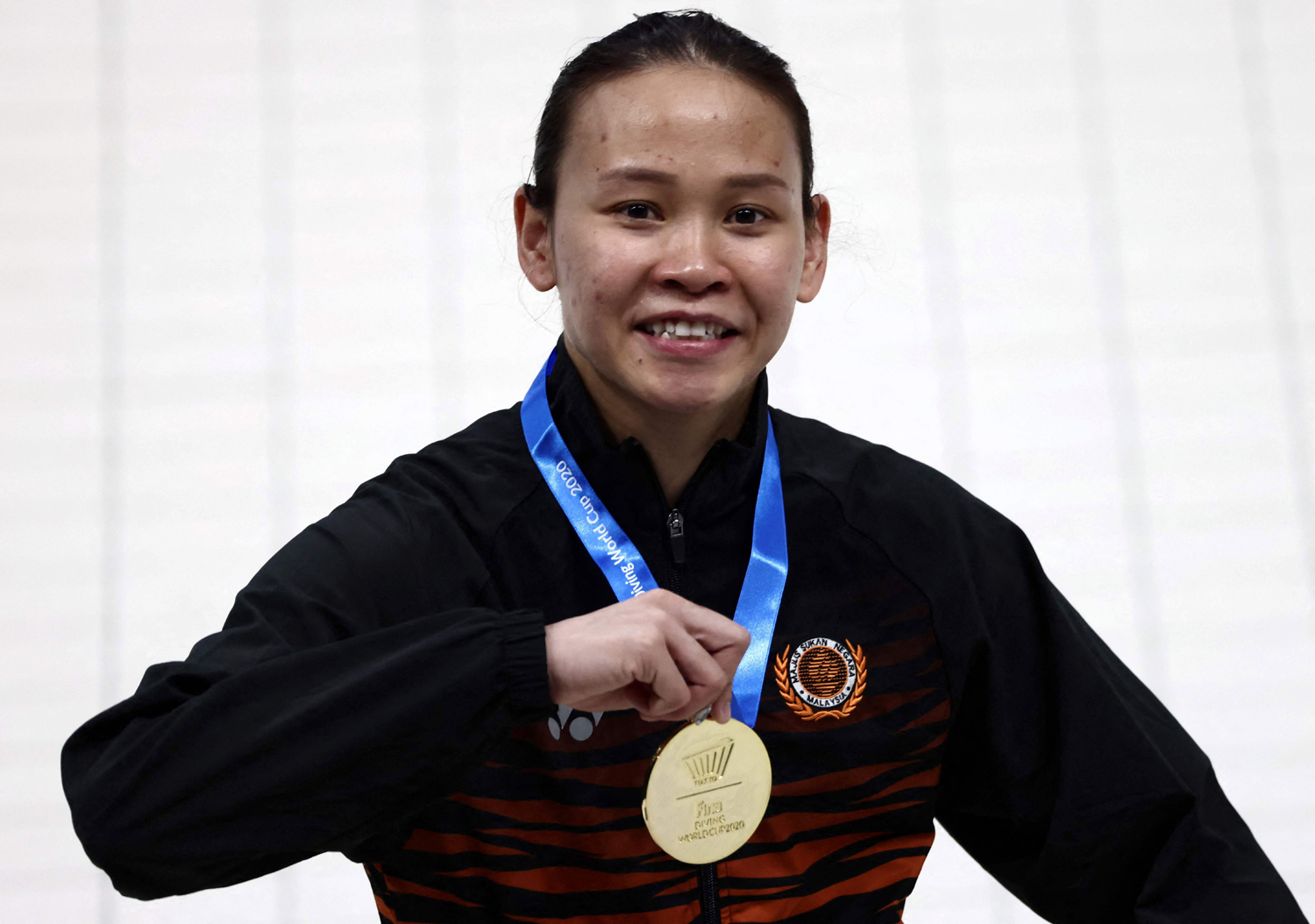 Pandelela shows her gold medal after the women’s 10m platform final at the FINA Diving World Cup and test event for the Tokyo 2020 Olympic Games, at the Tokyo Aquatics Centre on May 5, 2021. — AFP photo

THAT was the question posed to the Sarawak Minister of Sports, Datuk Karim Hamzah. That whether our newly crowned World Gold Medallist diver Pandelela should be awarded the Datuk title. A devious and seasoned politician might have employed the art of equivocation. As the bard William Shakespeare (through one of his characters in the play Macbeth) said, “… an equivocator, that could swear in both the scales against either scale”, namely, to say a lot but still leaving the questioner nonplussed. However, Minister Karim Hamzah is a straight-shooting person, he expressed his opinion openly.

“My reply to them was, she is only 28 years old, and we should not spoil her … can you imagine someone in their 20s having a Datukship? It will be very difficult for her to interact normally outside … This is because if we keep on thinking of giving rewards every time somebody gets a gold medal or achieves fame, it will not be good, also because athletes normally love their sport and they are passionate about what they are doing.”

As expected, the Minister drew quite a bit of flak for his remarks, ranging from the more sober calling him “Heartless”, “Dismissive”, “talking down”, to the more vituperative and threatening outbursts coming from the anonymous on the social media. Then what do we expect from the social media? I always akin the social media to a snake pit where the snakes slither out from the confine of the pit and infect the minds of the people at large. Anyway, let’s talk about this another time. For now, I want to deal with the two main reasons that the Minister gave for not conferring the title to Pandelela – that rewards might spoil the sportswomen and with a title of Datuk it might be difficult for the young champion to interact normally outside.

Let’s take the issue of being spoilt: Pandelela has devoted years of hard work, sweat and tears to reach the pinnacle where she stands. She knows she is only as good as her last dive. In other words, she is aware that once her form drops, she will lose her lustre. If indeed she chooses to retire now (assuming she is amply rewarded) then that is her choice. After all, she has given 20 years of her life to this sport. Yes, that is 20 long years and under a very strict training regime. I remember in 2000 I was still active as a diving instructor (SCUBA). I remember one day I was with a bunch of students going through a routine of underwater training exercises in the diving pool when suddenly bodies were bombing into the pool. As I looked up, I saw that they were little kids. I surfaced and came face to face with a Chinese lady. I was about to tell her off for letting her charges bomb dive above us which could very easily cause an accident. Well, the lady must have “toughness” for breakfast. She told me off in no uncertain term. I am not surprised if among those kid divers were the like of Pandelela, Bryan Nickson, Traisy, some of our champion divers. My point is that these champions had laboured for years under the stern uncompromising regime of such coaches. They are not going to be spoilt that easily by some rewards.

The second reservation of the Minister is that the title Datuk being conferred on a young person might make it difficult for her to “interact normally outside”. Let us backtrack a bit and look at the reason behind the honorific. It is conferred on an individual who has contributed significantly to the state and nation. Pandelela has contributed much and brought honours to Malaysia and Sarawak, certainly more than all the other Datuks.

If the conferment of a title of Datuk on this young lady makes it difficult for her to interact the ordinary people, it is not necessarily her fault. I content that it is our fault: our propensity to subservience in the face of a titled person. This is the ampu culture that is prevalent in Malaysia. Somehow in the company of a titled person, we psychologically and intellectually emaciate ourselves. In Sarawak, cockfighting, now declared illegal, was a popular event in the rural areas. The connoisseurs of this sports (can I call it a sport?) have certain beliefs. One of them being that fighting cocks of certain colour feathers has a psychological edge over others, depending on the time of the day. They call it “kalah bulu” meaning lost to the colour of the feathers. I mention this somewhat obscure belief because I always feel that in the presence of a titled person many of them are “kalah bulu”. Somehow, we accept that their words carry more weight than others. That being the case, is it is a wonder that there are so many Datuks in the land. Yes, the title does carry perks. I have been in many meetings where sycophants would intersperse every other sentence with “Datuk” in the bid to strengthen their arguments. It is an assertion that if the Datuk says so it must be right. Most of the time the members would be cowed into accepting it. That why many resort to obtaining that accolade and some even by dubious means. There is an unfunny joke going around that in Malaysia there are so many Datuks that if one were to throw a stone in the air there is a great chance it will land on a Datuk.

So, when Minister Karim said that it will be difficult for a young lady with a title to interact normally outside, I presume he has this scenario in mind — that a senior untitled person might have difficulty in carrying himself with the proper decorum in the face of Datuk Pandelela and might have to accept that her words carry more weight. Well, let me say this. I am well more than twice the age of the 28-year-old Pandelela and by dint of having been around longer, I have more knowledge than her. But when it comes to talking about what it takes to be a champion, particularly in diving, I would willingly sit at her feet and listen to her lecture.

So, give her whatever financial rewards and title the State can muster. She has paid her dues and richly deserves the recognition.