Saturday, August 20
You are at:Home»News»Nation»Muhyiddin: No double standards in complying with Covid-19 SOPs, impossible to monitor entire country 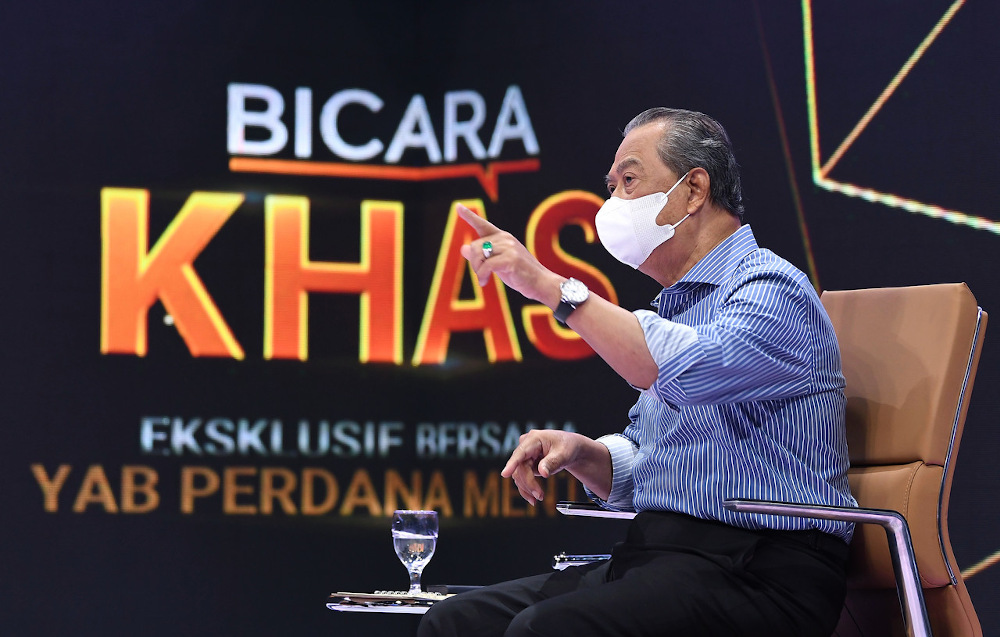 KUALA LUMPUR (May 23): It is impossible for the government to monitor the movement of the entire country’s population in ensuring they abide by Covid-19 standard operating procedures, Prime Minister Tan Sri Muhyiddin Yassin said today.

Responding to claims and accusations of alleged double standards in the enforcement of SOPs, Muhyiddin insisted no one was spared from prosecutions but conceded that some could have ‘gotten away’ in the absence of enforcement officers.

“Our government’s policy is that we do not practice double standards. It doesn’t matter who, if it’s a minister or a Prime Minister, if there is conclusive evidence then they will not escape punishment or fines of any sort.

“That is a fact of law. It’s just that sometimes people question why certain individuals are not arrested. The thing is the SOPs are currently imposed on some 30 million people in Malaysia.

“I would like to ask you a question, can I monitor all 30 million people of where they go or hangout? All of our movement is linked to the SOPs currently enforced. So let’s say if an offence is committed, I can’t possibly monitor him all the time, right?

“And if there is no enforcement in the area where an offence is committed, I can’t possibly deploy 100,000 enforcement officers to look after 30 million people. It’s not even possible,” he told Radio Televisyen Malaysia (RTM) during a special interview.

Muhyiddin said it’s crucial for one to practice self-control or a self-styled lockdown to avoid facing any forms of punishment for flouting the SOPs.

In recent months, there has been an increasing amount of accusations against government authorities for practicing double standards when punishing people who violate Covid-19 SOPs, where popular celebrities and high-ranking government officials have been dealt with more leniently than the public.

Muhyiddin later said it was alright to shift the blame to the government or the prime minister, but stressed that everyone had a role to play in flattening the pandemic’s curve.

“If you want to blame the government, voice your anger towards the prime minister, it’s alright, I accept them.

“But I know how difficult it is to handle the current situation. We must accept the fact that measures taken are not on the basis of the whole of government, but the whole of society,” he said. — Malay Mail

Previous ArticleMuhyiddin: ‘Confusing’ and ever-changing SOPs due to ‘dynamic’ circumstances of Covid-19 pandemic
Next Article Budget 2022 to focus on helping people, says Muhyiddin