Wednesday, July 6
You are at:Home»Columns»‘Those walls knew too much’ 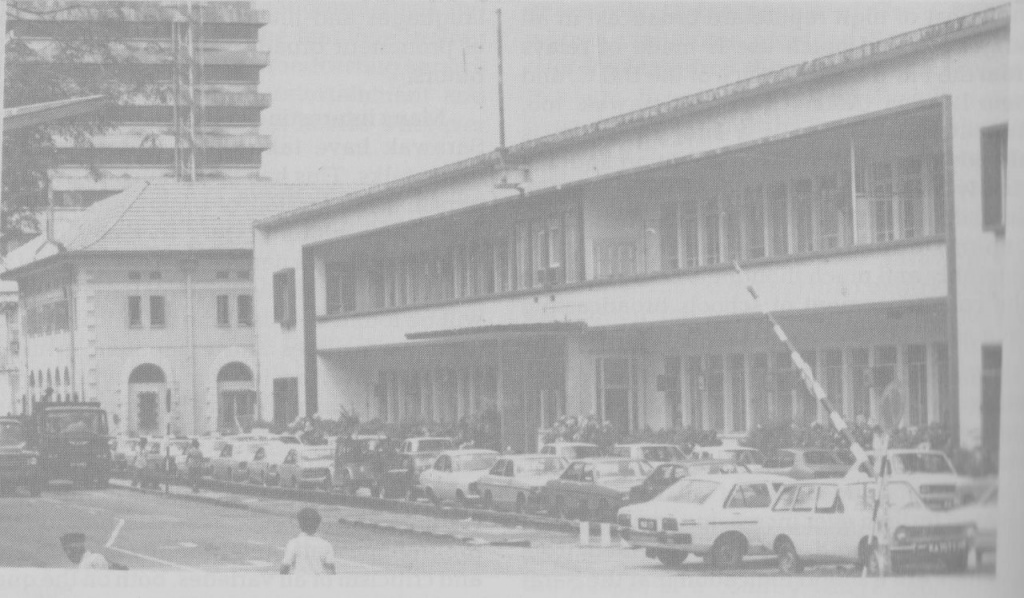 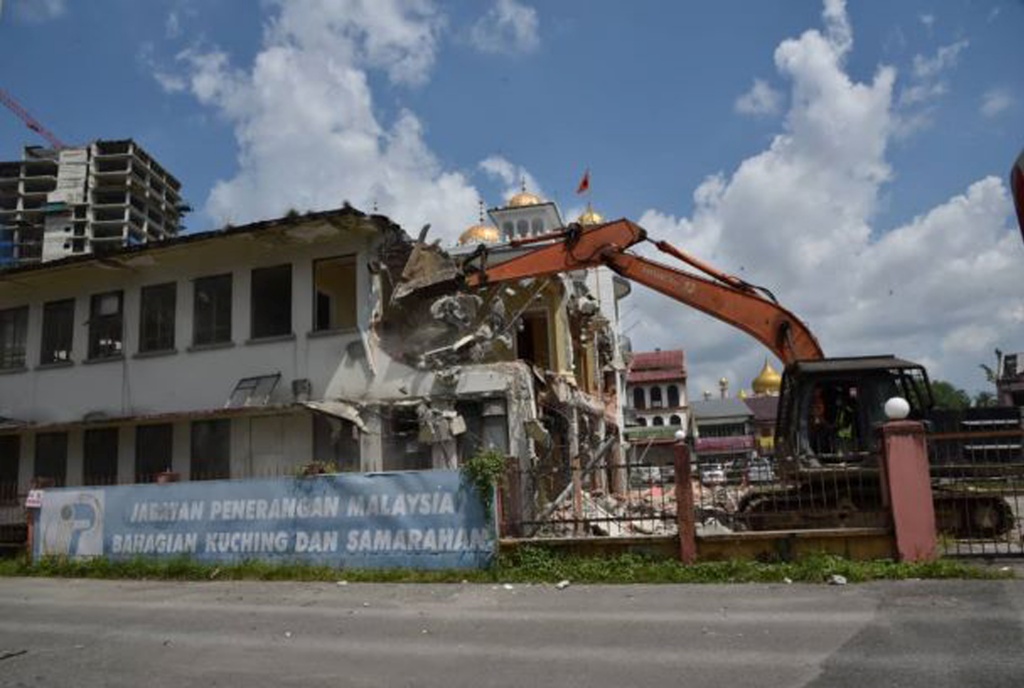 Demolition of the half-century-old Information Department building in Kuching being undertaken, as shown in this photo taken late last month.

AH, if walls could talk!

I’m referring to the recent demolition of a building in Kuching that used to house the Malaysian Information Services Department (MIS).

Another building of historical value has turned to dust. Those walls knew too much.

Indeed, one of the main jobs of the Information Office was to monitor the contents of the local daily newspapers and other publications, especially those in Mandarin.

It was a control on the freedom of the press. If any publication was against the formation of Malaysia, or was not toeing the government’s line, the people running it would be classified as ‘anti-national elements’.

Another government department was functioning at the same period, the Sarawak Broadcasting Service (Radio Sarawak).

Both outfits were working hand in glove: one producing the pro-government views or propaganda on Malaysia, while the other propagating or disseminating it as widely as possible. Among the information broadcast was the importance of the principles of good governance (rule of law, integrity of government officials, provision of social welfare for the people, and fair and regular elections including local government elections).

The policy on the local government elections was to prepare Sarawakians to produce responsible political leaders for the state in line with the Nine Cardinal Principles enunciated by the last Rajah of Sarawak, Vyner Brooke, in 1941 — and for the Federation itself.

The pro-Malaysia message was drummed into the public mind on a daily basis by radio broadcasts and film shows carried out by the MIS in each district every weekend. Publications like the ‘Pemberita’ in the Iban language were widely distributed among the members of the Iban community, a group in Sarawak considered by the colonial authorities as ‘important’ in terms of support for the formation of Malaysia.

While the MIS building and all the secrets that it might have contained have become rubble, the Broadcasting House is still there, now part of a bigger complex. I notice that the south wing of the original building is still there, as seen from the roadside. That was the office of Peter Ratcliffe, the ‘Director’.

I hope they would not demolish that part of the complex because, if walls could speak, they could tell us about important colonial officers discussing what to do with the future of Sarawak. They could reveal the core of British policies for us – preparations for Sarawak to attain self-government leading to full independence within the family of the British Commonwealth of Nations.

That did not happen. Wars, cold and hot, plus Azahari’s rebellion in Brunei, Sukarno’s ‘Konfrontasi’, the Philippines’ claim over North Borneo, and the war in Indo-China – the British officers on the ground had to think carefully about how they would leave us, unlike how their officials had left India in 1948.

An alternative was found necessary, but what?

A better choice was for Sarawak, together with North Borneo and Brunei, to merge with Malaya and Singapore. And that was the course to take from then on.

Sarawakians were told to accept this merger as a better option to the Confederation of Borneo States. Sheik Azahari’s rebellion and Sukarno’s territorial ambitions, if either had been successful, would have smothered Malaysia at birth.

After Malaysia, MIS continued to function to make the Federation a success; hence, the song lyrics: “Dari Perlis Sampai Lah Ke Sabah, Kita Sudah Berjaya (From Perlis All The Way To Sabah, We Have Succeeded).”

The ‘Old Secretariat’ is gone. On its former site now stands a big shopping mall.

A lot of important events took place there; many crucial decisions were made about the future of Sarawak.

I cherish the memory of my first meeting with the Chief Minister. With me were Wan Alwi Tuanku Ibrahim, Tan Sri Gerunsin Lembat and Datuk Sri John Nichol. We had a meeting with the Attorney-General Tan Sri Philip Pike, and the Minister of Natural Resources, Datuk Teo Kui Seng, about the possible problems with the proposals to overhaul Sarawak Land Code 1958 by a set of new Ordinances.

As some of you may know, the Land Bills Crisis of 1965 had led to many unexpected things! It was followed by the constitutional crisis leading to the eventual ouster of the Chief Minister and the change of government in 1966. All these had taken place inside that Secretariat Building, later used by the Audit Department.

If only its walls could talk!

In future, I’m sure that the society would be alert to hints of government’s move to remove or demolish a building or a monument of historical significance.

The best thing for them is to get government’s interest in preserving things of historical interest in Sarawak.