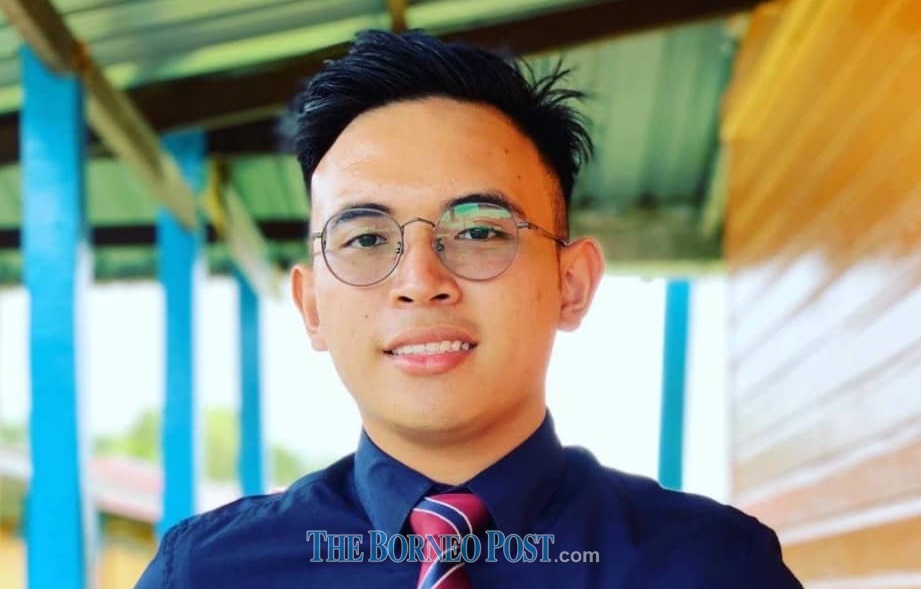 The announcement was made by a McDonald’s Malaysia representative through an online meeting at Mukah District Education office on May 10.

Mohd Nur Hifzhan said that he was surprised because of the over 4,000 nominations nationwide, he was selected as one of two winners from Sarawak. 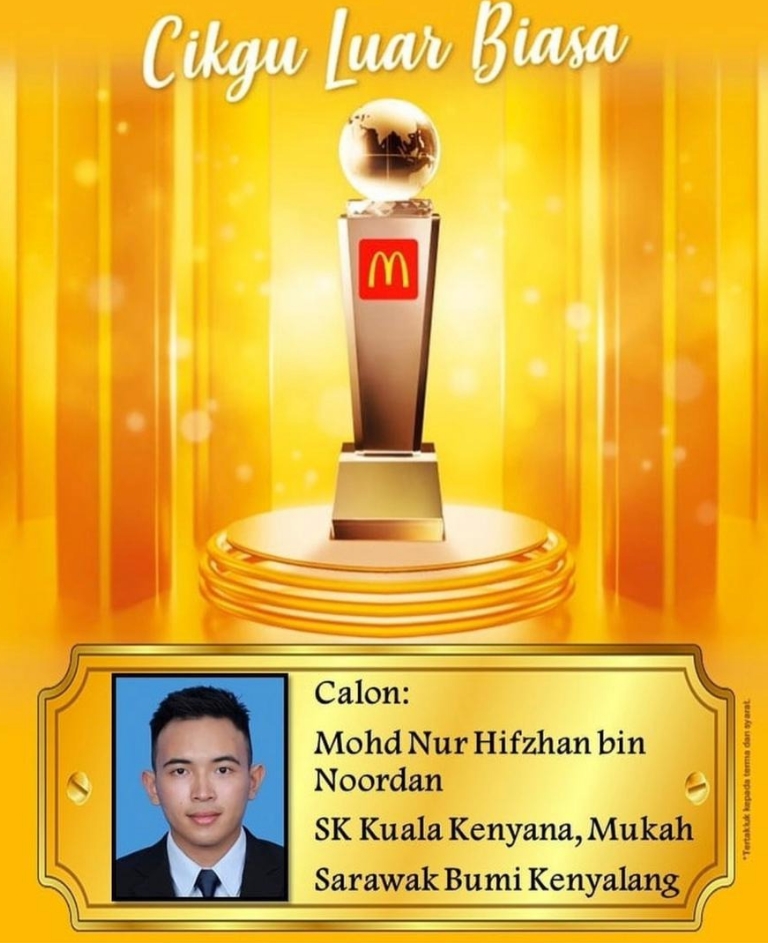 Mohd Nur Hifzhan was announced as one of five recipients of McDonald’s Inspiring Teacher Award 2021.

“I would like to thank my family members, friends and colleagues who have unceasingly supported me in carrying out my duties as an educator.

“I did not expect to win because as a teacher serving in rural area, I can give such inspiration to my pupils. For me, pupils’ learning outcomes are a blessing and provide satisfaction in my life,” he said.

According to him, the welfare of his pupils has always been close to his heart.

Citing an example, he said he always keeps extra stationery items at his table to give to his pupils whenever they run out of such items.

“On the first day of the school session, I gave my pupils a set of stationery items and exercise books because I was worried their parents might be unable to afford them due to impact of the Covid-19 pandemic.

“Spending part of my monthly salary for the sake of my pupils will not make me any poorer. In fact I believe Allah SWT will make everything go smoothly if we help others,” he added.

On his various contributions to the school, Mohd Nur Hifzhan said he had previously won five awards for innovation, and also guided his pupils to three competitions at the state, national and international levels.

Last year, he sent 10 entries for the e-Mansang Anak Sarawak (eMAS) competition, with one of his pupils winning 10th place.

Mohd Nur Hifzhan, who was accompanied by SK Kuala Kenyana headmaster Yahya Ismail when McDonald’s made the announcement, said he was nominated for the award by a Primary 6 pupil, Leon Li Gabbriell Bakar.

Leon’s narration about his teacher’s presence in the school since the pupil was in Primary 4 had caught the eye of the organiser, and his nomination was shortlisted for the award.

Mohd Nur Hifzhan graduated from Rajang Teachers Training Institute (IPG) in 2019 with a major in Teaching English as a Second Language (TESL) for Primary Education and Visual Art Education.