Wednesday, October 20
You are at:Home»News»Sarawak»Sarawak poised to be first in M’sia to complete Covid-19 immunisation with vaccines supplied by Putrajaya 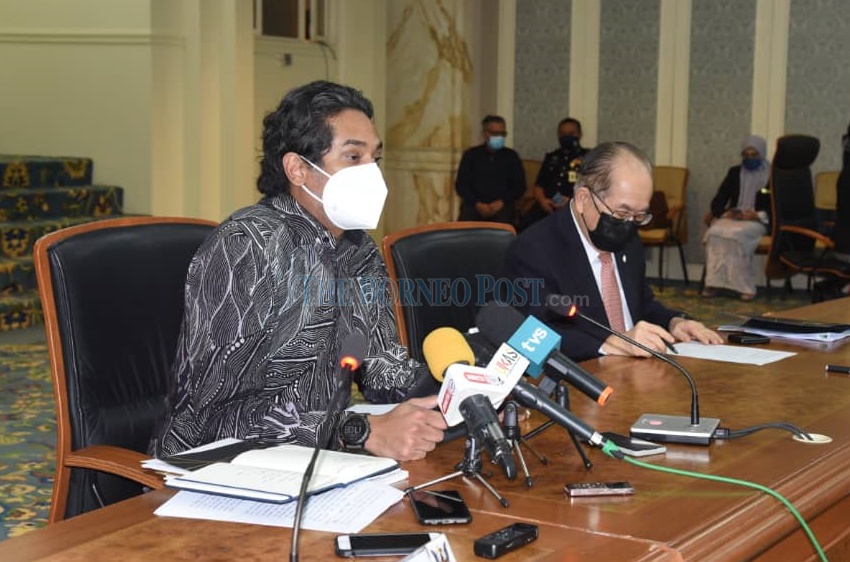 KUCHING (May 28): Sarawak is expected to be the first state in Malaysia to complete the Covid-19 National Immunisation Programme at the end of August this year, with Putrajaya giving its commitment to supplying the state with all its required vaccines.

The programme’s coordinating minister, Khairy Jamaluddin, today announced that the federal government will be supplying 4.4 million doses of Covid-19 vaccine for all 2.2 million eligible Sarawakians with extra for buffer, and therefore Sarawak would not have to buy its own vaccines.

“I hope that with this assurance we will be able to see Sarawak achieve its target (to vaccinate 2.2 million of its residents) by the end of August and become the first state to complete the Covid-19 National Immunisation Programme,” he told a virtual press conference after attending the Covid-19 Immunisation Task Force (CITF) meeting at Wisma Bapa Malaysia here today.

With the assurance and commitment by the federal government, Khairy said an estimated 380,000 doses will be sent to Sarawak per batch beginning June, until the 4.4 million doses have been fulfilled by the end of August.

Apart from that, Khairy said Sarawak has decided to administer no less than 45,000 doses a day statewide to further accelerate its vaccination programme.

At the same time, he said, it has been proposed for Sarawak to set up new in situ vaccination centres in industrial and agricultural areas around the state, including beefing up medical and non-medical personnel manning them.

“We have also established a working committee to coordinate all the vaccination centres in these industries,” he added.