Tuesday, May 17
You are at:Home»Columns»Perspective»Drowning in the sea of information 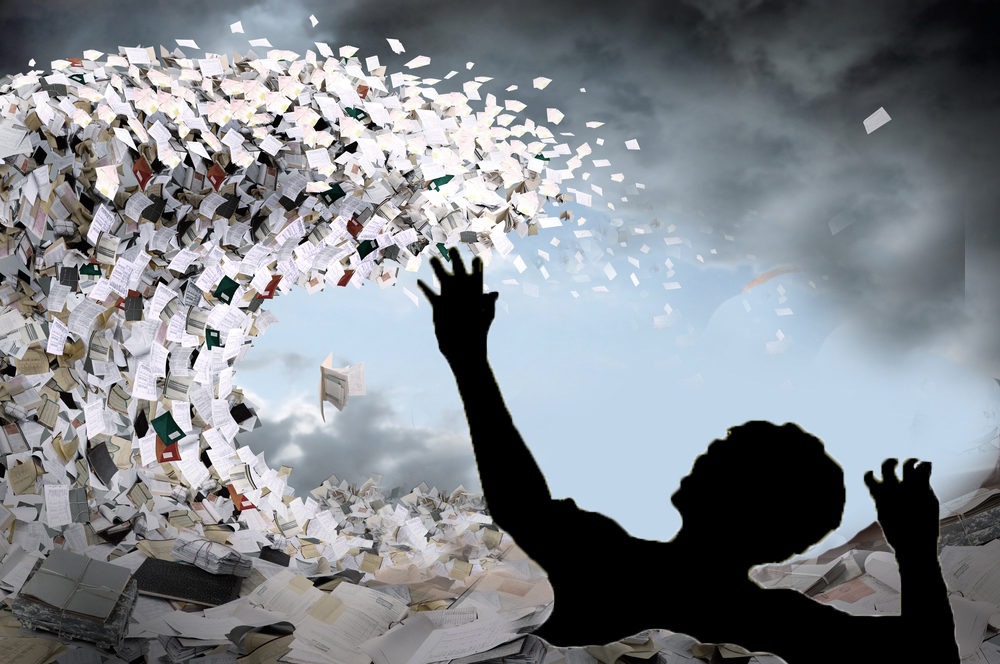 Bishop George Berkeley (1685 -1753) posed a question “If a tree falls in a forest and nobody is there to hear it, does it make a sound?” that became the core discussion of the philosophical debate of subjectivism and objectivism. The former is the concept that things exist because we perceive them, while objectivism is the concept that things exist external to our perceptions of them. That challenging question is now irrelevant because since the advent of the internet news travel far and wide, and in a matter of a split second. So, no chance of the sound of the fallen tree is not heard.

When the internet first emerged one English newspaper proclaimed it as “the greatest thing since sliced bread”. This is a modern idiom, a somewhat humorous and hyperbolic statement, is used to describe something new and innovative that is considered to be exceptionally excellent.

Well, the internet is certainly the greatest invention, and its impact is thoroughly pervasive and impressive. I recall how when I first left Sarawak, I felt like Christopher Columbus embarking on that epic voyage in search of the new world. I remember that day well. There was this young lad who had never been on a plane before and the first time he stepped on the flying machine was to be transported to the other end of the world, to a land where he only heard of or read about. It was a big send-off, of friends and relatives, many with tears in their eyes and with good reason. Communication was via snail mail and rather bothersome for those who loathe writing. Telephone link was out of the question. It caused an arm and a leg. I remember just before year-end Radio Sarawak used to arrange to record students’ messages to be broadcast in Kuching on New Year’s Day. Such was the pain of separation, albeit temporarily, that young men and women would sob tearfully over the air. It was laughable but no one did because the pain was all too real.

Now? Piff! I can have a video call via the internet with my daughter who is in London, every day if I want to, and for free!

“Dad, I am cooking laksa for my friends here. Can you see if I do it correctly?”

I can guide her through the steps as I watch the live feed.

Yes, the internet is certainly the greatest thing since sliced bread, and that is not a hyperbolic statement. It is pervasive and all-encompassing. It becomes the supreme purveyor of all things, good, but unfortunately, also the bad. That is the catch, good as well as bad.

According to the Chinese Zodiac calendar, 2021 is the year of the Ox. Well, you know what comes out from the bovine animal. So, expect plenty of Cow Dung and BS. The fact that I cannot spell the second term in full is because in a polite company one should not utter such less than genteel term. But I am sure the readers know what it stands for. Though the two might have come from the same source but between them, there is a vast difference in quality. Cow Dung could be considered as useful and beneficial while the latter is a pure and utter barefaced lie, therefore contain no positive value at all.

Let’s look at some of the usefulness of cow dung – as a rich fertilizer, an efficient fuel source, a useful building material, just to name some.

That it can be used as a fertilizer is obvious. Before the invention of chemical fertilizer, animal manure has been the main source for adding fertility to the soil. There is no better and ample producer of this natural source of richness than the cow.

In some cultures, cow dung is routinely collected, mixed with straw, and dried to provide fuel for the fire for cooking and source of heat. In India, cow dung paste is sometimes applied to the floors as well as the walls of rural homes. The mixture forms a waterproof layer that helps to insulate the house from heat entry or loss. Apparently, dried dung lost its objectionable odour.

Now we come to the other half of the twin, an evil one indeed. I think I need not elaborate on what is BS. Suffice to say that when one describes something as BS one asserts, and with finality, that it is a plain and utter untruth.

So, in this year of the Ox and particularly with the pall of the darkest cloud of the COVID pandemic hanging over the world the internet is particularly active in churning tons (yes, I mean tons) of this so-called cow excrement. One cannot open one’s phone message box without being inundated with advice or pronouncement by doctors, pseudo doctors, charlatans masquerading as medical experts, etc. On top of that, virtually every few hours we receive updates of the COVID situation locally, nationally, and globally. All with complicated tables with small prints, multi-coloured charts (rather incomprehensible to me).

Aargh! Talking about information overload. I feel like a drowning man, drowning in a sea of information. The main problem is how can we discern which is cow dung and which is BS. There are video reports of desperate people in India immersing themselves in cow dung with their heads submerged under! They believe it would give them immunity. You know the saying, “a drowning man will clutch at a straw”. That is how easy it is for the beneficial cow dung to turn into pure BS.

So, is it woe betide the world? Is there a way to navigate out of this labyrinth of information and disinformation? Is there a method for distinguishing poison and panacea? I hate to end with such a pessimistic note, so, I bravely say, “yes, there is a method.” The method was developed thousands of years ago, by ancient scholars like Aristotle. It is called Logic, described as a formal system for reasoning for distinguishing truth from lies, or cow dung from BS. It is a vaccine against stupidity. Perhaps we can visit this topic another day.