Friday, June 25
You are at:Home»Features»Kuching Old Bazaar: Where trading began 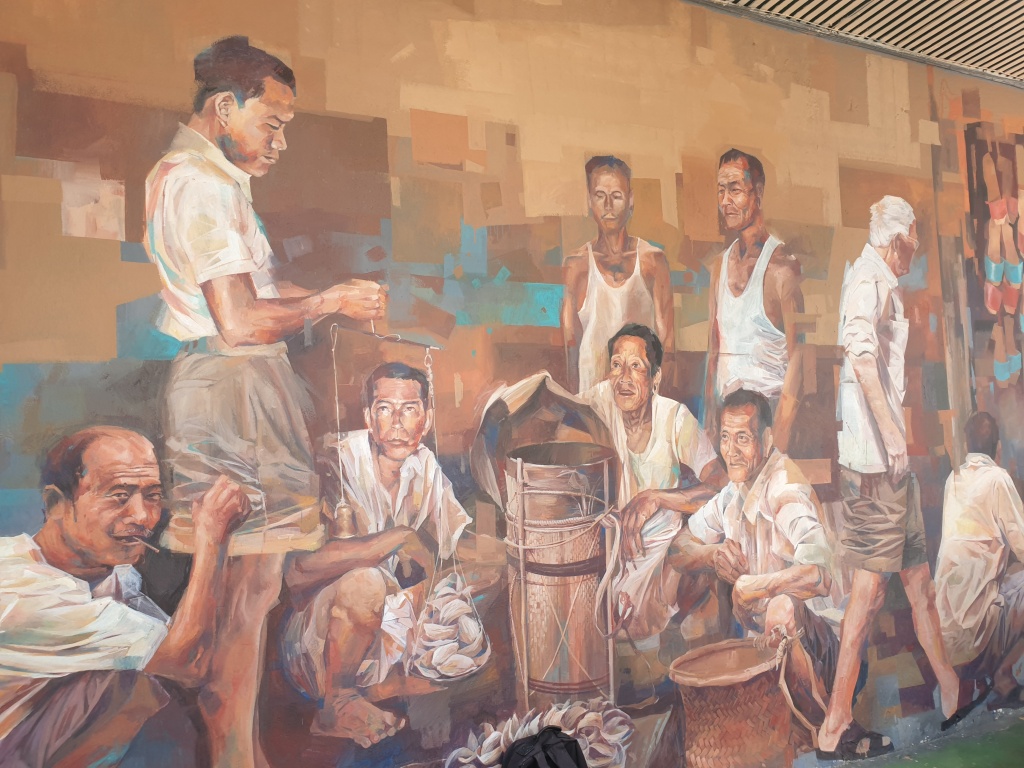 The mural at the junction of Carpenter Street and Ewe Hai Street depicts a bustling trading scene ‘back in the good old days’.

THE Kuching Old Bazaar, a place where its alleys would trigger fond childhood memories in the older generation in Kuching, has a history dating back to over 200 years ago as the oldest trading district in Sarawak.

Carpenter Street, one of the major veins of the bazaar, is synonymous with housing the trades of carpentry, tinsmith, traditional Chinese medicine and also jungle products. Some of these traditional family businesses are still operating, being run by the second or third generation who still continue to live in the upper storey of the shophouses.

In view of Kuching Old Bazaar’s historical significance, the Kuching Old Market Community Association – an organisation formed in 1996 by the residents in the surrounding areas – had, in 2019, proposed to the Sarawak government the plan to initiate the ‘Kuching Old Bazaar Cultural Mapping and Tourism Promotion Programme’.

This programme aims to document the history and lifestyle of this trading district, as well as to preserve the bazaar’s heritage status of being the original birthplace of trading activities in Sarawak dating back to the 19th century. 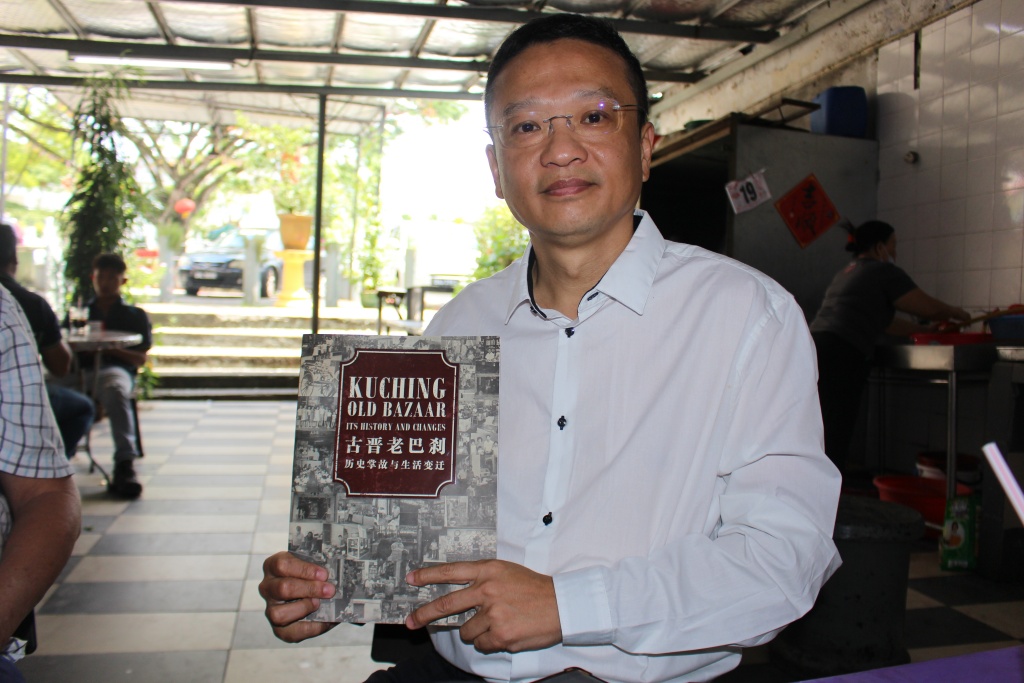 “During the courtesy call on Datuk Abdul Karim, we were exchanging ideas on ways to make Kuching Old Bazaar more vibrant and it was during that meeting that the minister lamented over how the old trades in this area were slowly disappearing,” said Chua.

After the meeting, Chua and his team spent about nine months studying the means to preserve the heritage of Kuching Old Bazaar, and at the same time promoting tourism activities, before materialising the ‘Kuching Old Bazaar Cultural Mapping and Tourism Promotion Programme’.

“We had several components under the programme. The first part was the cultural-mapping, where we covered 30 to 40 per cent, or over 100 shophouses, from the total units at the Old Bazaar, to document the history of the shops and the stories of their founders.”

The door-to-door interviews were conducted by some 10 students from Universiti Malaysia Sarawak (Unimas), led by Dr Elena Chai.

Chua said as the project was undertaken amidst the Covid-19 pandemic, they had to make adjustments to their interview format from a group session of similar demographics to individual interviews, in complying with the social-distancing rule and other precautionary measures.

A part of the programme also included the publication of a book titled ‘Kuching Old Bazaar: Its History and Changes’ and four tourism brochures; the production of five promotional videos and 40 information plaques with scanable QR codes; the commissioning of three street arts (mural) projects; and the setting-up of a website dedicated to the programme as well as profile pages on several social media platforms.

The production of the book and a promotional video took about five months, beginning from October last year. Two of the commissioned murals are at located at the junction of Carpenter Street and Ewe Hai Street, while the third at Upper China Street is still a work in progress.

The first 200 copies of the book, which were given away as complimentary tokens, received such an overwhelming response that the association later decided to publish another 1,000 copies for sale. 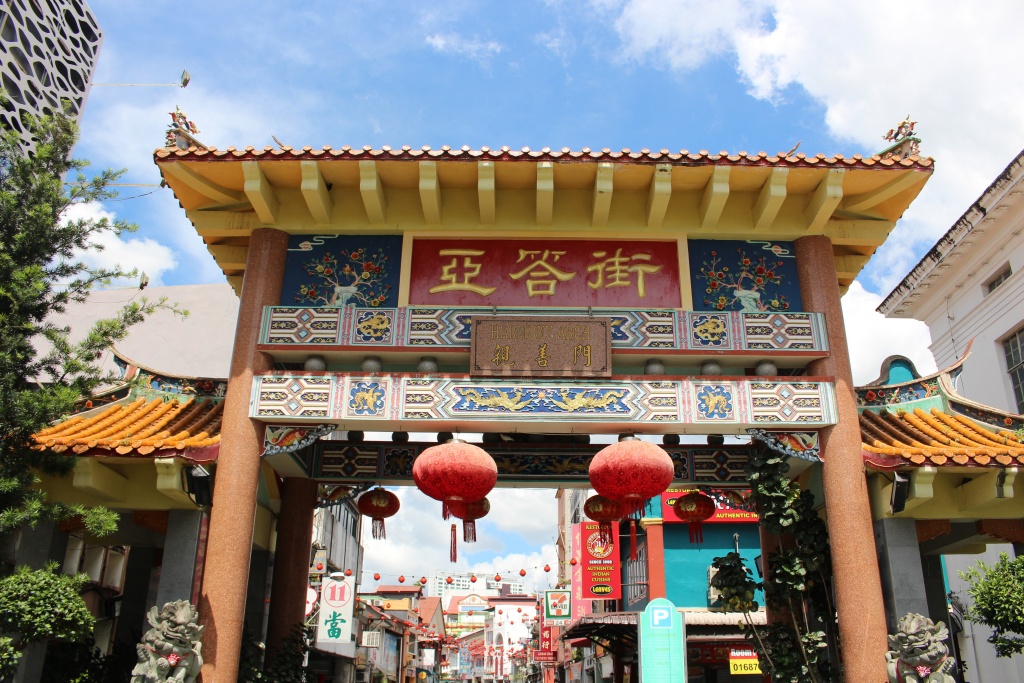 The ‘Harmony Arch’ at the entrance of Carpenter Street.

According to the book, the Kuching Old Street area is divided into Kuching Old Bazaar and the New Bazaar, both separated by the Old Court House. 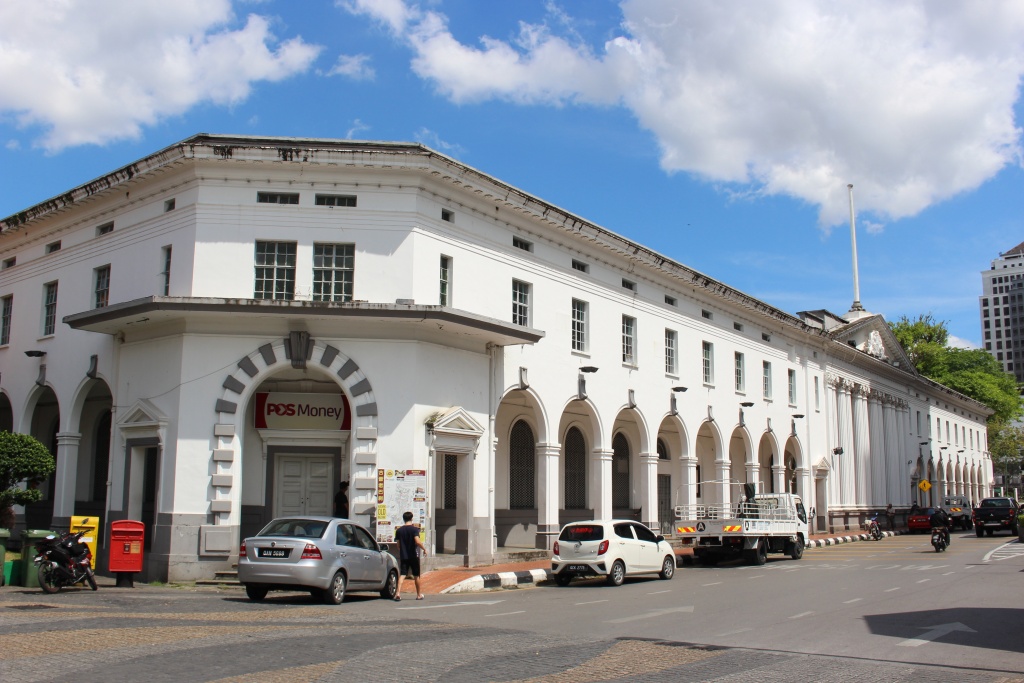 The General Post Office building has stood the test of time.

The Old Bazaar covers the Main Bazaar along the Sarawak River, as well as the other streets and alleys that were established in the area in the 1860s.

Areas around India Street Pedestrian Mall (formerly known only as India Street) and Gambier Street are known as the ‘New Bazaar’. 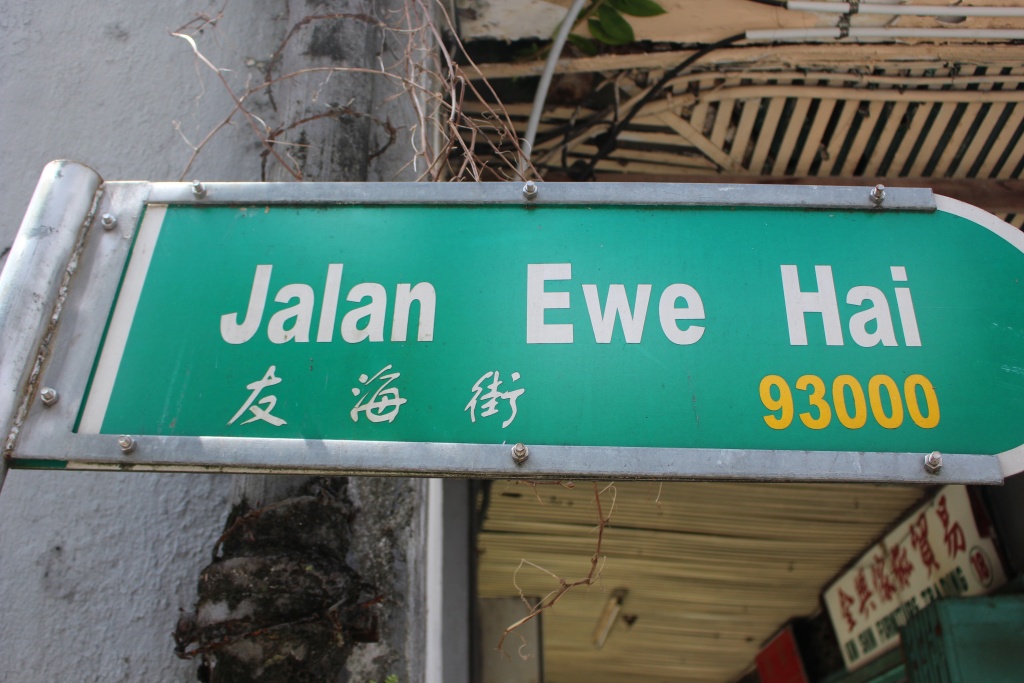 The ‘Harmony Arch’ at the entrance of Carpenter Street. 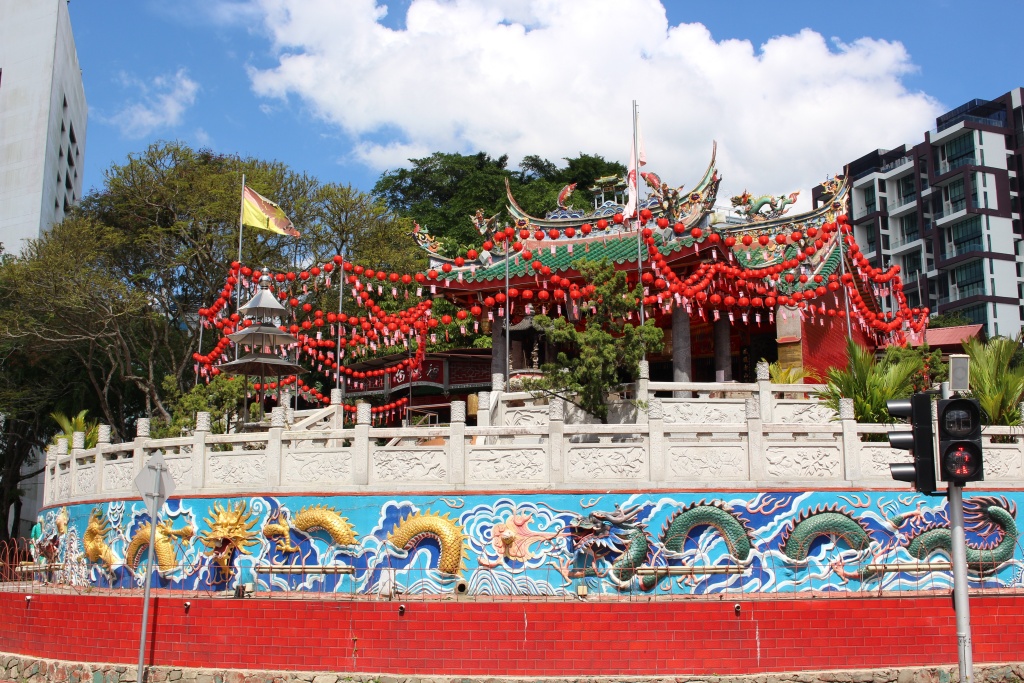 The history of the Tua Pek Kong Temple can be traced back as early as 1820.

Chua said their team had been looking at various proposals on how best to promote Kuching Old Bazaar as a historical tourism place. 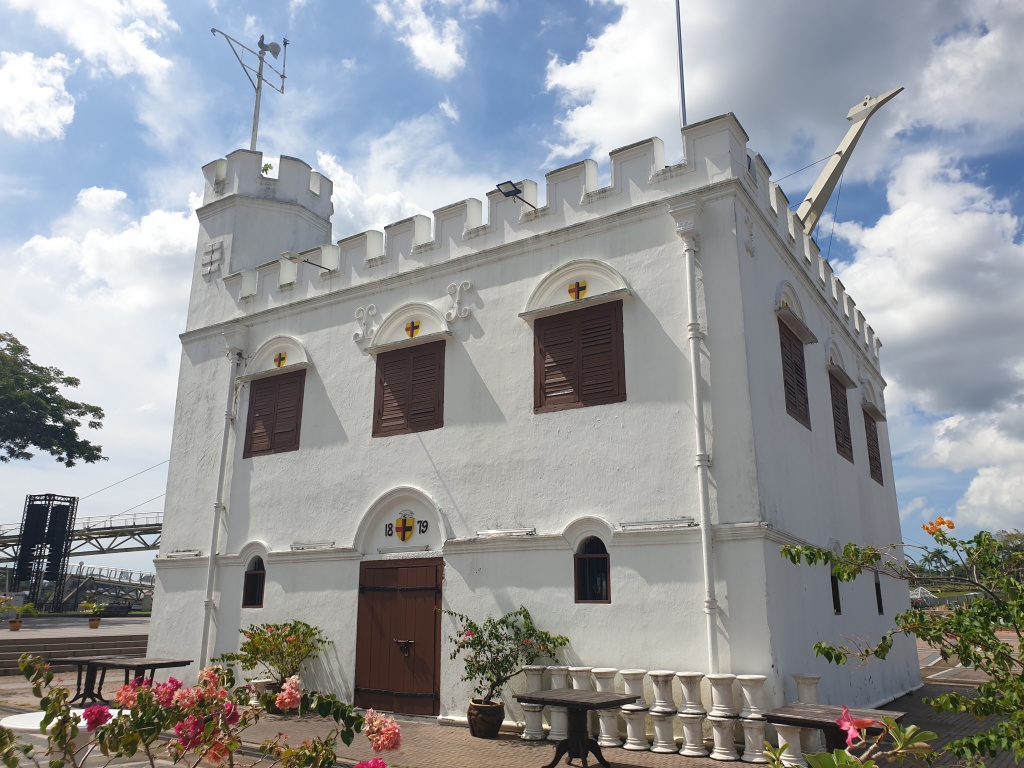 In this respect, he stressed that any master plan meant to develop the Old Bazaar must be thoroughly studied with close engagement with the local communities, as their lifestyle and livelihood might be at stake.

Asked on whether the Carpenter Street should be closed for motor traffic, Chua said they were keeping the options open – whether it would be a full closure, a half-closure or a temporarily closure for a special event such as the Intercultural Mooncake Festival. 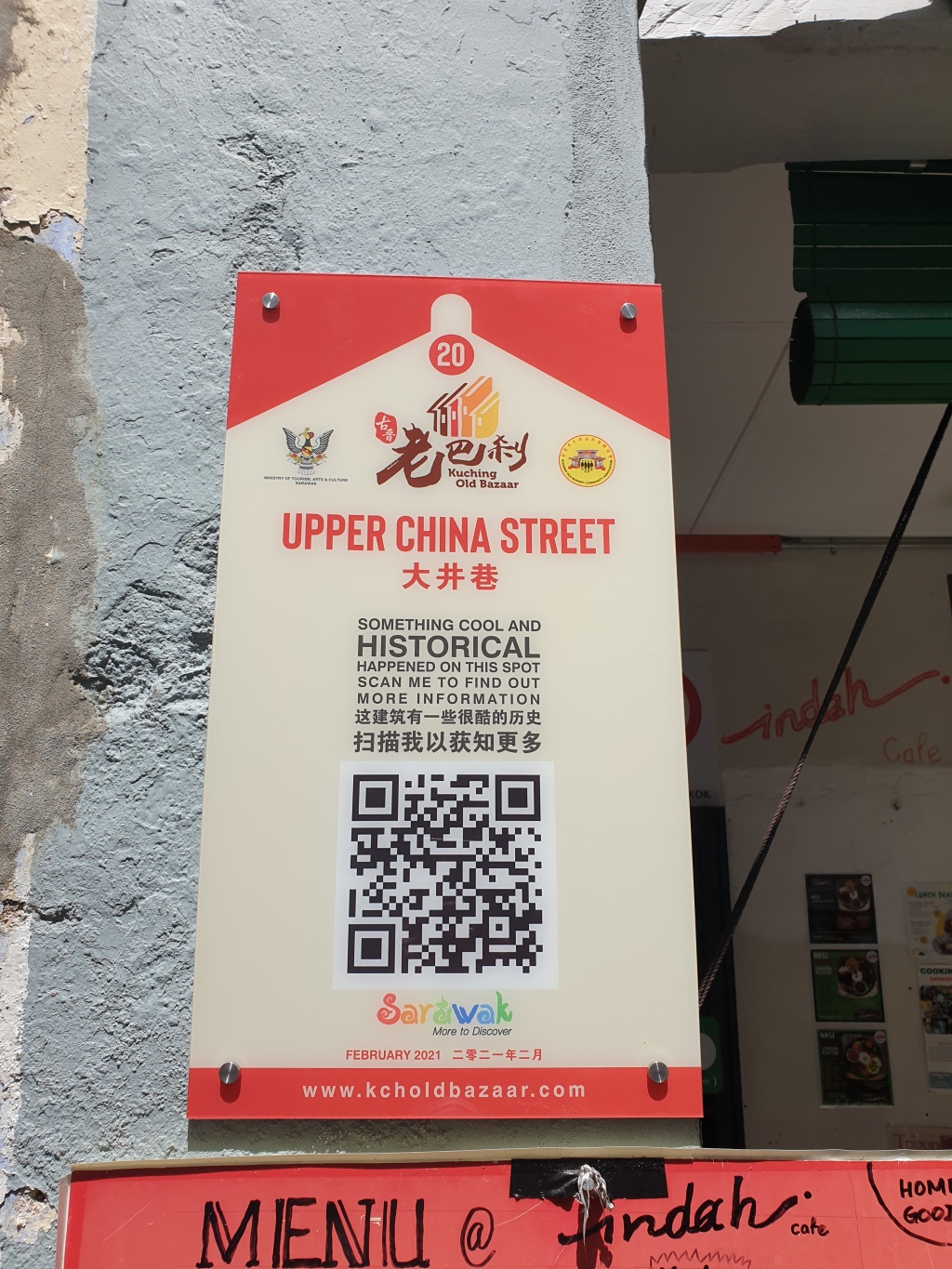 A total of 40 information plaques with scannable QR codes can found around Kuching Old Bazaar.

To assist in planning, the committee had been studying the approaches used in promoting historical locations in other places, such as Singapore’s Chinatown, Penang’s George Town and Melaka’s Jonker Walk.

“The programme is divided into two phases. The first phase were the publication of the historical book and the setting-up of social media pages as mentioned earlier; the second phase would involve organising and hosting six major annual events at the bazaar, including the Intercultural Mooncake Festival and the ‘Three Goddess Parades’,” Chua clarified.

Another major activity proposed would be the hosting of ‘Kuching Old Bazaar on Sale’ in conjunction of other major happenings around Kuching City, such as the Rainforest World Music Festival, Sarawak Regatta and Kuching Marathon.

“During these major events, we can give shopping and discount vouchers to tourists and the public to shop at Kuching Old Bazaar, indirectly promoting the many businesses here. 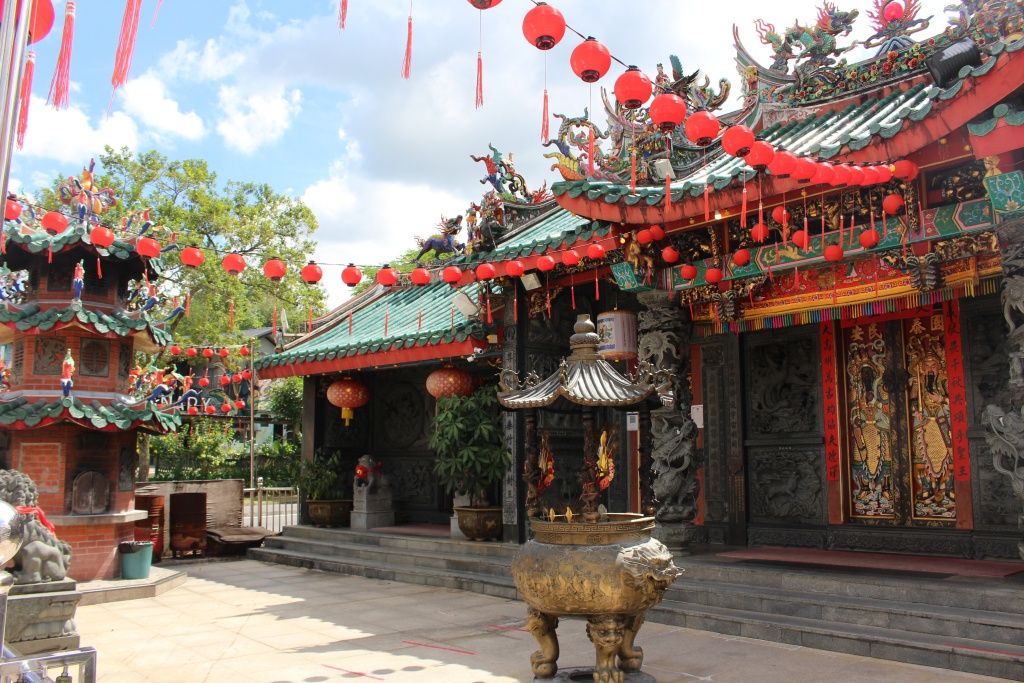 “So, our plan is to promote Kuching Old Bazaar into a brand.”

Chua said they were looking forward to Sarawak reopening its borders, as well as to the inter-district movement restrictions being lifted once the situation had improved, as the key objective of the programme was reviving the tourism sector.

“Once the borders are open, our brochures would be displayed at airports, visitor’s information centres, cafés, restaurants and shopping malls in the city. We are also targeting tourists outside of Kuching, such as those from Miri and Sibu,” said Chua.

He also believed that the cultural mapping and tourism programme for Kuching Old Bazaar could potentially be used as a ‘development template’ for other historical places in Sarawak. 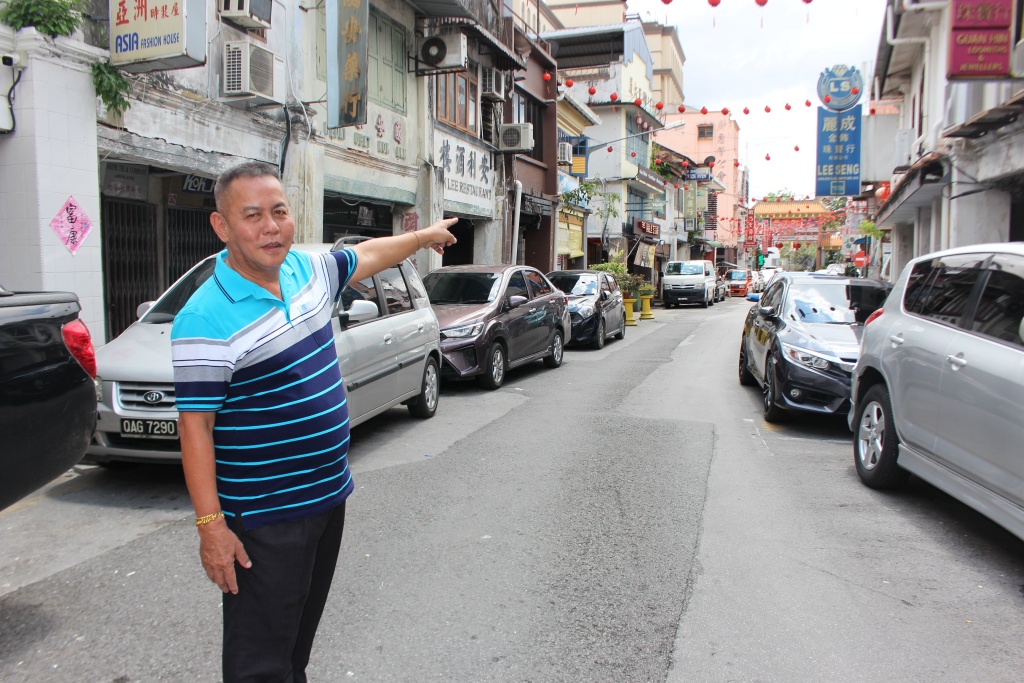 Kapitan Lim points at the rows of shophouses, which were among the blocks at Carpenter Street struck by the ‘Great Fire of 1884’.

“I still live on the top floor of a shophouse here and the area continues to thrive with its annual events, such as the ‘Goddess Parades’ and Intercultural Mooncake Festival.

“The Old Bazaar is draped in the traditional lifestyle of Kuching’s older generation,” said Lim. 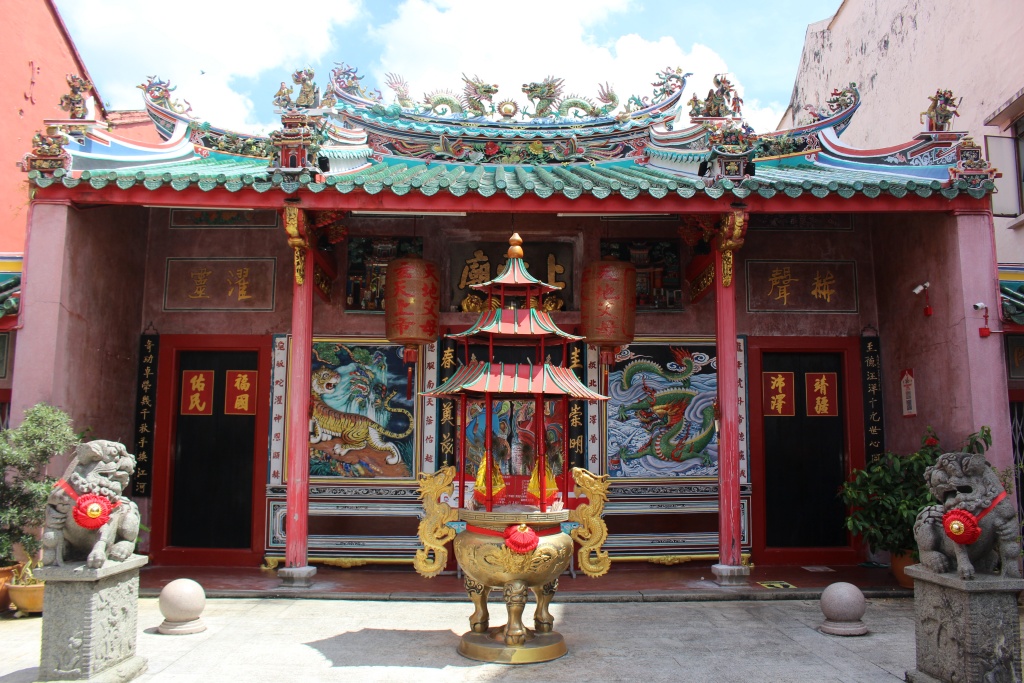 Hiang Tiang Siang Ti Temple is among the many temples in the Old Bazaar.

Available in Mandarin and Malay languages, the book is filled with artistic graphics and historical photos of Kuching.