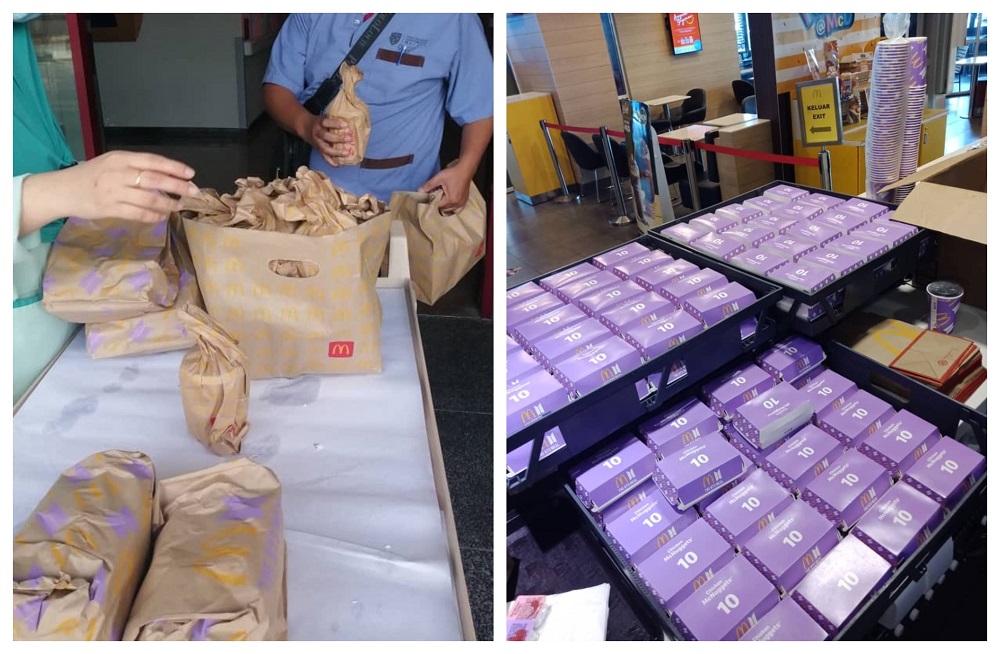 PETALING JAYA (June 2): With the hype of the McDonald’s BTS Meal not fizzling out anytime soon, Malaysian fans of the K-pop supergroup made sure not to forget about appreciating the sacrifices of frontliners.

BTS ARMYs in Malaysia have sent out 274 sets of the coveted, purple-themed meals and distributed them to Covid-19 frontliners at various hospitals and the Malaysia Agro Exposition Park Serdang (MAEPS).

ARMYs is the acronym for BTS fans which stands for “Adorable Representative M.C. for Youth”.

On Saturday, the Malaysian superfans delivered 99 BTS Meals to healthcare workers at the University of Malaya Medical Centre.

“Thank you so much superheroes for your hard work,” the BTS fan account @PurpleProject7 tweeted.

#BTSMeal for Frontliners by Malaysian ARMYs 💜

99 sets of #BTSMeal given to our amazing frontliners at University of Malaya Medical Centre (PPUM) today. Thank you so much superheroes for your hardwork 💪 pic.twitter.com/PHtCPMlTIo

Another 25 sets were then delivered to the children’s ward at the Universiti Sains Malaysia Hospital in Kota Bharu, Kelantan to bring cheer to staff and tiny patients.

For the second batch of the initiative, 150 BTS Meals were distributed to frontliners at the MAEPS Covid-19 Quarantine and Low-Risk Treatment Centre in Serdang.

“Thank you so much for your service and stay strong and healthy always,” last night’s tweet read.

@PurpleProject7 said that a third batch will be sent to Cheras Hospital’s children’s ward today.

On top of praising and thanking McDonald’s Malaysia for their efficient service, the Twitter account also publicly acknowledged individual fans who donated to the kind act.

The fans’ latest initiative is in conjunction with the band’s eight-year anniversary that falls on June 13.

ARMYs are known to come together and participate in charity and special projects to coincide with BTS members’ birthdays.

The McDonald’s BTS Meal was launched in Malaysia last week on May 26 to much excitement and the pandemic didn’t deter fans from enduring long queues to get their hands on the special collaboration.

Taking fandom to a new level, K-pop devotees washed and dried the meals’ packaging, even framing the paper bags and boxes as personal mementoes.

Empty packaging from the meals have also been resold on platforms such as Shopee with prices ranging from RM10 to RM50. – MalayMail