Tuesday, August 9
You are at:Home»News»Sabah»Operating hours of ports in Sabah restricted 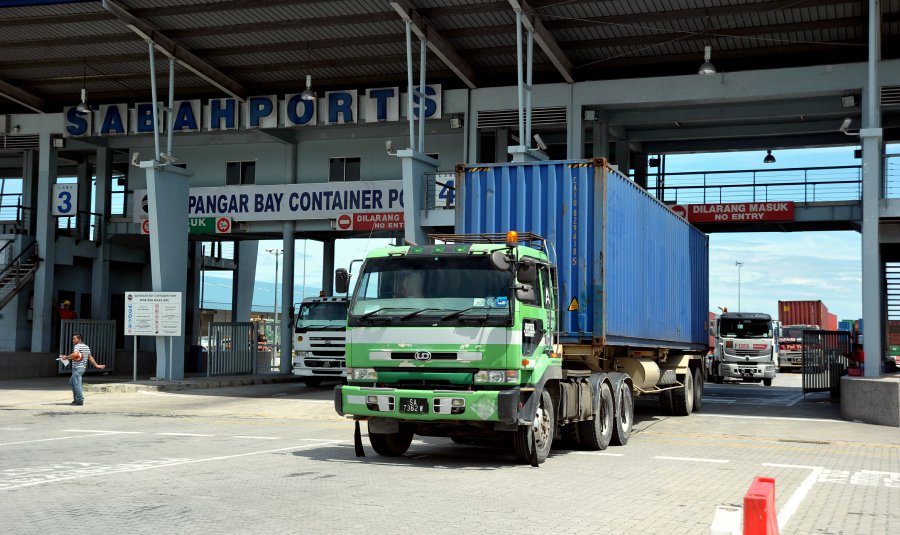 KOTA KINABALU: The Sabah Government has issued a Standard Operating Procedure (SOP) restricting the operating hours of all ports and private jetties in Sabah and disallowing them from operating 24 hours a day during the enforcement of the nationwide Full Movement Control Order (FMCO) from June 1 till 14.

A circular dated June 1 by Sabah Ports Authority and signed by general manager Felix Liangson containing an SOP restricting port operation in Sabah during the FMCO to be from 6am to 6pm, while ports in the ESSZone can only operate from 6am to 2pm, has been circulated around the shipping sector.

Democratic Action Party (DAP) Member of Parliament for Kota Kinabalu Chan Foong Hin yesterday said that such an SOP makes no sense whatsoever, and goes against the purpose of allowing ports to operate during the FMCO in the first place.

“Just like hospitals and emergency services, our ports provide the most essential of services handling cargo shipments from all over the world. Our ports are the door of Sabah to the outside world, and shipment of goods essential to life from all over the world to Sabah and vice versa would not stop just because of the FMCO. There is no cogent reason whatsoever for such ridiculous restriction of operating hours,” he said in a statement yesterday.

Chan who is also Sabah DAP secretary, remarked that governments around the world have recognised that ports and logistics services are essential which are required to operate without restrictions during lockdown as free movement of goods in and out of ports not just for economic reasons but the continuity of distribution of essential goods for the people. That’s the reason why the Federal Government has classified ports and logistics services as essential services since MCO 1.0 and like wise in the FMCO now.

Chan is made to understand by the federal Ministry of Transport that the National Security Council (MKN) had not issued any restriction on the operating hours of ports nationwide, and such restriction is only applicable in Sabah. Therefore, it seems that the Sabah Government may have gotten ahead of itself by issuing the SOP.

“During my time as chairman of the Labuan Port Authority, one of the reforms which I have introduced was to install a port operator that would run port operation 24 hours a day so as to increase efficiency in the loading and unloading of goods, and to also greatly reduce port congestion. Prior to that the port had only operated during working hours and there were numerous feedbacks from shipping companies that they had decided to skip the port entirely due to such operating hours,” said Chan.

“I hereby call upon the Sabah Government to immediately retract the SOP issued via Sabah Ports Authority’s circular dated June 1 before it does damage to our distribution channels and create a self-inflicted port congestions that will take months to clear and serious economics losses for all stakeholders,” he said.