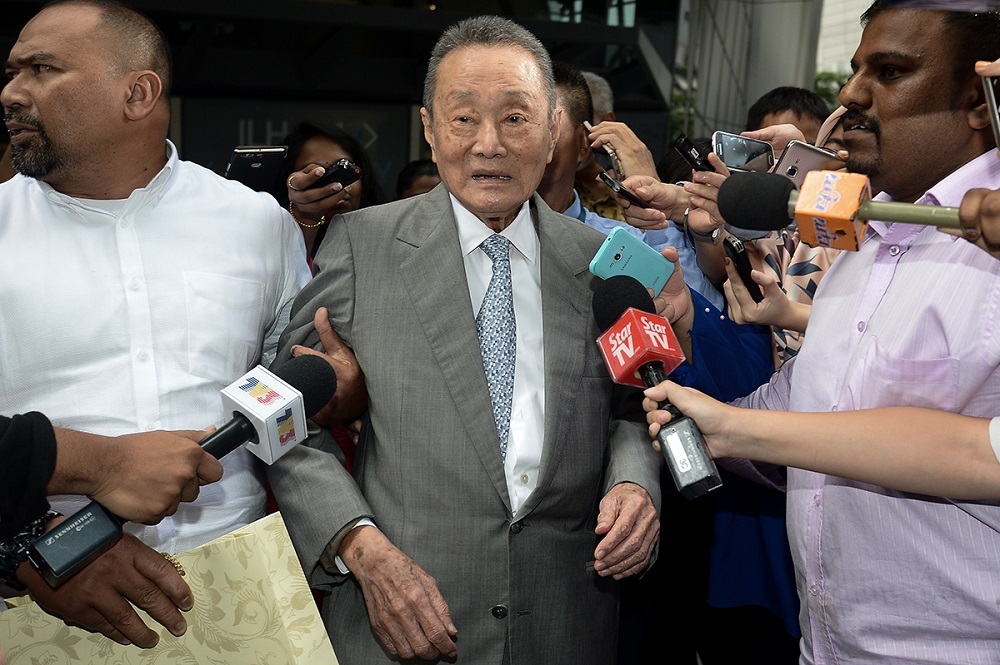 ‘Robert Kuok remains at the top of the list with a net worth of US$12.2 billion. — Malay Mail file photo

In a statement, Forbes revealed that after declining for two years and the 5.6 per cent GDP contraction in 2020, Malaysia was expected to get back on track this year despite grappling with a surge of Covid-19 cases.

“While the benchmark stock index was up a modest 2.5 per cent since fortunes were last measured 15 months ago, the nation’s 50 richest saw their combined wealth increase to nearly US$90 billion, up from US$79 billion a year ago,” it said.

Forbes attributed the reversal in fortunes to Malaysia’s dominant position as the medical glove maker to the world as global demand for such protective gear increased tenfolds.

Robert Kuok, a business magnate who presides over a property and commodities empire, remains at the top of the list with a net worth of US$12.2 billion. He is also the oldest member of the list, at the prime age of 97.

Koon Poh Keong, who shares a metals fortune with four siblings, was this year’s biggest dollar gainer as shares of their Press Metal Aluminium Holdings were up as the metal’s prices recovered, adding US$3.4 billion to their wealth and propelling Koon and his brothers to third place with a net worth of US$6.4 billion.

Business mogul and chairman of Usaha Tegas Ananda Krishnan comes in fourth with a net worth of US$5.8 billion, followed by Teh Hong Piow, founder and Chairman of Public Bank Berhad at US$5.5 billion

Tan Yu Yeh and Yu Wei, or better known as the Tan brothers of MR DIY Group come in tenth this year with a net worth of US$2.7 billion. They are also the richest newcomers on this year’s list.

Forbes added that four more new entrants were also included this year, all of whom are based in Penang Robert Kuok, a business magnate who presides over a property and commodities empire, remains at the top of the list with a net worth of US$12.2 billion which benefited from US-China trade tensions as global companies sought to diversify supply chains.

Forbes added that the pandemic also took its toll on 19 listees, whose fortunes have fallen.

“Seven from last year’s list dropped out, notably the AirAsia duo, Tony Fernandes and Kamarudin Meranun, as the ongoing pandemic dimmed hopes of a revival in travel,” it said. – Malay Mail