Tuesday, May 24
You are at:Home»News»Sarawak»Duriankimchi debacle: 5 Dayak organisations send letter to native customs council for action to be taken 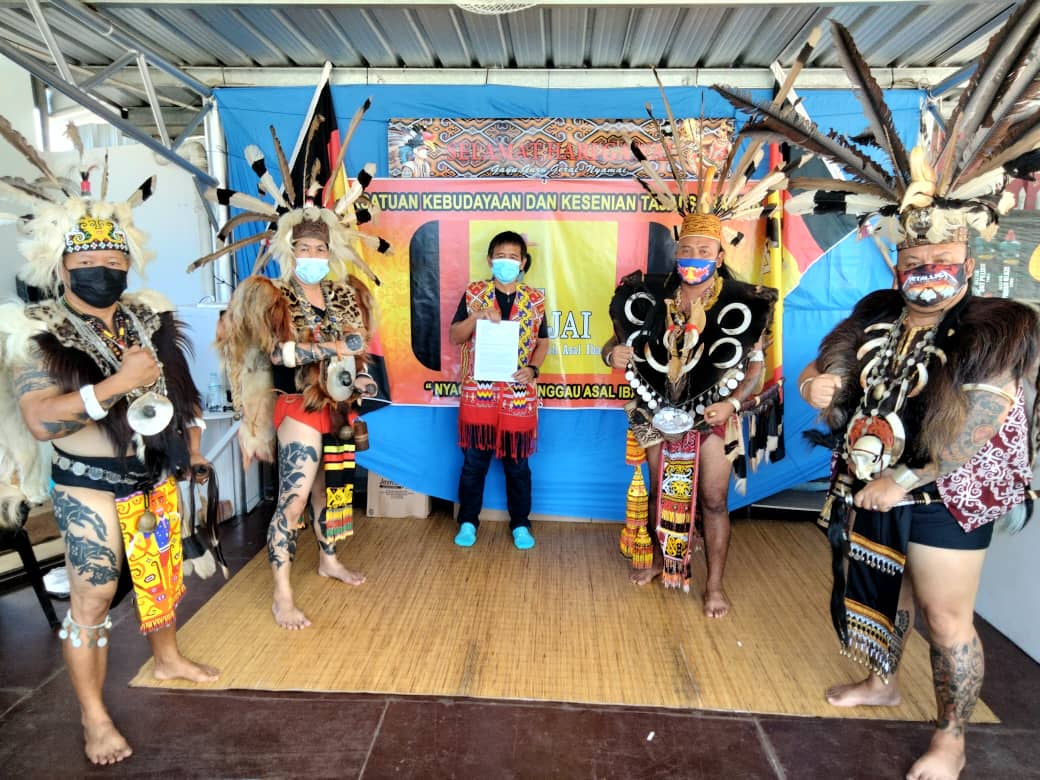 Themotty (left) and others at showing the letter to be sent to Council for Customs and Traditions.

According to Sarawak Tajai Culture and Arts Association chairman Themotty Jagak, it is appropriate that a letter be sent to the council as they are the custodians of Iban traditions and customs in Sarawak.

“We have already lodged a police report, sent a letter to the Human Rights Commission of Malaysia (Suhakam) and today, we decided to send a letter to the council because we fear that if no action is taken whether according to the law or to the customs, one day people will insult us and our costumes again,” he stressed.

He also pointed out that the insult by Ryzal is against the United Nations Declaration of the Rights of Indigenous People.

Themotty added that the associations would support any decisions made by the council.

Ryzal had been seen joking with his wife, who was wearing a traditional Iban dress, in a 58 second video recently and his jokes were strongly condemned by netizens regarding him as being insensitive and disrespectful of the Iban community.