Sunday, June 13
You are at:Home»Columns»Just another point of view»‘The Edge of the World’ – Its online world premiere on 4 June 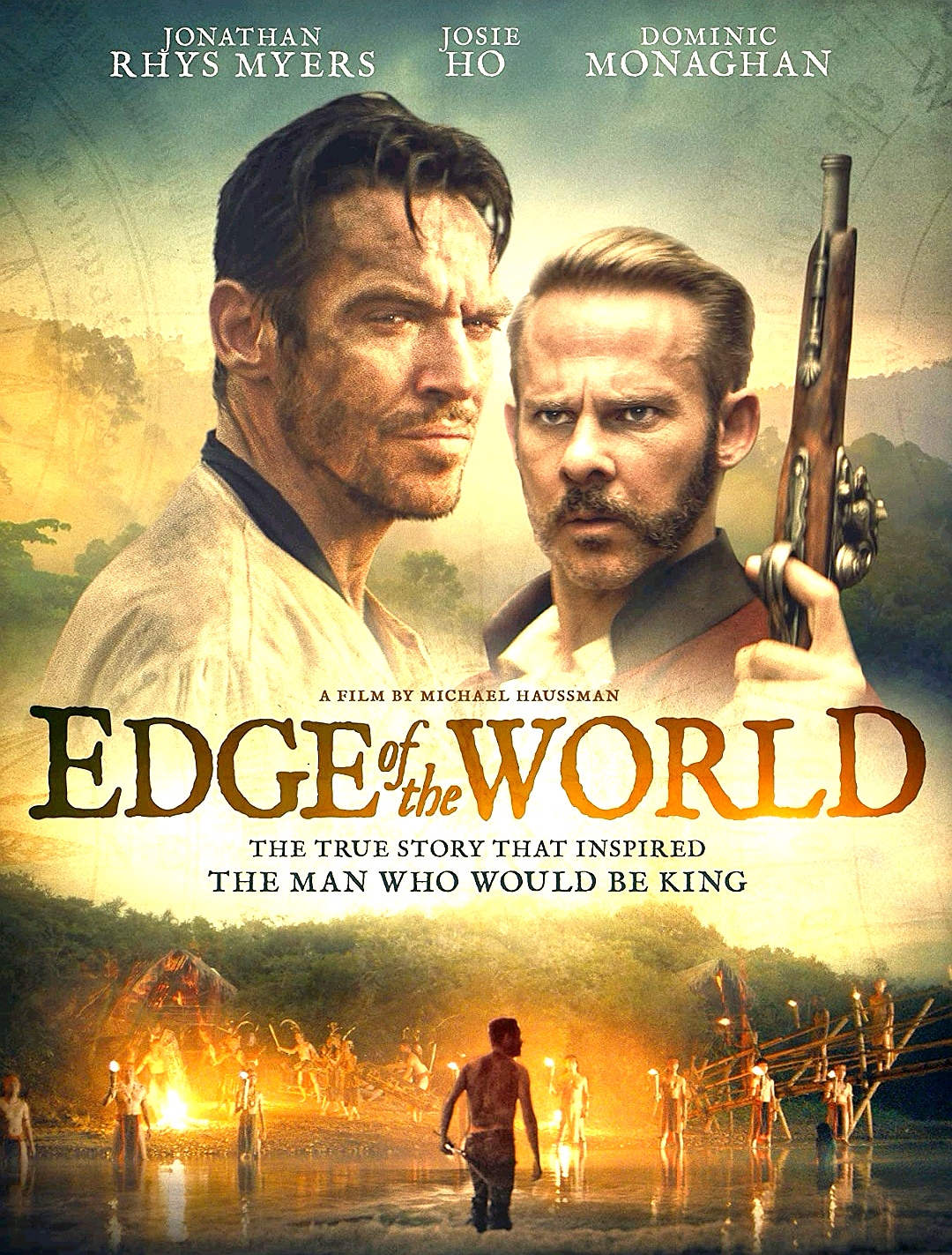 PRECISELY one year and eight months after wrapping its film shoot at Siniawan near Kuching, the Sarawak state government-sponsored Hollywood feature of the James Brooke story ‘The Edge of the World’ had its world premiere online yesterday (Friday – June 4, 2021).

Rob had managed to convince both Jason Brooke, an heir of the Brooke family, and in turn the Sarawak Tourism Board and the state government to help finance the entire production on the promise that he would shoot the entire movie in Sarawak and thereby, would help promote Sarawak to the world with its beautiful locations.

According to figures culled from Sarawak Report, the project started in 2016 with a budget of RM46 million, although the Auditor-General’s Report 2016 Series 2 under the 11th Malaysia Plan, a final expense of RM48.57 million was actually spent.

The National Film Development Corporation Malaysia (Finas) had also granted it a 30-per cent tax refund under its special scheme.

Starting from June 4, 2021, ‘The Edge of the World’ is available for viewing on DVD and on streaming. In the UK, it will be in cinemas from June 21, 2021. The movie is one hour, 44 minutes in length and stars Jonathan Rhys Meyers, Dominic Monaghan, Josie Ho, Ralph Ineson, Bront Palarae, Atiqah Hasiholan, Shaheizy Sam and Peter John Jaban. It is directed by Michael Haussman of music video fame – he had directed successful videos for Madonna, Justin Timberlake and Kanye West previously.

Rhys Meyers, who plays James Brooke, seen with a cast of locals in one of the scenes shot at Siniawan.

IMDB’s brief description of the movie reads: “The adventures of Sir James Brooke, who defied the British Empire to rule a jungle kingdom in 1840s Borneo, embarked on a lifelong crusade to end piracy, slavery and head-hunting, and inspired ‘Lord Jim’ and ‘The Man Who Would Be King’.”

The first early reviews by critics of the film range from respectable to lukewarm with some interesting comments – I shall share some of them here. However, the major critics and more widely-read film critics have yet to say their piece.

The writer for an early review in www.commonsensemedia.org had opined that: “Rhys Meyers is perfectly cast as Brooke, a world-weary traveller who fears his best years are behind him. Like many biopic movies, Edge of the World (EOTW) feels duty-bound to cram lots of real-life events into two hours (actually only one hour, 44 minutes!) in order to do its subject justice. Unfortunately, this leads to a laboured voice-over that adds little more than exposition, along with a slightly hurried opening and a plot that becomes muddled in places. Writer Rob Allyn struggles to balance competing storylines about the threat of pirate battles and Brooke’s strained personal and professional relationships.

‘Director Haussman recreates life in this place and time well, doing his best to work around budget constraints that limit the cast and the movie’s running time. But there’s no escaping the issue of the ‘White Saviour’ narrative. While Brooke is both portrayed, and received, positively, the film fails to look at his role as ruler objectively.”

Another British film critic Christie Robb, writing for the UK Film Review, has this to say: “Director Michael Haussman’s biopic shows his background in music videos. EOTW is a sexy, dreamy kaleidoscope of tropical imagery, but as a narrative, it’s quite hard to follow. Which is too bad, as the ripped-from-your-history-textbook story is pretty interesting in a white dude trying to ‘civilize’ an existing culture sort of way. The movie feels like a slog through the same marshy landscapes the characters so often manoeuvre through on the screen, with the occasional burst of beauty to take in along the way.”

Critic Julie G, NZ writing for a blog named ‘Keithlovesmovies.com’ probably started on the wrong footing (Brunei instead of Sarawak!) when she wrote: “EOTW saw James Brooke set sail with his crew to escape his life in England and found paradise when he landed in Brunei.

“….In Brunei, it is not unheard of for a man to behead another man if he feels slighted. As hostile and primitive as it may seem to westerners, in 18th century Brunei, this was the way of life…However, the better performances were by far by the actors and actresses who portray the native people of Sarawak. The lush background of the Malaysian rainforest serves as the area where Brooke and his men finally settled. This brings a certain authenticity to EOTW as the actual location where Brooke lived wasn’t too far away from where this movie was actually filmed. For a Western man to become ‘King’ of an island nation thousands of miles away from his homeland without shedding a single drop of blood (!!??) is worthy of a feature film. It’s almost contrary to what the English were known for.”

Finally the review on Yahoo News (also being serialised by many newspapers worldwide) written by Lindsey Bahr: “James Brooke narrates much of his journey through dreamy, poetic voiceovers, which even when successful can be an acquired taste. He’s a bit of an inscrutable character, hard to embrace but also not necessarily one you’re rooting against. In other words, Meyers is perfectly cast. This is a film that is striving to be a classic swashbuckler, a lyrical mediation on exploration and identity and a knowingly modern commentary on a deplorable but significant era in world history. Not unlike Brooke’s, the ambitions were admirably grand. While it might not knock it out of the park, EOTW is still a very solid watch if a little slow-going and might also just inspire you to revisit some of the classics it is indebted to which is its own small triumph.”

Overall, not bad for early reviews; but I am sure in due time, the A-lister critics will have their own usual varying opinions. I just hope that some of them would also make mention of the many varied locations and the sets as well, or otherwise, the millions spent on financing the film by our tourism board and the state government might seem to have been wasted.

But as movie-goers and film-lovers all know, images, scenes and stories stay with us for a very long time.
The beauty about motion pictures is that once they have been shot and committed to celluloid – or nowadays, on digital storage – they will last forever, and the content will continue to be seen over and over again on TV, streaming and on YouTube, etc.

It is our repetitive free advertising for our Sarawak jungles, beaches, as well as the ethnic culture and history for years and years to come.