Wednesday, July 28
You are at:Home»News»Sarawak»Lee: Congestion at One-Stop Covid-19 Centre in Miri eased 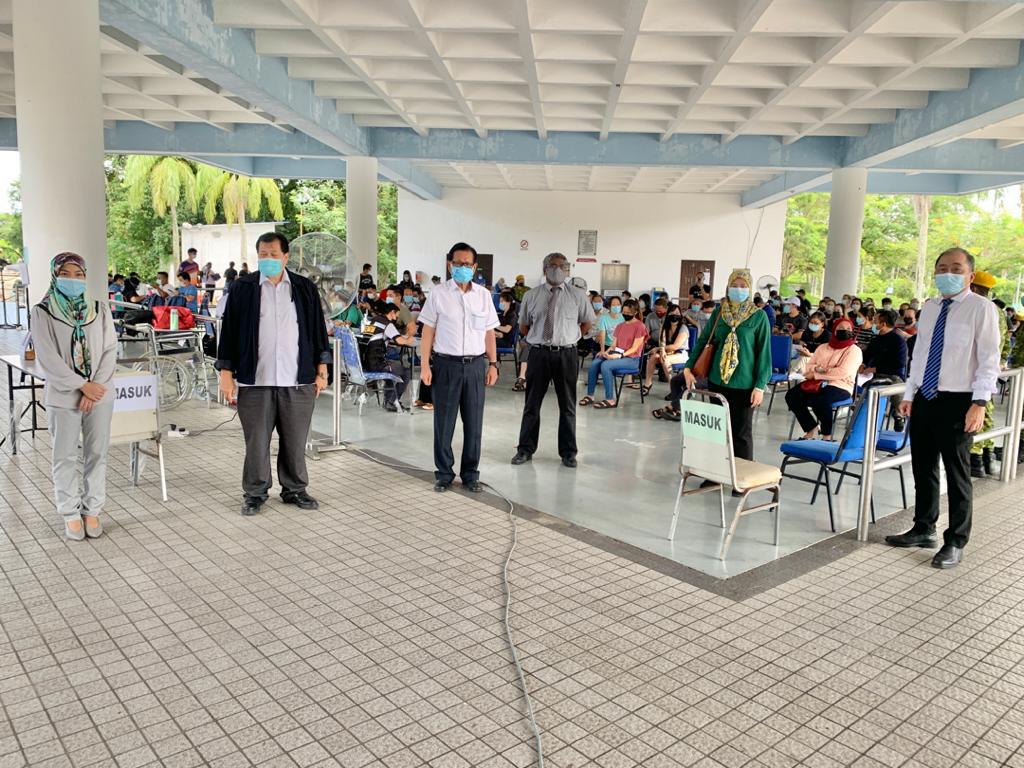 Lee (third left) and others pose during the visit to the Civic Centre yesterday.

MIRI (June 6): Congestion at the One Stop Covid-19 Centre at Miri Stadium has been reduced since the Civic Centre here was turn into an Issuance of Release Order (RO) and Bracelet Removal Centre.

A press release by Miri Disaster Management Committee (MDMC) yesterday disclosed that the Issuance of RO and Bracelet Removal Centre became fully operational at the civic centre since May 31.

According to minister-in-charge of MDMC, Datuk Lee Kim Shin, those who completed their 14-day quarantine with negative swab test result will be required to come the civic centre instead of the indoor stadium, to have their quarantine bracelet remove.

“People come here to get their Release Order as well as remove their quarantine bracelet. This is a more suitable facility as it has bigger parking area and there are also seats provided. It is also more comfortable,” he said after visiting the new facility yesterday.

Before the centre was set up, those who completed their quarantine had to go over to the One Stop Covid-19 Centre to have their bracelet remove. This caused congestion and overcrowded as the stadium was also use to collect swab samples.

With the new facility fully operational at the civic centre, the One Stop Centre at the indoor stadium is now focused solely on collection of swab samples, issuance of Quarantine Order and wearing of quarantine bracelet.

Meanwhile, Lee who is also the Minister of Transport said traffic flow in the city has improved starting yesterday with roadblocks implemented in several areas.

He explained that the traffic congestion as highlighted by netizens were due to many motorists returning to work after the holiday who did not have their employer’s letter yet and were stopped at the roadblocks.

“However, latest reports received from these roadblocks said motorist are adhering and those from essential services are showing their employers’ letter to enable them pass through the roadblocks. Because of this, traffic flow is much smoother now,” he said.