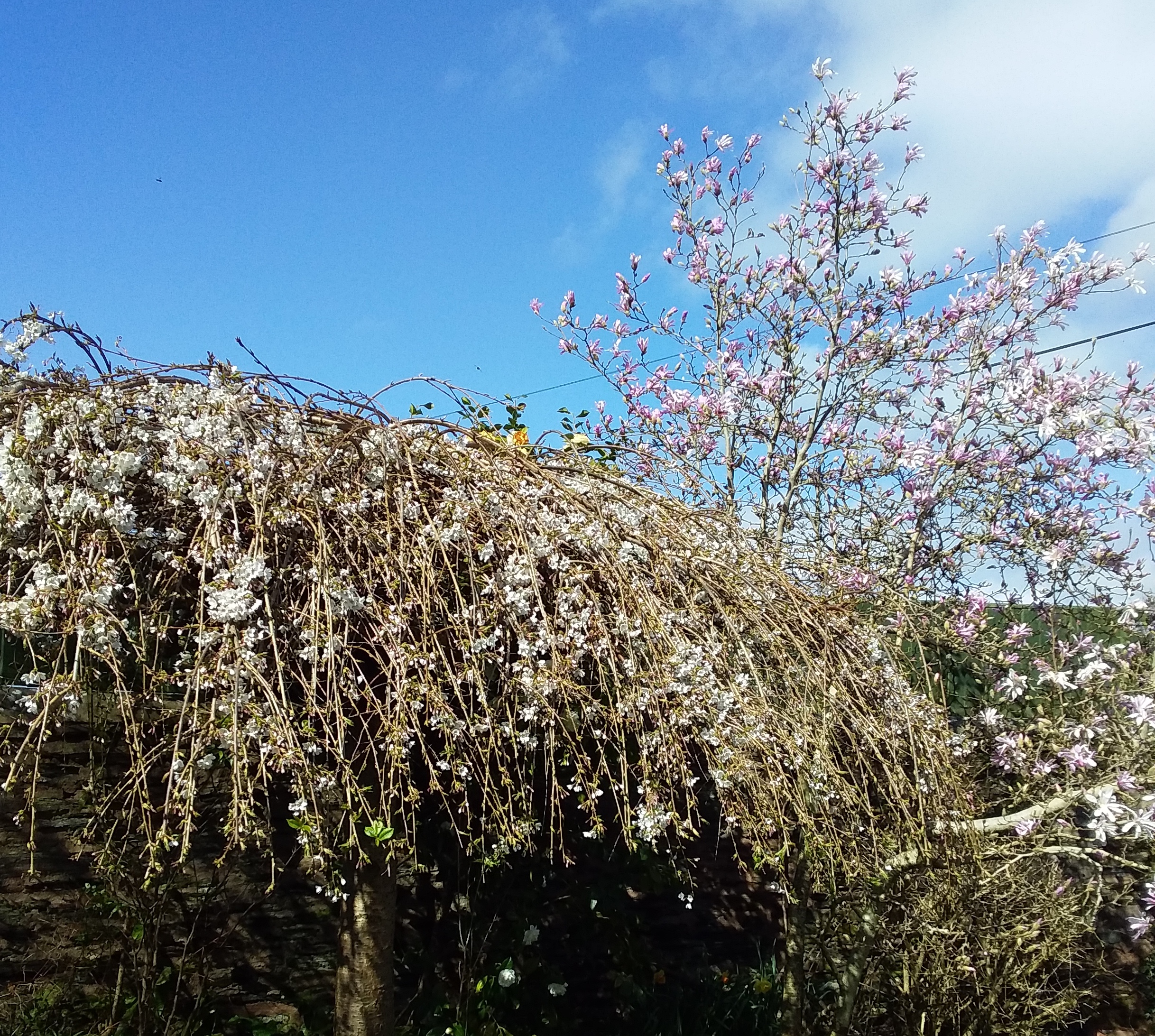 Photo shows the magnolia and weeping willow in the author’s garden.

BOB Dylan’s recording in 1964 of his song, ‘The Times They Are A-Changing’, springs readily to mind when reading about the global impact of climate change. A recent study by Professor Yuping Guan of the University of Chinese Academy Sciences in Beijing has confirmed that as the world has warmed, the seasons have shifted, bringing longer, hotter summers, shorter winters and more damaging and frequent ‘false springs’.

Utilising historical daily climate data from 1952 to 2011 the Chinese scientists discovered that, on average, global summers have elongated from 78 days in 1952 to 95 days in 2011. In the same time frame, on average, spring has contracted from 124 to 115 days;  autumn from 87 to 76 days; and winter from 76 to 71 days. The link between shifting seasons and warmer global temperatures is plain to see for a very slight change in temperature brings an earlier thaw and delays the first frosts until late in the autumn. The average seasonal temperatures have increased with summers heating at a rate of 0.09 degrees Centigrade per decade and winters by 0.3 degrees Centigrade per decade.

Colder and earlier springs pose a greater risk of ‘false springs’, which cause plants and animals to emerge prematurely from their dormant states. Northern hemisphere traditional seasons run thus: Spring — March to May; Summer — June to August; Autumn — September to November; and Winter — December to February.

Personal observations of plant life in my garden have revealed that flowers which once came into bloom in March appeared in January. By late March the hedgerows were ablaze with primroses, celandines, dandelions, daisies and daffodils. My grass needed an early mowing as the daily temperatures were well above the critical limit for grass growth of 6 degrees Centigrade. Trees were bursting into bud and my camellias were in full bloom.

However, sharp nightly frosts throughout April killed off most plants. This April was the frostiest April for 60 years and the driest April on record with an average of 12.9mm of rain compared with the usual average of 72.53mm. We normally associate April with ‘April showers’ but this year ‘arid April’ is a more suitable name! This period of extraordinary dry weather has led to multiple wildfires in the National Parks and Areas of Outstanding Natural Beauty in Southwest England. Some of these fires may have been due to the local annual agricultural practice of ‘swaling’ or burning off dead bracken on moorlands to stimulate new grass growth for upland cattle grazing. The fires got out of control as they were fanned by bone dry northerly and easterly winds from the Arctic. 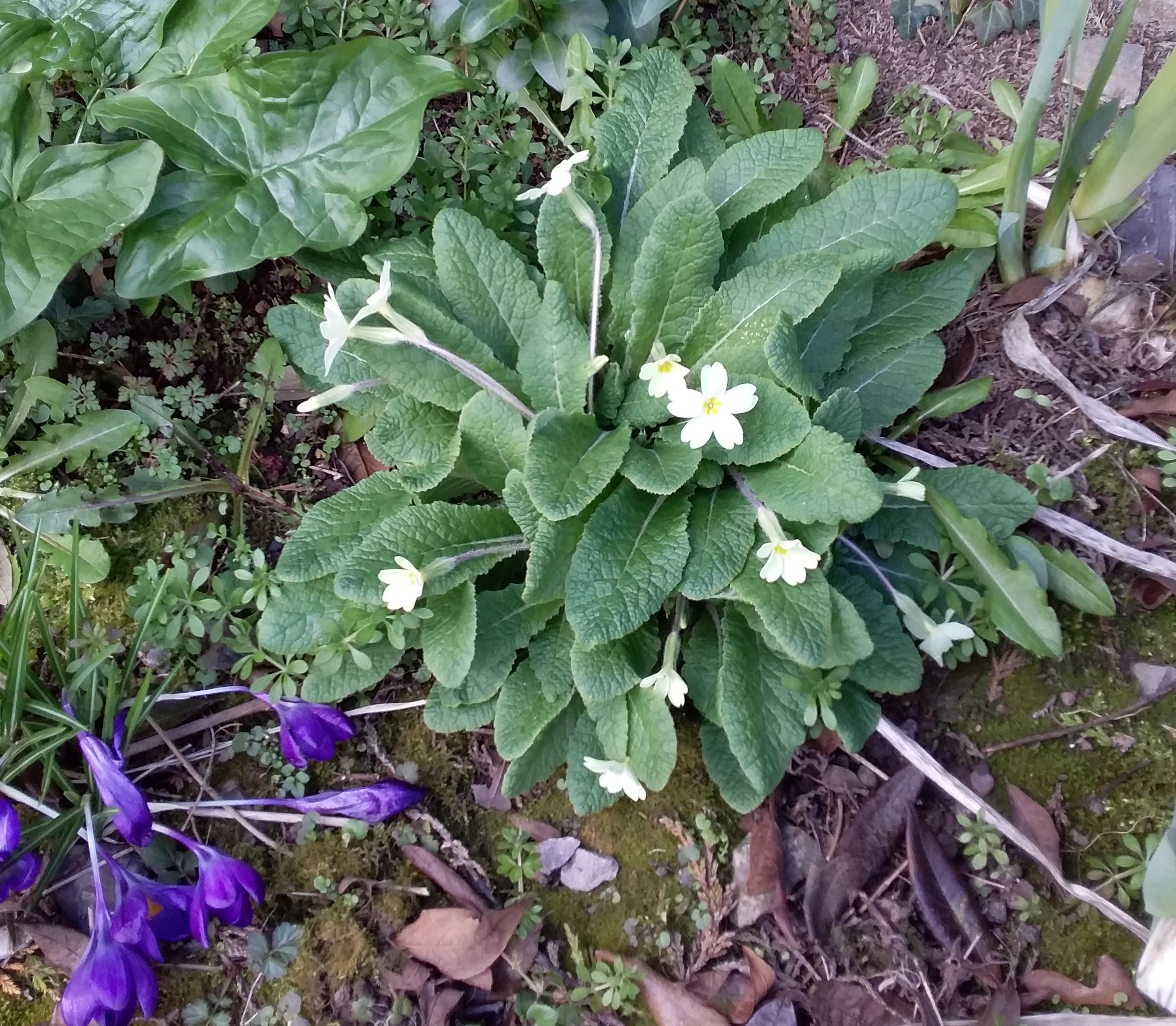 Nightly frosts in March and April have devastated many French vineyards and fruit farms where growth and buds on plants have been killed off. French wine production is expected to fall by 30 per cent this year. Policy making for the agricultural, ecological, and environmental sectors will be impacted by this adjustment in the seasonal clock. We live in hope this year of an ‘Indian summer’ extending into September and mid-October! The reasons for the ‘false springs’ are related to the meanderings of the Polar Jet Stream, which normally drive depressions or low atmospheric pressure cyclones across the North Atlantic Ocean towards Western Europe bringing milder air and rain. This year the Jet Stream has drifted north over Greenland and Iceland and then plunged southwards bringing in cold Arctic air and blocking anticyclonic conditions.

What of seasonal shifts in Borneo?

Theoretically, this third largest world island experiences summer and winter monsoon climatic conditions but the daily weather is complicated by the interior highlands such as the Crocker Range in Sabah creating rain shadow effects between east and west Sabah. In essence the circulation of air in Borneo is controlled by the Asian-Australian monsoon with the winter monsoon from December to February and the summer monsoon from June to August.

Historically, the summer monsoon with its rains comes from the southwest being deflected in crossing the Equator from its south easterly path from Australia. The winter monsoon arrives in Borneo from the northeast. Thus, historically we should experience periods of drier weather from March to May and from September to November, but is this the case today?

Certainly our monsoonal seasons are out of kilter for between March and early May this year we have experienced high rainfall inputs almost on a daily basis from late afternoon and through the night only to be subjected to bursts of very hot and almost stifling high temperatures from 1pm to 3pm. Our Bornean climate is currently ‘topsy-turvy’ and whatever daily weather we receive, be it in Kuching, Miri, Kota Kinabalu, or Sandakan we must remember that urban areas make their own climates and are affected by their specific locations. In the case of the four fore-mentioned urban environments, maritime influences come into play. Flooding and droughts are well recorded in Bornean history but they are likely to be more frequent, together with landslides disrupting communications, in the immediate years ahead. The frequency of such extreme events are likely to increase in future  together with increasing periods of drought, fires, and haze all having effects on agricultural outputs and food resources.

Global warming is here to stay unless we can, through technological developments, reduce our greenhouse gas outputs. ‘Earth Day’ is celebrated but once a year but daily we can make a personal contribution by switching off unneeded electrical appliances in countries that require the burning of fossil fuels to generate electricity. It is easier said than done in tropical countries where there is a need to switch on fans and air conditioning systems to combat ever rising temperatures. Here, in Borneo, we are in a Catch 22 situation and one that is shared worldwide, as our seasonal temperatures and rainfall no longer fit into the prescribed patterns. Research has implied that there will be increasing periods of drought in Borneo, which will impact upon forest fires in Indonesia’s Kalimantan province.

Our seasonal clocks involve ecology, oceans, and our atmosphere and they need our constant attention, as they are the basic parameters for a whole host of natural phenomena. The effects of climate change upon the natural world could be disastrous as we more and more compete with our animal’s rapidly diminishing spaces. 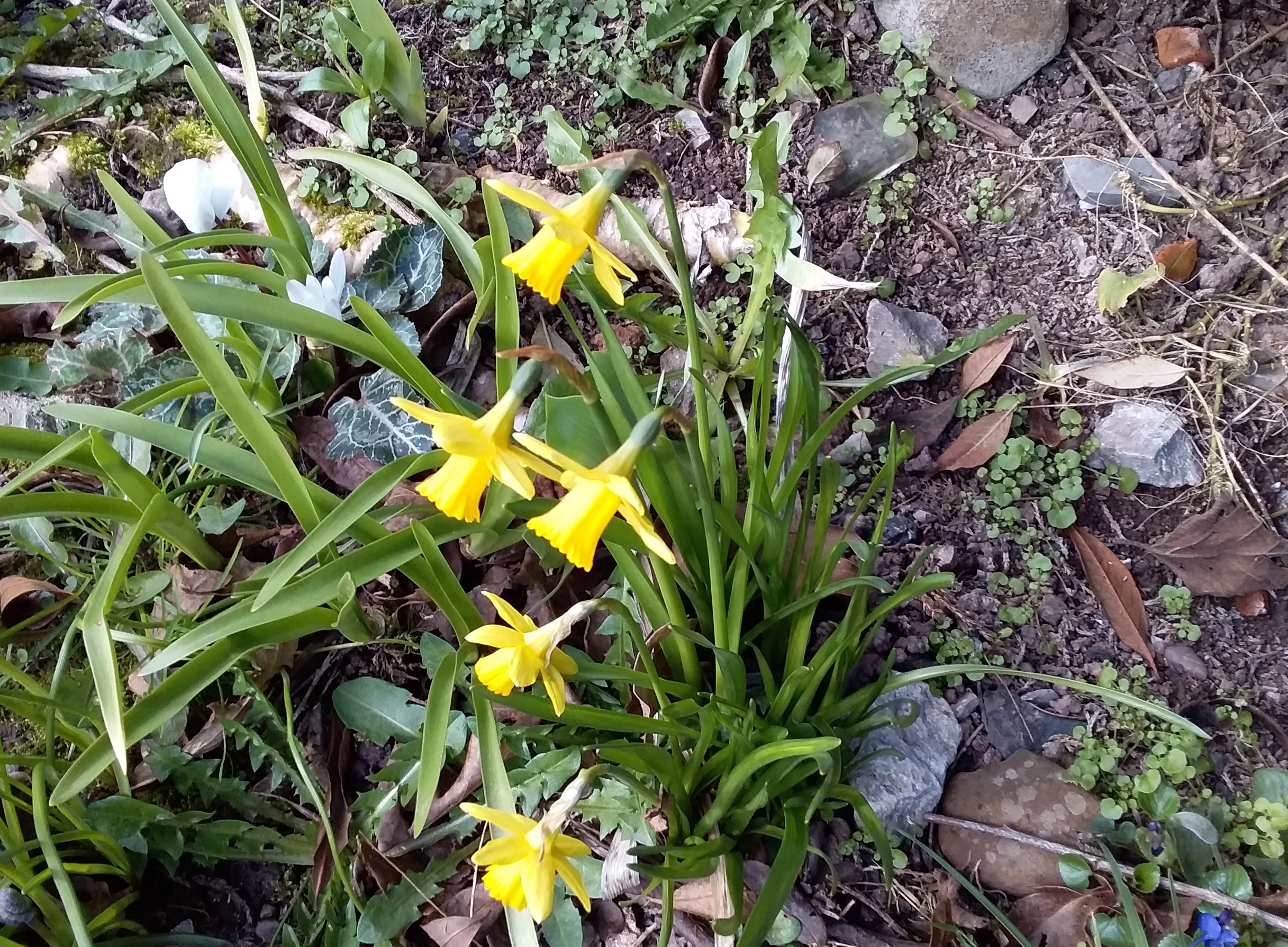 Daffodils blooming in very early March are a sign of weather changes.

Previous ArticleA storm in a coffee cup
Next Article Pay cut is good PR but vaccination rollout is No. 1, says Prof Chin