Tuesday, June 15
You are at:Home»News»Sarawak»SDMC asked to stop scheduled supply of goods at Ba Kelalan border under bilateral agreement 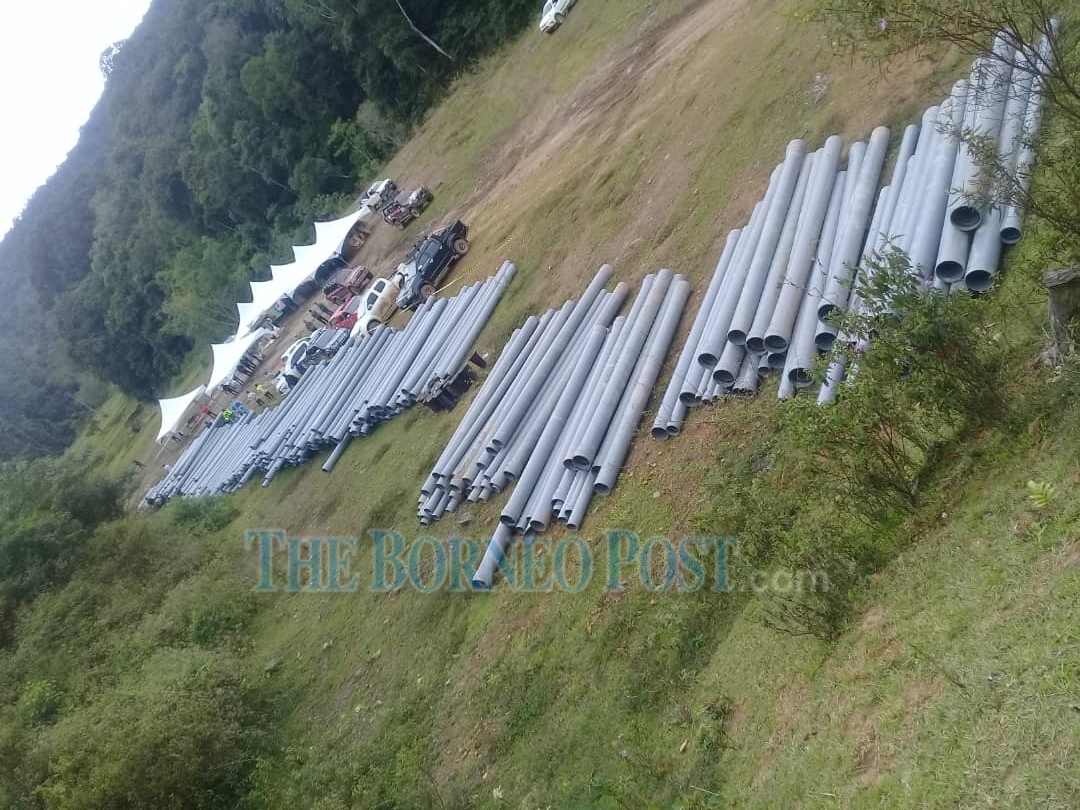 File photo shows materials being sent through Ba Kelalan across the border to Long Midang in North Kalimantan under the bilateral agreement between Malaysia and Indonesia.

KUCHING (June 8): The State Disaster Management Committee (SDMC) has been asked to immediately cease the scheduled supply of goods at the Ba Kelalan border with Indonesia on Thursday and Friday (June 11-12).

According to Ba Kelalan assemblyman Baru Bian, allowing the programme under a bilateral agreement between Malaysia and Indonesia at this time would put the safety and lives of Lawas folk at risk.

He said the people of Indonesia will not starve without this programme, but the people of Sarawak may suffer consequences if it goes ahead.

Baru said he had on April 16 highlighted the concern and strong objection of Ba Kelalan folk to certain individuals taking advantage or misusing the supply of goods at the border under the bilateral agreement.

“It has come to my attention again that another delivery of goods is scheduled to be carried out on June 11 and 12 at the border between Ba Kelalan and Long Midang, which will be witnessed by (Deputy Minister of Rural Development II) Datuk Henry Sum Agong.

“In connection with this, I have received a copy of a letter dated June 3, signed by 61 residents of Ba Kelalan setting out their objections to this scheduled activity.

“One of their main concerns is that the numbers of positive Covid cases has been increasing, and none of the residents have received the Covid vaccination yet,” Baru said in a statement today.

According to him, the Limbang Resident had written to the village headmen of Punang Kelalan and Buduk Nur to request they ensure the programme is not disrupted.

He claimed the letter also stated that the persons involved in the transportation of goods must have a negative Covid-19 swab test.

“However, there is not enough detail about when these swab tests were done, and as everyone knows, there have been cases of people becoming positive even after getting negative results, like the super spreader in the Pasai cluster who came back from Johor.

“Also, there will be individuals crossing over from Indonesia to pick up the goods. How can we be sure that they are not carriers of Covid-19?” he asked.

Baru reiterated his claim that the controls during the previous exercise were so slack that Indonesians were seen shopping in Lawas town.

According to him, the schedule attached to the letter from the Resident showed that the Indonesians are to pick up the goods from 10am on June 11 to 6pm on June 12.

“Datuk Henry Sum is surely not going to be there all this time to ensure that strict controls are enforced.

“At a time when we are facing a Covid crisis, when the death toll from this pandemic is projected to reach 26,000 by September, it makes no sense for the government to allow this activity to be carried out.

“We have just experienced a bad flood in Lawas, which caused huge suffering to many people. The last thing we need is a Covid cluster caused by this needless programme,” he said.

He added that to Ba Kelalan folk, this is yet another example of double standards practised by the authorities.

He claimed that while this is purportedly a government to government initiative, it is common knowledge that private businessmen are involved.

Baru said if this is truly a government to government initiative, the goods should be delivered using government vehicles and handled by government staff and officers.

“I have been reliably informed that some private enterprise owners are ‘appointed’ or approved by the Resident’s office to send these goods — basic necessities plus cement, iron bars, and other building materials.

“But the question is, why these building materials if we are talking about basic necessities? Apparently these chosen ones are as usual associated with or are supporters of Gabungan Parti Sarawak (GPS), and are the ones who will benefit.

“The goods are actually ordered and paid for by some businessmen in Indonesia, who then sell them at a high prices to local Indonesians,” he claimed.

According to Baru, the bigger question is why this is allowed to continue during the Movement Control Order (MCO).

He also claimed Ba Kelalan folk are not confident that the guards will have strict controls over the movement of people across the border during those two days.

He pointed out Covid-19 cases in Sarawak are among the highest in the country and the SDMC has established strict standard operating procedures (SOPs) including restricted entry into Sarawak.