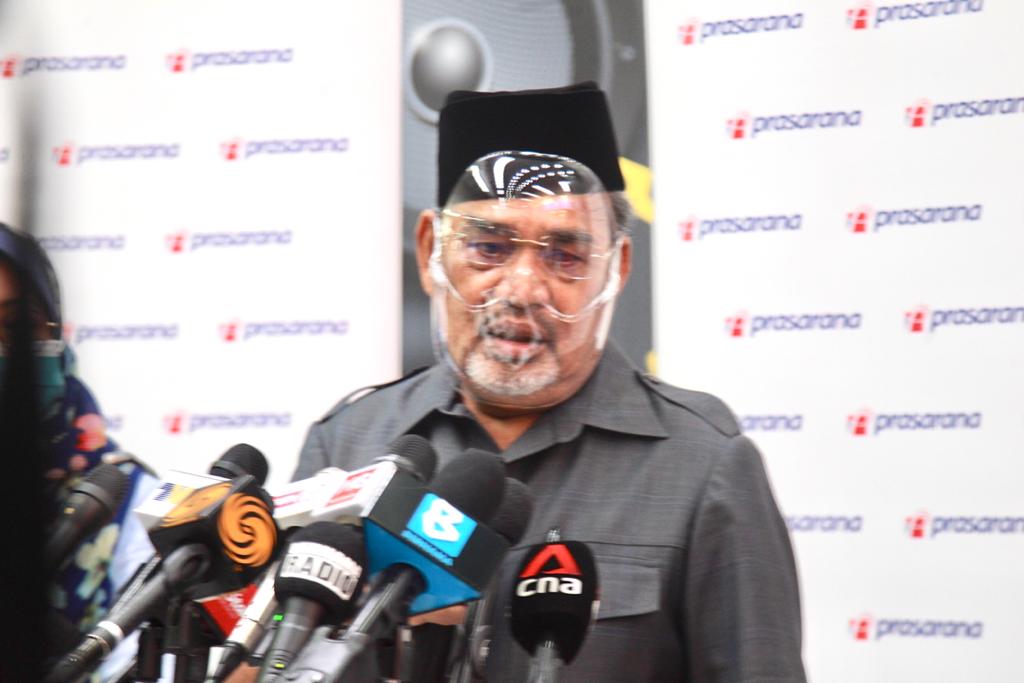 Tajuddin speaking during a press conference on May 25. – Malay Mail photo

KUALA LUMPUR (June 9): Datuk Seri Tajuddin Abdul Rahman has been fined RM1,500 for violating existing Covid-19 standard operating procedures (SOP) by not wearing a face mask during a press conference here in May.

“It was decided that Tajuddin should be fined RM1,500 for committing an offence under Regulation 17 (1) Prevention and Control of Infectious Diseases (Measures in Local Areas of Infection) Regulations 2021 for his failure to wear a face mask during a press conference as stipulated under the movement control order’s standard operating procedure.

“The fine will be issued at the earliest,” he said in a statement here.

The offence took place at the KLCC LRT station following a site inspection by Tajuddin where two trains had collided, resulting in 213 passengers sustaining various degrees of injuries on May 24.

In the incident that was caught on camera, the former Prasarana Malaysia Bhd chairman had explained that his decision to wear only a face shield was so it would be easier for the press to hear him.

According to the existing MCO SOP issued by the National Security Council, it is mandatory to wear a face mask beneath a face shield. – Malay Mail