Tuesday, December 6
You are at:Home»News»Sarawak»Students get to go home after being stranded at sports school

Fadillah (left) meets the Sarawakian SSMS students at the KLIA.

SEPANG (June 9): All 26 Sarawakian students of Sekolah Sukan Malaysia Sabah (SSMS) expressed their relief and gratitude over being able to finally return home.

They were stranded at the school in Kota Kinabalu following the closure order under the Movement Control Order (MCO) on June 1.

“We are grateful to the Sarawak government, the Ministry of Education (MoE), the Sarawak House in Kuala Lumpur, Sarawak Volunteers and also Malaysia Airlines for arranging our return today (yesterday). 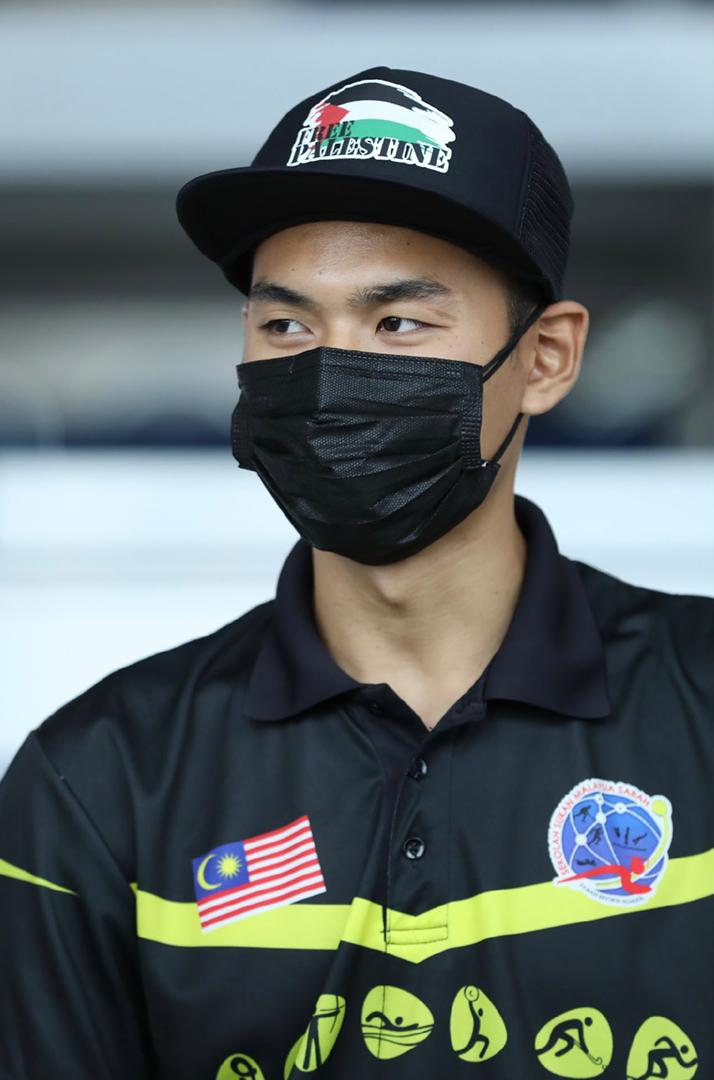 He also thanked Minister of Works Datuk Seri Fadillah Yusof, who is the patron to Sarawak Volunteers, for seeing them off at the KLIA.

“The minister gave us some words of encouragement and advice,” said Mohamad Aiman, 20, from Sarikei, who is a high jump athlete.

He led the recitation of ‘doa’ (words of prayer) before he and his SSMS mates boarded Malaysia Airlines Flight MH2536 bound for Kuching, which was scheduled for take-off at 2.05pm. 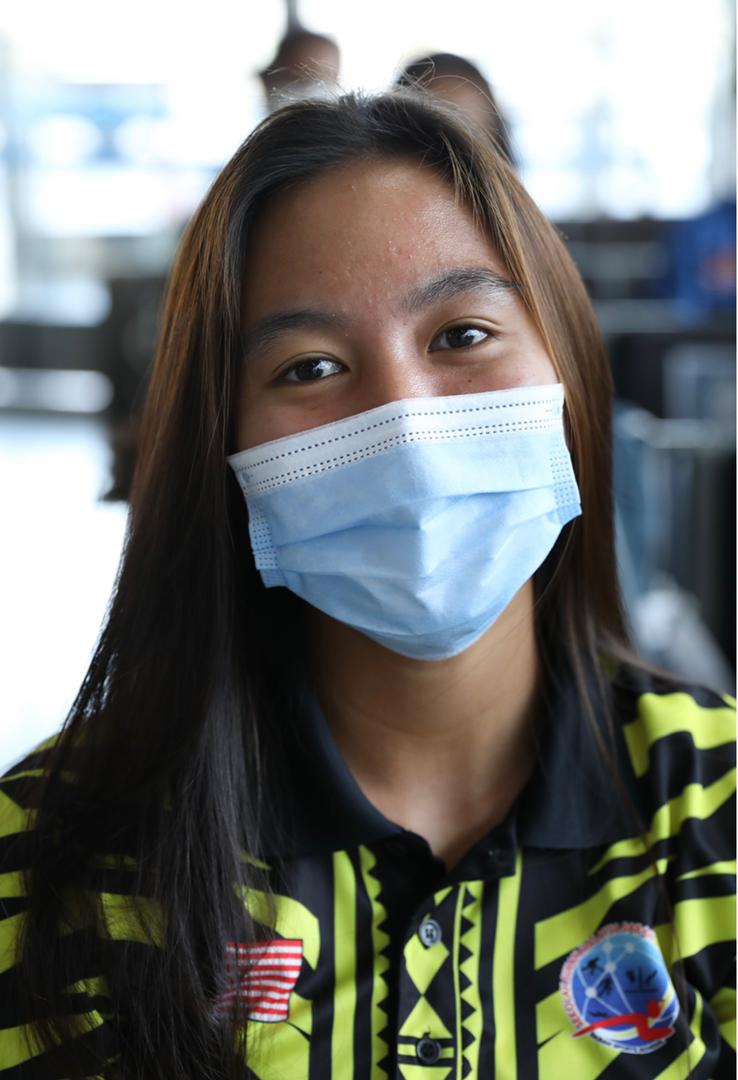 Vanessa Payak, a 19-year-old Bidayuh from Bau, was overwhelmed when she was told that not only could they return home to Sarawak, but all the expenses would be fully borne by the MoE and the Sarawak government. 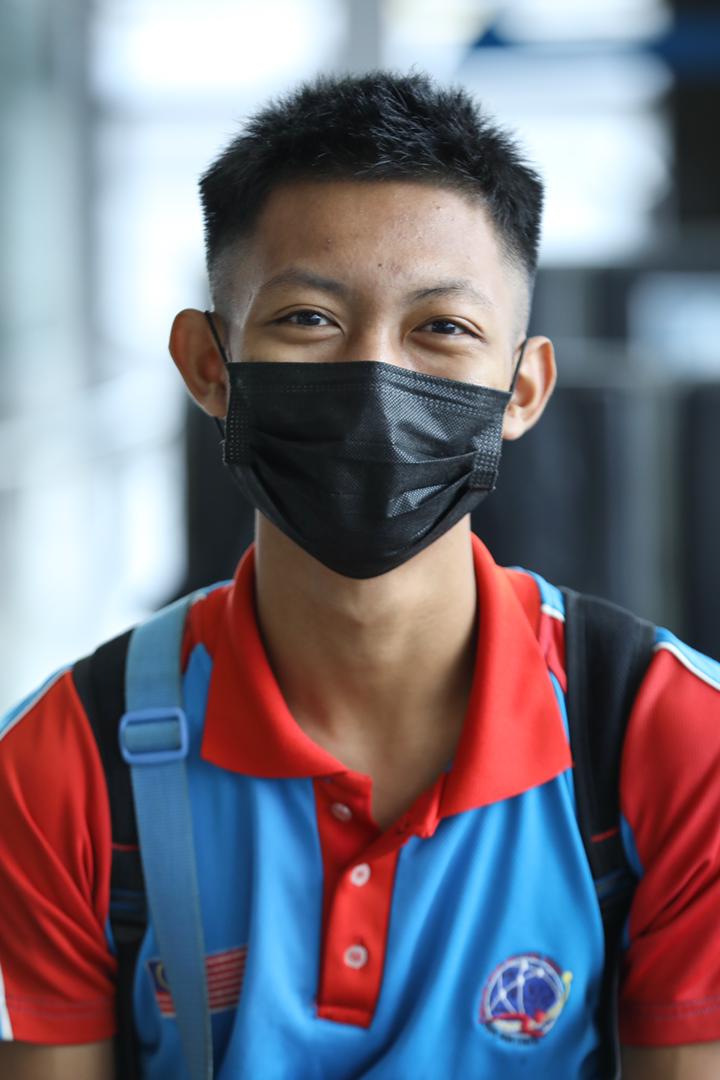 Athletics student Rozales Sigau, a Kenyah from Bintulu, said he was touched by the concern shown by the Sarawak Government and other organisations that had made the arrangements for their return.

“We still can’t believe that we can go home today, because such arrangement must be difficult during this pandemic and the MCO situation like now. 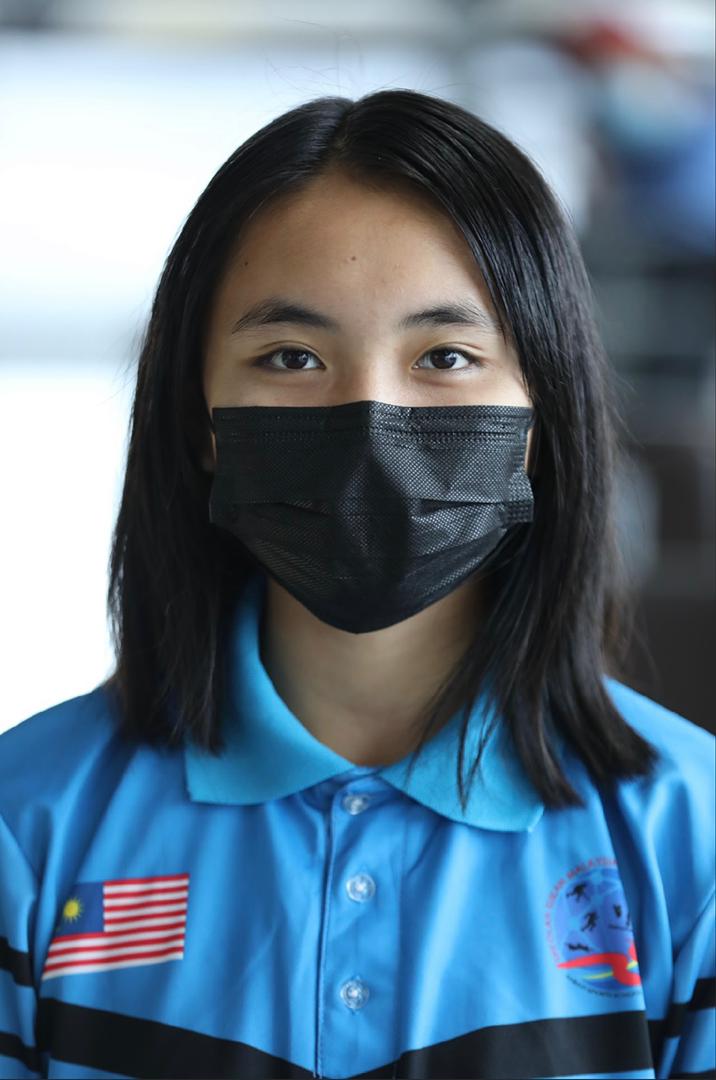 Pole vault athlete Yulieya Anasha Sanin, 14, said she and her mates had been having trouble in managing their own return due to the difficulties in securing flights.

“Alhamdulillah (Praise be to God), with the help from the Sarawak government and the Ministry of Education, we’re finally able to return to Kuching,” she said, adding that she would return to her home city Miri after undergoing a 14-day quarantine in Kuching. 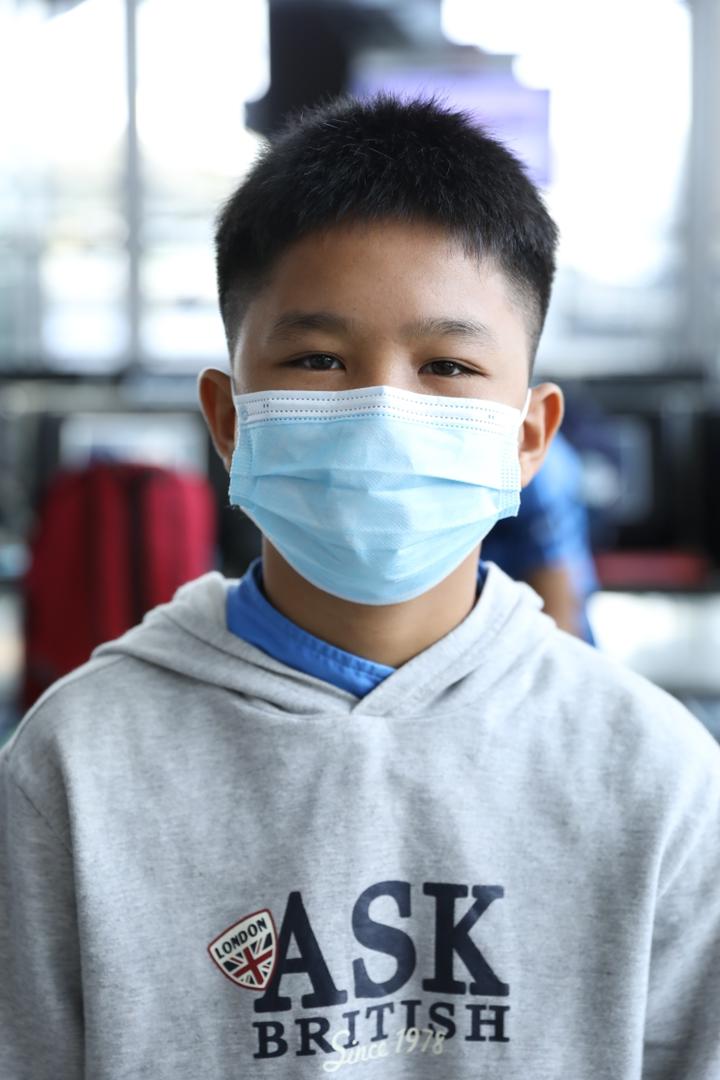 Alfando Gerry Mike, who is the youngest among the group at age 13, said he could not wait to meet his family.

“After all, I could not go home to celebrate Gawai with my family recently,” said the young Iban, who is a diving athlete.

Alfando, who is the seventh of eight siblings, said like Yulieya and others, he would have to undergo a two-week quarantine in Kuching, before being sent back to his hometown Limbang.

Earlier, all the Sarawakian SSMS students were flown in on-board Flight MH2607, which took off from Kota Kinabalu at 4.55pm on Monday and arrived here at 7.30pm that same night.

The students were then placed at TUNE KLIA2 Hotel, of which the arrangements were made by Sarawak Volunteers and Rumah Sarawak in Kuala Lumpur.

“Of the 26 students, 12 are from Miri, five from Sibu, five from Kuching, three from Bintulu, and one from Limbang.

“All of them would be flown to Kuching, where they must undergo quarantine before being sent back to their respective hometowns. This is being arranged by the Education Department Sarawak,” said the Works Ministry in a statement.

In his remarks, Fadillah thanked all parties, especially the MoE, Sarawak House and Sarawak Volunteers for managing the return of the SSMS students.

He disclosed that Sarawak Volunteers had been contacted about the position of the Sarawakian students after their hostel and school were ordered to close under the MCO.

In addition, Fadillah said throughout the period of the Covid-19 pandemic, the Sarawak government through Sarawak Volunteers and Rumah Sarawak in Kuala Lumpur had helped a total of 12,168 Sarawak students, who were either stranded or facing problems throughout Peninsular Malaysia, as well as in Sabah and Labuan.

“Assistance has also been provided to Sarawak students returning from abroad during the period of MCO enforcement since Jun 1,” he said.