Saturday, July 24
You are at:Home»News»Sarawak»128,648 in Sarawak complete both doses of Covid-19 vaccine 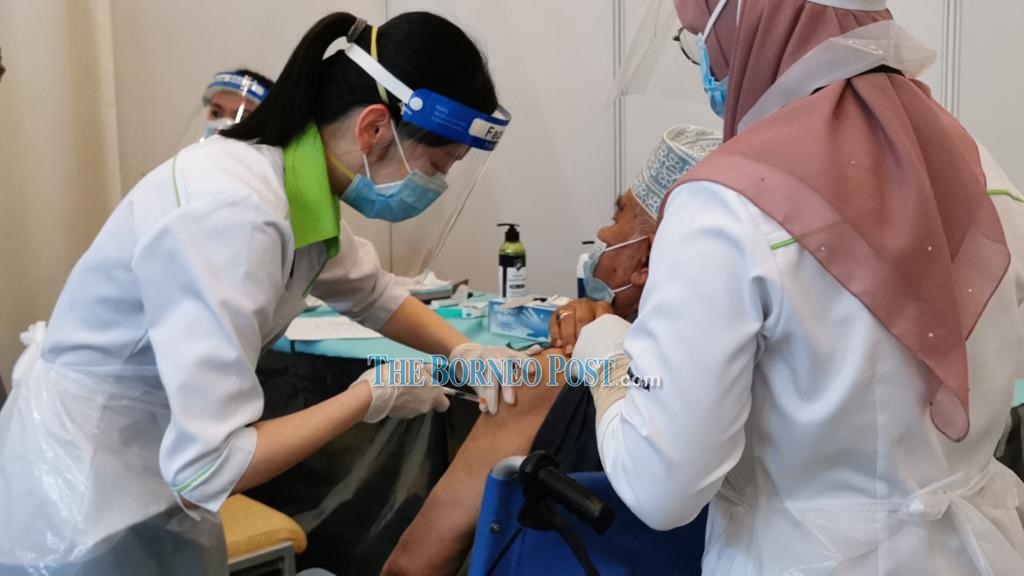 A medical worker gives a recipient a dose of the AstraZeneca vaccine in Kuching.

KUCHING (June 10): A total of 128,648 individuals in Sarawak completed both doses of the Covid-19 vaccine as of yesterday.

According to infographics shared by the Ministry of Health (MoH) on Facebook today, Sarawak recorded the second highest number of full vaccinations after Selangor, which saw 157,671 people having completed both doses of the vaccine.

“While 128,648 people in Sarawak have received both the doses, Malaysia as a whole recorded over 1.22 million people having completed the vaccination process,” said the ministry.

As of yesterday, 261,225 people in Sarawak had been given the first dose of the vaccine.

Nationwide, over 2.72 million people have received the first dose of the Covid-19 vaccine.