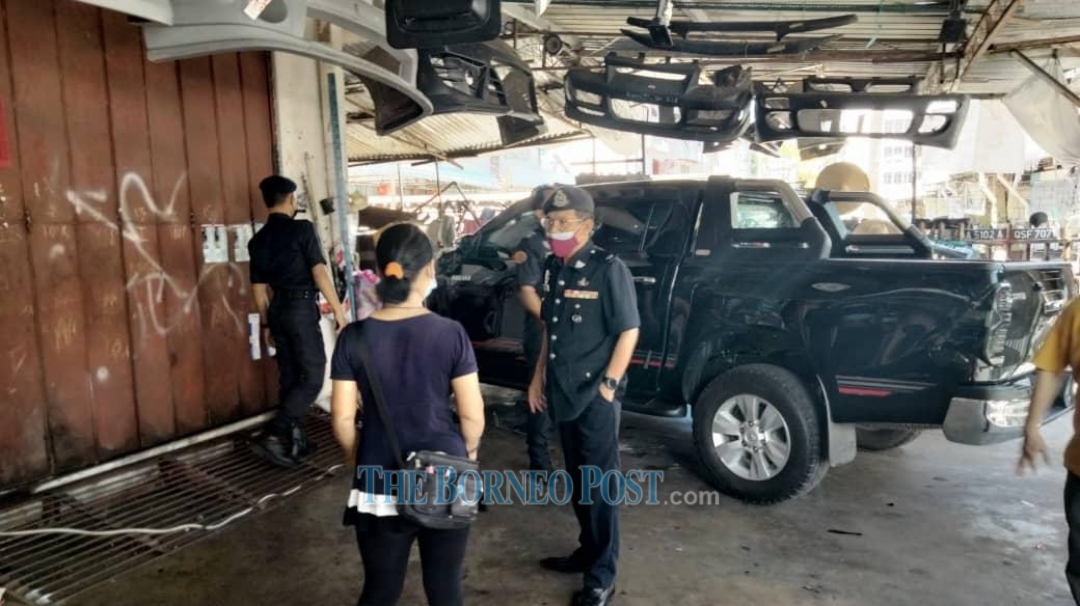 Police issuing the compound to the owner of a car accessories shop.

SIBU (June 10): Three business premises and a construction site supervisor were slapped with a compound for violating the standard operating procedures of the Movement Control Order (MCO).

“Two of the business premises are car accessory shops, one a nursery shop and another one a site supervisor,” he said in a media statement.

Stanley said the owners of the car accessories shops were slapped with a compound of RM10,000 each as they were not allowed to operate during the MCO, the nursery shop owner was issued a compound of RM5,000 for not providing the entry and exit routes for customers while the site supervisor was issued a RM10,000 compound for operating without permission.

He also said five individuals were issued RM2,000 compound for not wearing face masks in a shop at Jalan Khoo Peng Loong that was not allowed to operate.

The compounds were issued under Rule 17 (1) Regulations for the Prevention and Control of Infectious diseases (Measures in Local Areas of Infection) 2021 for violating the MCO.