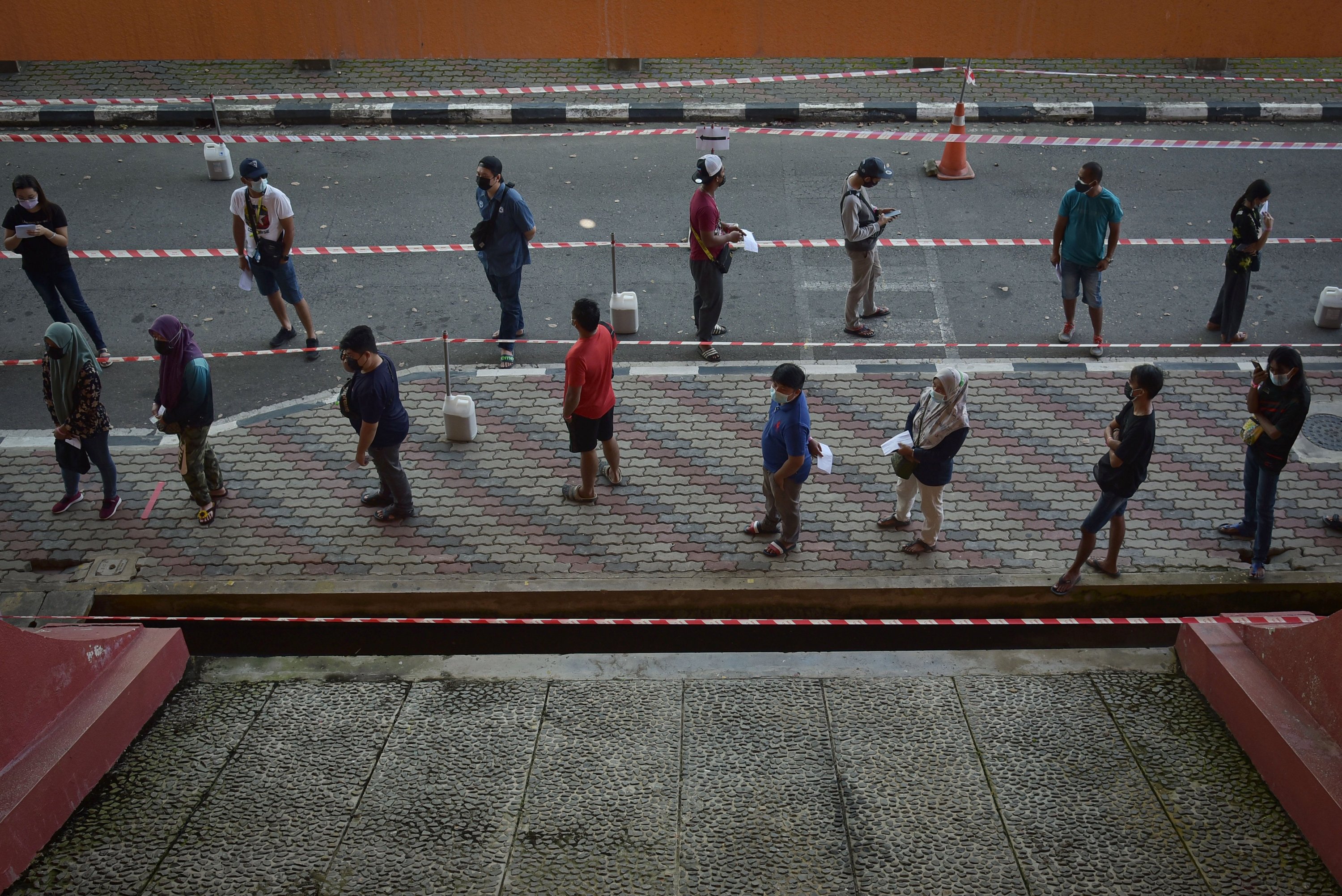 The public maintaining social distancing while queuing up at the quarantine tag removal counter at Labuan Sports Complex for Covid-19 screening on Thursday. – Bernama photo

The screening counter was previously operating from the Membedai Health Clinic compound near the town centre but was shifted to the sports complex on the outskirts of town to ease congestion at the public health clinic.

Labuan Health Department director Dr Ismuni Bohari said the relocation was timely due to the ongoing mass screening of close contacts of Covid-19 patients from various parts of the island.

“We decided to relocate because of the increase in the number of people undergoing the tests. We want to prevent huge crowds from gatheirng in one area,” he told Bernama on Thursday.

He said the sports complex, first used for the release of Annex 17 wristband on June 5, would operate as a screening counter from 8 am to 4 pm.

Dr Ismuni said the capacity of the screening counter had to be increased as it would cater to thousands of local folks and crews in the oil and gas and shipping sectors.

“Quite a number of shipping crews are undergoing isolation at designated hotels downtown; we are very much focused on controlling the outbreak to prevent it from reaching the local community,” he said.

He also said the Covid-19 infection rate here is on a downward trend, with Labuan recording 106 cases on Thursday compared to 200 on Wednesday, bringing Labuan’s total to 5,458.

The Layangan cluster, which was sparked by the Delta strain of variant of concern, had not recorded new cases the past two weeks and remains with 64 cases. – Bernama