Sunday, June 13
You are at:Home»News»Sarawak»Mother and son among three killed in accident near Borneo Tropical Rainforest Resort 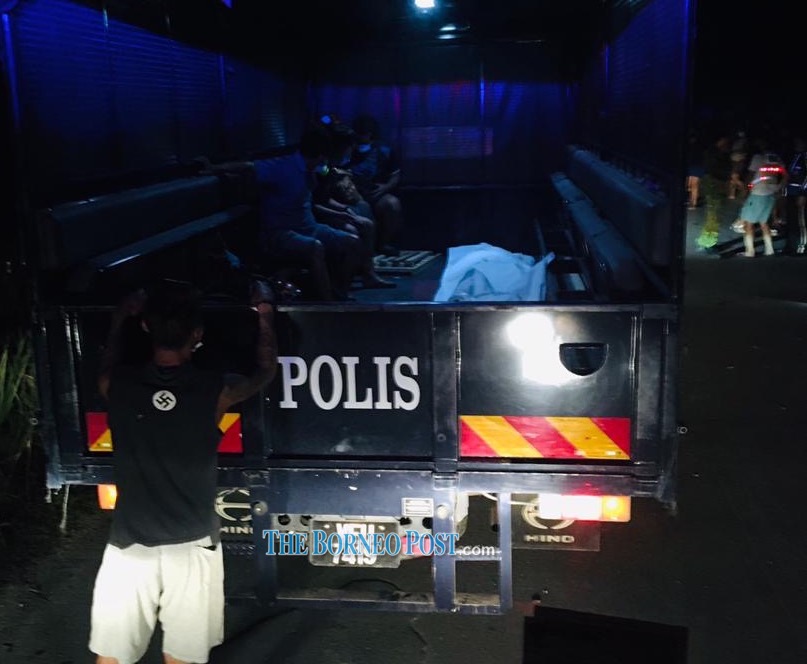 A police truck waits to transport the bodies to Miri Hospital for post-mortems.

MIRI (June 10): A mother and son were among three people killed in an accident near the Borneo Tropical Rainforest Resort here last night.

The mother and son have been identified as Maria And, 56, and Roland Gerunsin, 26.

They were riding a motorcycle from Bekenu back to their longhouse in Sungai Liam when the accident occurred.

It is understood that their motorcycle was involved in a collision with an oncoming car from the opposite direction.

The impact of the accident caused Roland and Maria, who was riding pillion, to be thrown off their machine.

Medical personnel from Miri Hospital pronounced all three dead at the scene.

The bodies were later brought by a police truck to the hospital for post-mortems.