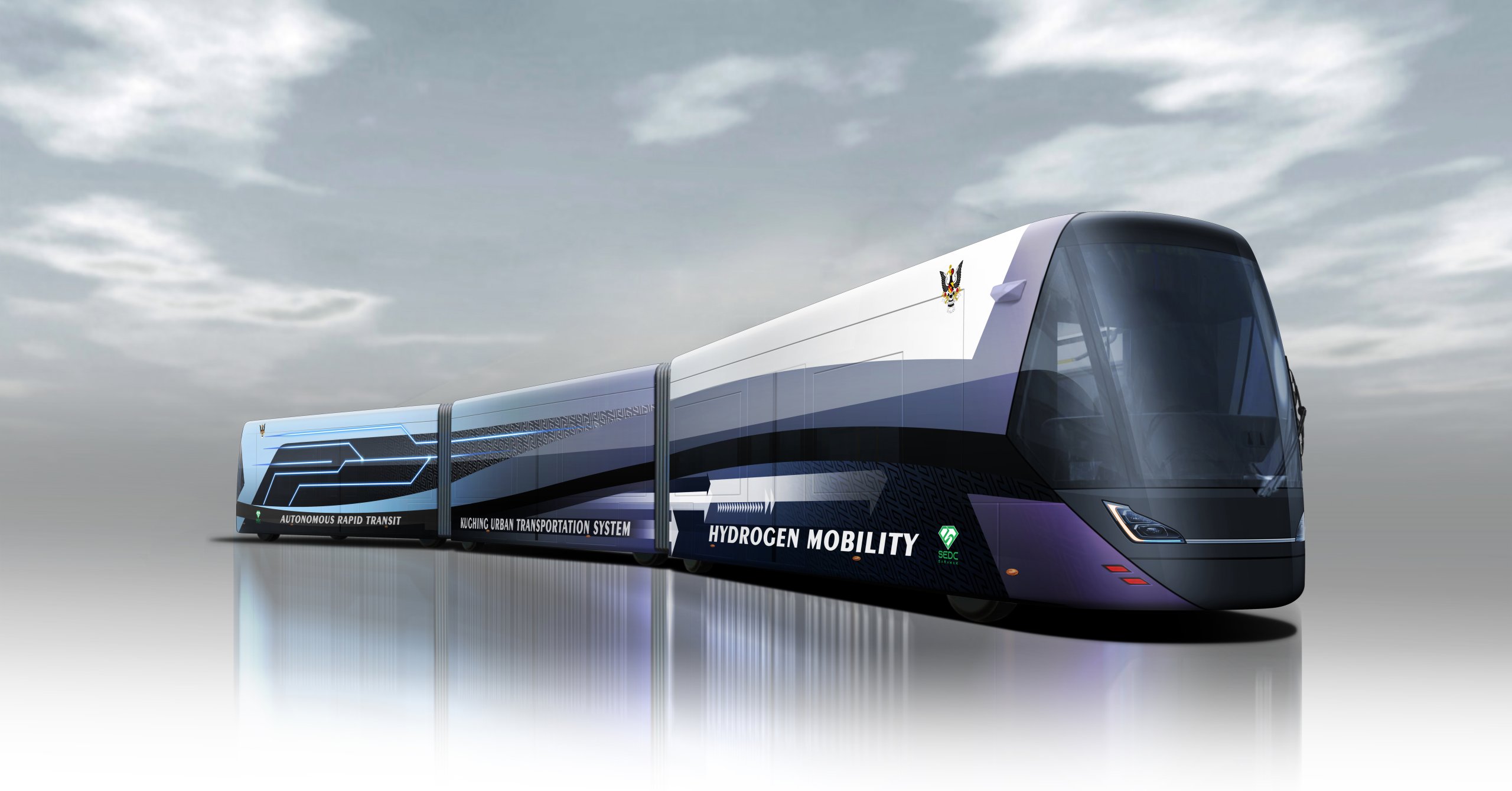 An artist’s impression of the Autonomous Rapid Transit (ART) for the Kuching Urban Transportation System (KUTS).

KUCHING (June 11): Companies have been invited to register as rolling stock vendors by June 28 to supply a fleet of rubber-tyred hydrogen-powered trains for the two-line light metro to be constructed here.

According to a report in the International Railway Journal, Sarawak Metro is responsible for implementing the two-line rubber-tyred light metro in Kuching.

The report said each train will have a minimum crush-load capacity for 300 passengers.

The trains will be powered primarily by on-board hydrogen fuel cells with enough storage capacity for one refuelling per day, said the report.

According to the report, the trains will be guided using an optical system and will operate at Grade of Automation 2 (GoA 2) with the potential to upgrade the system to a higher level of automation.

It also said the trains will have a minimum service life of 25 years, but preferably 30 years.

The report added Sarawak Metro is responsible for the project, which comprises an X-shaped network of two lines consisting of the Samarahan Line, which is due to open in 2025, followed by the Serian Line a year later.

Extensions are planned at each end of both lines as well as a third line in the city centre.