Sunday, June 20
You are at:Home»Columns»Opinion»About a century-long history, role model and good governance

By Cheng Guangzhong, Consul General of the People’s Republic of China in Kuching 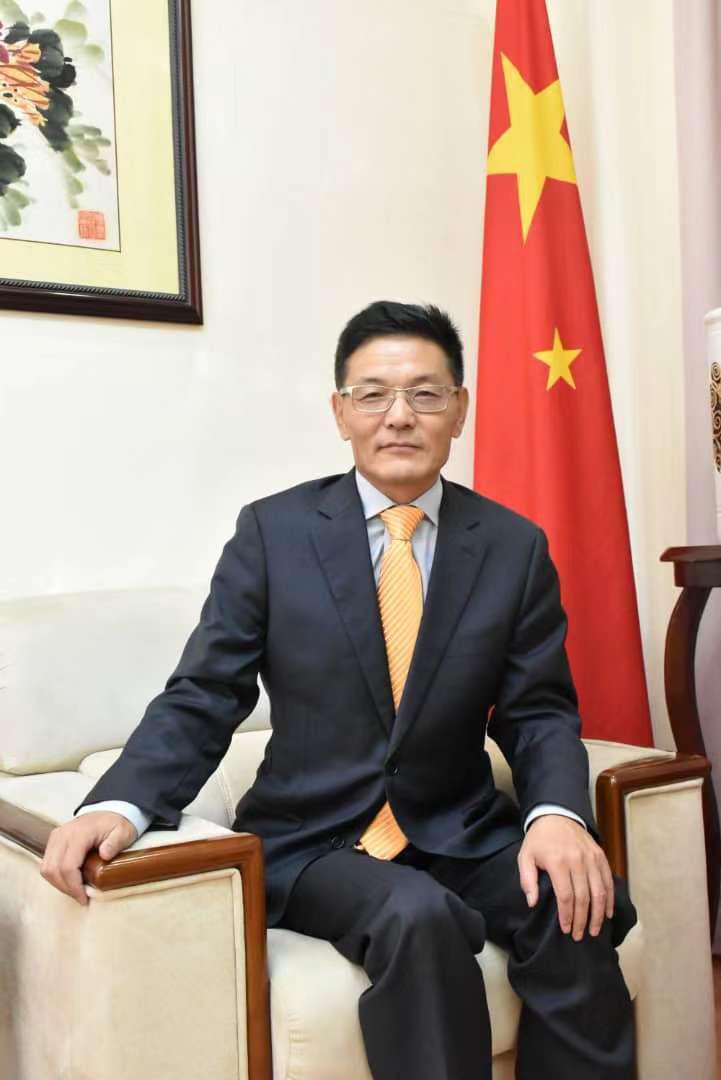 YEAR 2021 marks the 100th anniversary of the founding of the Communist Party of China (CPC). Over the 100 years since its founding, the CPC has made profound changes to the development course of the Chinese nation in modern history and Chinese people’s destiny, making influential impact on global agenda and the growing trend of the world.

2. The CPC brought the dream of the ‘Great Rejuvenation’ of the Chinese nation to realisation. The 100 years of CPC history could be divided into four historical periods: the period of ‘New Democratic Revolution’ from 1921 to 1949, the period of ‘Socialist Revolution and Construction’ (1949-1978), the new period of ‘Reform, Opening Up and Socialist Modernisation (1978-2012), and the ‘New Era of Socialism With Chinese Characteristics’ since 2012. In major terms, these four periods fall into two major phases: the 28 years before the establishment of the PRC, and 72 years after 1949. During the 100 years, the CPC achieved two major leaps by combining the universal principles of Marxism with the reality of China.

Since the 18th CPC Party Congress held in 2012, under the strong leadership of President Xi Jinping, when adhering to the overall layout of the ‘Five-Sphere Integrated Plan’ and the ‘Four-pronged Comprehensive Strategy’, China has overcome severe challenges and made new great achievements. Especially in 2020 when the world suffered from the unprecedented epidemic of Covid-19, China has not only achieved great success in the fight against the pandemic, but has also scored major victories in promoting economic recovery and development. In this very year, China realised a full victory of poverty alleviation and stepped into a moderately prosperous society, achieving its first centenary goal.

This year is the 100th anniversary of the founding of CPC as well as the first year of China’s moving on to all-out efforts towards building a great modern socialist country. We have achieved the ‘First Centenary Goal’ – now we are moving forward to achieve the ‘Second Centenary Goal’.

According to the 19th CPC Party Congress and the Fifth Plenary Session of the 19th Central Committee, the Second Centenary Goal is divided into two phases. The target of first stage is the country will achieve a basically-realising modernization by 2035. It will then take another 15 years to turn China into a modern socialist country with a high degree of democracy, civilisation, prosperity, harmony and beauty, by 2050.

3. Why the Communist Party of China has achieved so many historical achievements? What are the reasons that the CPC can lead China in rising from doom to rebirth, poverty to wealth, weakness to strength? In addition to its mandate and vision, the great leadership, hardworking Chinese people, and the Chinese national virtue of self-improvement, there are so many other import reasons as follows:

First, remaining true to our original aspiration and keeping our mission firmly in mind.

i. Over the past 100 years, regardless of the internal or outside changes, generations of Chinese Communists have always remained true to their original aspiration despite all the vicissitudes they face.

Second, being committed to the people-centred philosophy.

Chairman Mao Zedong once made a vow in his poem: ‘Fear not the sacrifice for the noble cause, since we have courage and determination to change the sun and moon for a new sky’. Over the past century, more than 20 million Chinese heroes have sacrificed their precious lives for a better China. In recent years, more than 1,800 people have sacrificed their lives during work for poverty alleviation.

Reform and innovation are the secret source for the CPC to stay vigorous. In the revolutionary era, the CPC made bold innovations and established PRC successfully. After that, the CPC insisted on reform and opening up, finding the path of socialism with Chinese characteristics. To find China’s own path to prosperity and development, former Chinese leader Deng Xiaoping, the chief designer of China’s ‘Reform and Opening-Up Policy’, called upon the whole Party to advocate innovations. President Xi Jinping emphasised that China’s reform and opening up would always be on the way.

The CPC strives to build ‘a community with a shared future for mankind’, carrying on the traditional principle of ‘precious harmony’, ‘all nations in harmony’ and ‘world unity’ rooted in Chinese civilisation.

During the establishment and construction process of the Republic, the CPC has been unswervingly opposing foreign aggression and oppression and is firmly committed to safeguarding China’s territorial sovereignty, security and interests.

On the other hand, the CPC has enriched the guidelines of China’s independent foreign policy of peace, put forward and practised the five principles of peaceful coexistence, the path of peaceful development, the diplomacy concept of amity, sincerity, mutual benefit and inclusiveness with the neighbouring countries, the new type of international relations, ‘Belt and Road Initiative’ and other diplomacy policies.

The CPC has established contacts with political parties of Malaysia and other countries in the world. CPC’s international relations, now deeper, broader, comprehensive and conducted through more channels, have taken on a new look.

At present, the CPC maintains regular contacts with over 560 political parties and organisations from over 160 countries and regions around the world, and its international ‘circle of friends’ is enlarged continuously.

At present, the world is facing the threat of unprecedented changes and the pandemic, the factors of insecurity, instability and uncertainty have increased significantly. But no matter how the international situation changes and how strong China grows, China will always uphold the principle of peace, development, cooperation and win-win, adhering to the path of peaceful development and the opening-up strategy for mutual benefits, promoting friendly cooperation with neighbouring countries to build of a community of shared future for mankind.

Malaysia, Sarawak included, is an important neighbouring country in the Asia-Pacific region, our important partner of the ‘Belt and Road Initiative’. Over the past 47 years of our bilateral diplomatic relations, China has attached great importance to the cooperation with Malaysia in various fields, and the two sides have now become ‘good neighbours, good friends and good partners, through thick and thin’.

We firmly believe that as long as China and Malaysia support each other with trust and goodwill, our win-win cooperation would benefit the both peoples and promote the peaceful development of the region.