Sunday, August 1
You are at:Home»News»Sabah»Sticky rice dumpling tradition alive and well in Sabah 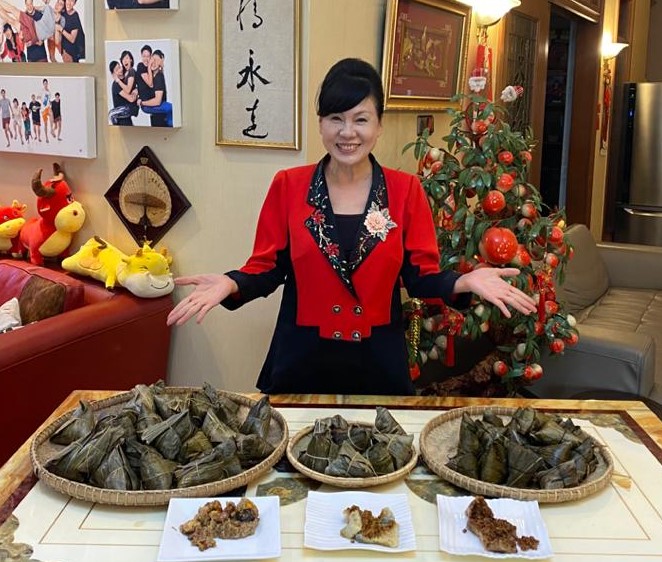 The Jiangmen branch of Nanfang Daily has reached out to overseas Chinese all over the world who originated from Jiangmen’s Wuyi region to make a video featuring the celebration of Duan Wu Festival and the preservation of Chinese culture.

Susan, who is also the vice president of The Federation of Chinese Associations Sabah (FCAS), said Taishan city of Jiangmen in Guangdong province, China was her ancestral homeland.

“My late father, Datuk Seri Panglima Wong Kwok, was born and raised in Taishan. Even after he had emigrated to Malaysia, he still kept the tradition of eating zong zi, or sticky rice dumplings, alive during Duan Wu Festival.”

Meanwhile, she said the local Muslims, who do not consume pork, have also developed their own version of the sticky rice dumpling by replacing the pork filling with curry chicken.

“Each year, the dragon boat team from Fohshan, Guangdong province, China participates in the race and successfully defended their championship title year after year.”

However, she said the dragon boat race was cancelled in 2020 and 2021 due to the severity of the Covid-19 pandemic.

“We hope that Covid-19 will be over soon so that our lives can return to normalcy, and more importantly, to reunite with our families.”

No matter where she is, Susan said Jiangmen would always have a special place in her heart.