Sunday, January 23
You are at:Home»News»Sabah»Perkasa Realty’s 42 years of notable performance 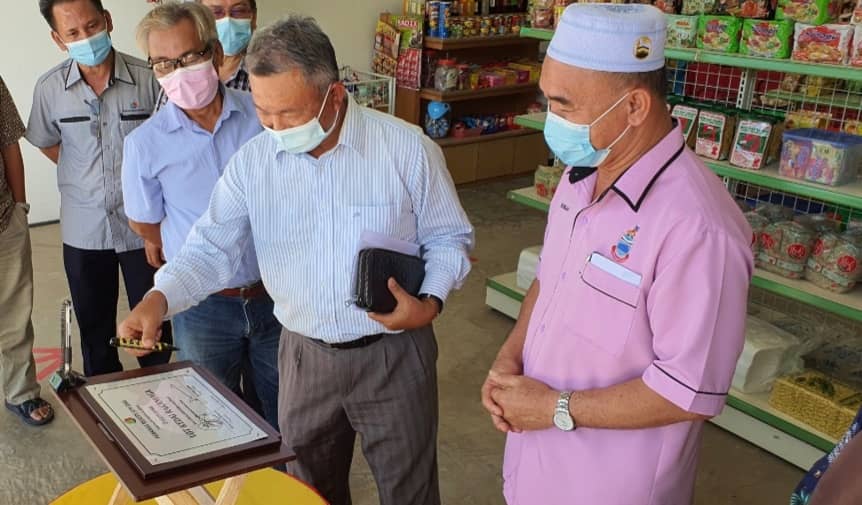 KOTA KINABALU:  It has been 42 years of notable performance for Perkasa Realty Sdn Bhd (PRSB), especially as a catalyst for socio-economic development of  the Bumiputera entrepreneur community  in Sabah, namely in term of enhancing ownership of business premises.

Despite the pandemic, PRSB, a wholly owned subsidiary of the Sabah Economic Development Corporation (SEDCO), is also embarking on an ambitious five-year development  programmes in line with the State’s direction and policy (Halatuju).

SEDCO is a state agency under the State Trade and Industrial Ministry and at Federal Level, affiliated with the Federal Ministry of Economic Affairs.

PRSB general manager Joidin Gahim said since its inception in 1972, the company has implemented more than 80 socio-economic projects, including the construction of 1,353 units of shophouses throughout Sabah with the bulk of it sold to eligible Bumiputera entrepreneurs, while the rest are owned by PRSB with some being rented out.

“The eligible Bumiputera entrepreneurs who were offered to buy the shophouses were selected through a selection process at district level and subsequently approved by a state selection committee based on stipulated criteria.

“Beginning 2020 however, the company’s board of directors has been empowered to do the selection. This was done to speed up the process and reduce bureaucracy as part of the process improvement.

“I can say that PRSB is a catalyst behind the establishment of several new townships in Sabah, namely at Kinabatangan, Beluran, Sook, Nabawan and Pitas, because our company provided basic infrastructures and business premises to these places.

“But more importantly is PRSB’s  roles to get Bumiputera entrepreneurs actively involved in the development of these new townships, that is through ownership of business premises like shophouses through an affordable purchase scheme,” Joidin said.

He said PRSB’s infrastructural and building component projects were financed through loan and grants from the State, while the Federal Government also provided grants and subsidies.

“PRSB has been paying loans regularly to the State Government for the last 10 years and our current reserve should be able to withstand the current economic slowdown due to the Covid-19,” he said.

Aside from developing shophouses, PRSB has ventured into hotel development. A testimony to this was the development of the Karakit Hotel at Pulau Banggi.  Another one will soon be developed at Pulau Bum-Bum, Semporna, and areas with potential are being explored for future development,” Joidin said.

Tapping into tourism, PRSB has initiated a joint venture effort with a private sector to upgrade tourism potential at Pulau Banggi, in Kudat, including a proposal to build another hotel at Karakit.

“Unfortunately, the proposed joint venture has been put an hold due to the pandemic which has adversely affected the tourism sector.

In its endeavor to spur development and create more employment oppurtinites, PRSB is also looking for a suitable land for agricultural activities with the main objectives of creating more agro entrepreneurs in Sabah and also to set up chain of grocery stores under the PRSB brand.

PRSB chairman Hj Ruslan Muharam, who is also Lumadan assemblyman, is optimistic that the company, with its current dedicated and experienced management team, should be able to position the company in meeting whatever challenges that lie ahead.

“God willing, with sound management, team work, support from our parent company and the other state agencies as well as our Ministry of Industrial Development, PRSB should be able to sustain and move ahead with vigor,” he said.