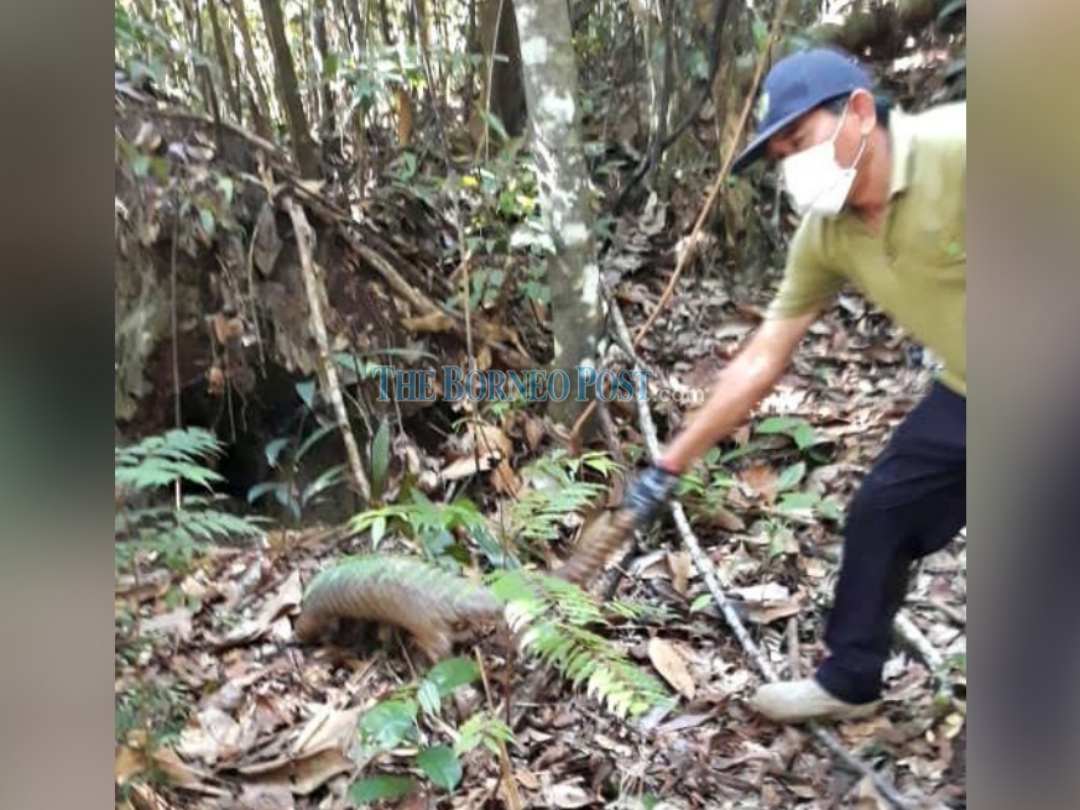 Photo shows the pangolin being released into Similajau National Park.

KUCHING (June 16): A pangolin has just been released into the Similajau National Park after following its rescue from illegal wildlife trade.

Sarawak Forestry Corporation (SFC), in a statement yesterday, said initially, a 21-year-old woman bought the scaly mammal from a trader.

However, the woman became very concerned about the animal’s wellbeing, which prompted her to call SFC and later, handed it to over to SFC Bintulu Regional Office.

Zolkipli, who is also the Controller of Wild Life, expressed his appreciation towards the act of kindness shown by the woman, which indicated that many members of the public would be willing to go the extra mile in supporting the roles of the relevant authorities in protecting and conserving wildlife in Sarawak.

However, Zolkipli also stressed: “We don’t encourage people to ‘rescue’ wild animals by buying them off from illegal traders. Such act would only encourage the vendors to acquire more wild animals to sell.

“Therefore, members of the public are advised to report any sale of wildlife species immediately to the SFC.

Tagged scientifically ‘Manis javanica’, pangolins are protected by Sarawak Wild Life Protection Ordinance 1998, whereby killing, keeping, selling and buying the animal or its derivatives without the permission from the Controller of Wild Life are prohibited by law.