Saturday, October 23
You are at:Home»News»Crime»Man caught in Kuching condo parking lot with 1.5kg of powdered ecstasy 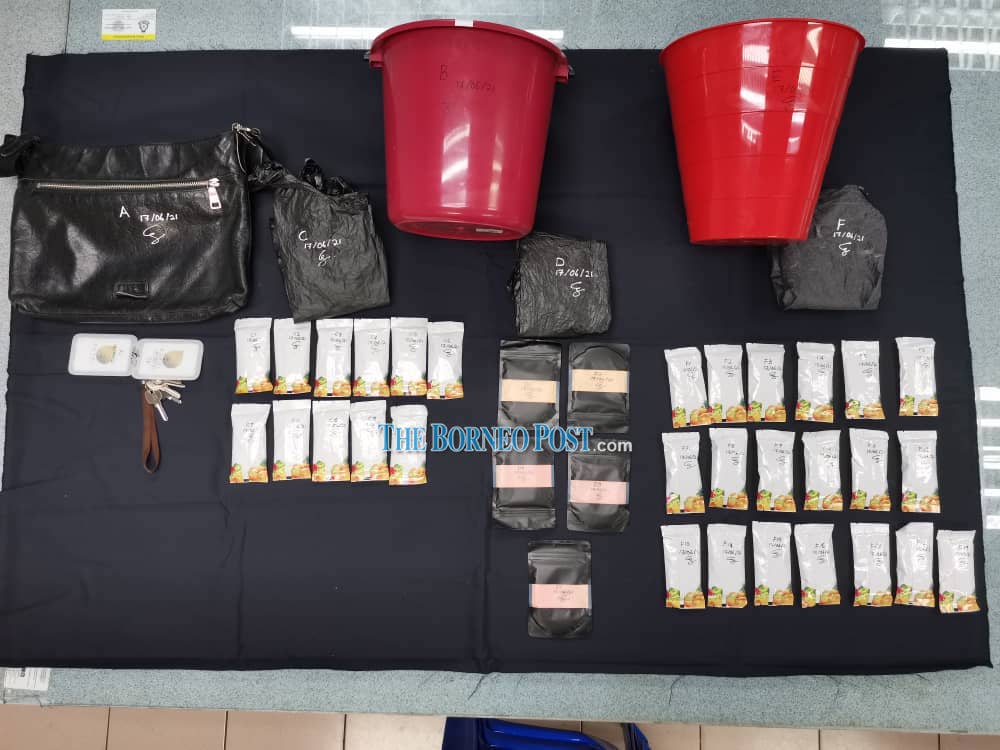 Photo shows the packets of ecstasy powder seized from the suspect.

KUCHING (June 18): Police arrested a 35-year-old man in the parking lot of a condominium here around 6pm yesterday (June 17) for drug-related activities.

“The ecstasy is estimated to be worth RM24,500,” said Ahsmon adding that police also seized RM1,116 from the suspect.

The arrest was made by the district’s Narcotics Criminal Investigation Department following a tipoff.

The case is being investigated under Section 39B of the Dangerous Drugs Act 1952 for drug trafficking.

The Section provides for the death penalty or life imprisonment with at least 15 strokes of the rotan.

Previous ArticleTiong: Authorities to enforce ban on activities at rental properties in Bintulu
Next Article MBKS warns Google Forms link for vaccination at BCCK is fake