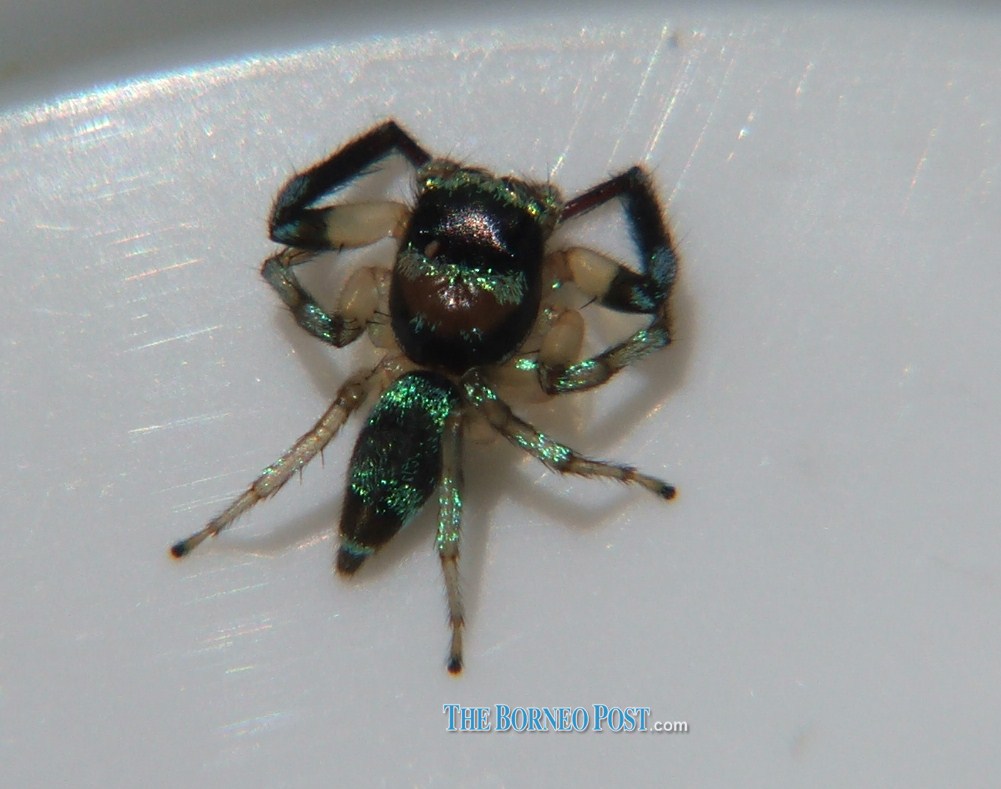 IN order for any species to survive it must be able to reproduce and in doing so produce a viable population. It is the prerequisite of all life on earth. The sex life of the spider is therefore something of an enigma.

We are taught from an early age that the female spider has a habit of dispatching her new lover with lightning agility. After all the Black Widow is so called for a reason. Therefore, one would think that the continuation of a species, when one of the participants rarely survives the ordeal, could present a problem. Not so. For this crafty denizen of the macro world will patiently wait until her suitor has completed his raison d’être before turning on him with deadly accuracy. Spiders are not of course alone in this behaviour. Some other insects also exhibit similar cannibalistic tendencies. The praying mantis is one such example.

However it is the spider’s sex life that has long been the subject of interest and indeed misconception. When a male spider reaches that ‘time of life’, his biological alarm clock tells him he must take to wandering in order to seek out a partner. Herein lies the problem. Just how does a male spider set about finding, wooing, and ultimately seducing his chosen bride? The female of most, but not all, species is often larger than the male and will quickly view any approaching interloper to her home as a potential meal. Even if she does recognise her would-be lover she has the right, like females of other species, to say no and indeed changes her mind often at the height of his attention.

If the male is destined to be the wedding breakfast he would prefer however that it be later rather than sooner. Despite the obvious flaw in this scenario, males will still queue up to mate with eligible females and have devised a whole host of ingenious courtship rituals to ensure they live to love again.

In recent years research has highlighted another fork to the evolutionary path, if not an ideal one for the male to take. For years it has been considered that the male is an unwilling player in this tragedy but we have recently become aware that an old male will often give up his life willingly to a female, if he can be certain that his gene pool will continue from beyond his silken grave. After all here is a package of pure protein and the better his mistress eats the more likely is the chance that his offspring will survive.

The garden spiders Araneus diadematus of the orb weaver family have perfected this technique and often the male walks into the jaws of death content in the knowledge that he will continue albeit in spirit only. Yet this is often a false assumption because some females being already gravid will play the innocent maiden and allow him to consummate the union safe in the knowledge that he will soon be nothing more than a tasty meal.

Other web builders such as the cross spiders of the family Argiope rely heavily on a type of Morse code and the much-dwarfed male will wait patiently at the side of the female’s web and pluck gently at the silken thread, like some forlorn lute player serenading his would-be bride. Satisfied that his musings have soothed the savage breast, he will lightly enter the arena and tiptoe across her web. The diminutive size of the male probably aids him in his advances. This lovestruck Romeo may however soon be more than simply entwined in the deadly embrace of his Juliet. 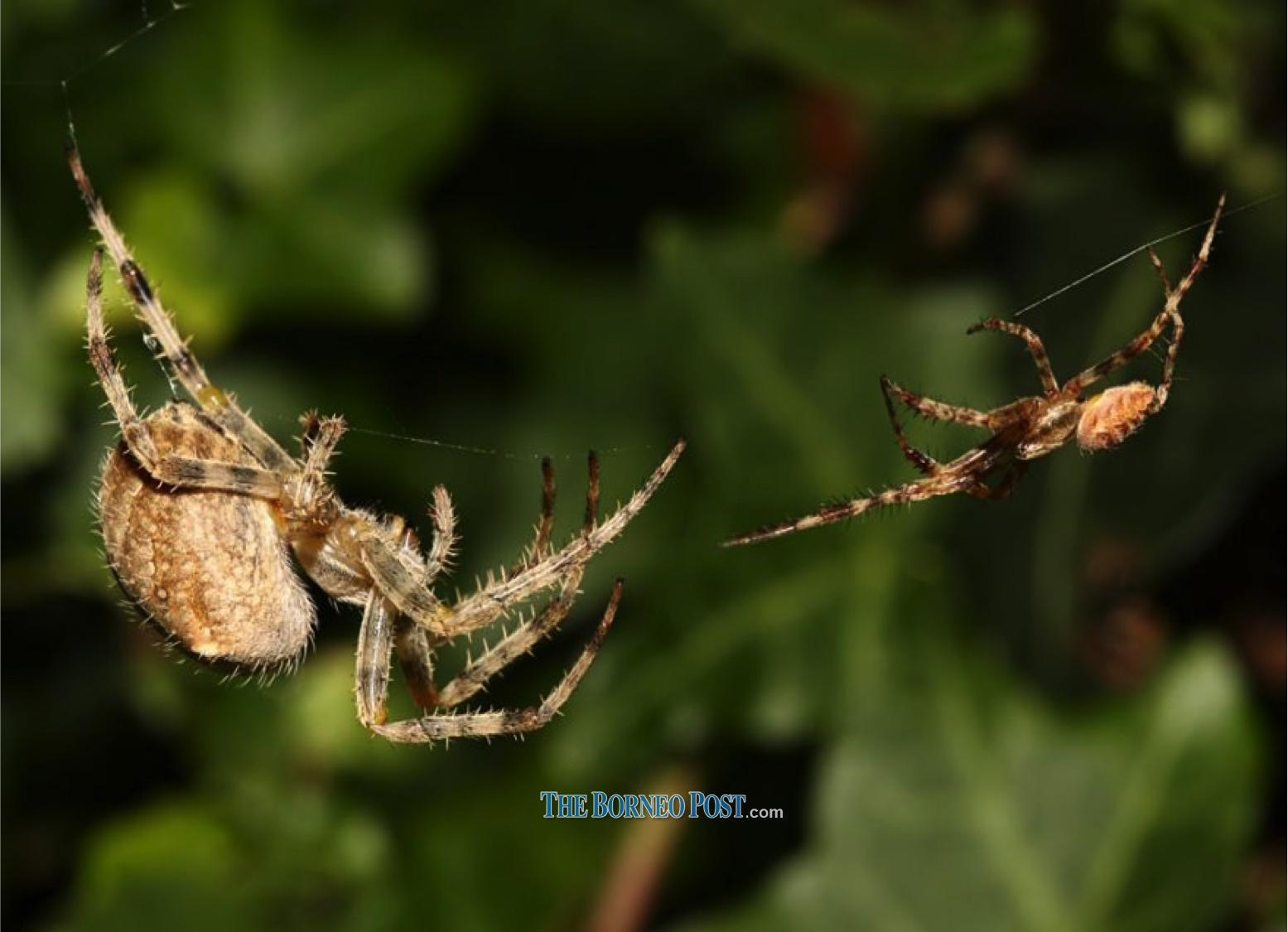 But what of spiders that do not spin webs? Those of the jumping spider family Salticidae use a semaphore system to attract their mates. These cute individuals, for they are indeed the prettiest of all spiders, will dance, wave, and perform a beautiful ballet before the female. If she is of a mind, she will respond with similar moves. Such courtships can often last many hours with one or both parties often becoming bored and wandering away.

Other spiders of the same family hold no such pretensions. Often a single raised leg nonchalantly indicates his intention to approach and he merely marches into battle ready to succeed or fail. The peacock spider (Maratus volans) from Australia, as his name indicates, raises his abdomen to display his technicolour coat and mesmerises the female into submission. His bizarre and ritualistic dancing has become the subject of many social media sites.

Spiders of the genus Drassodes or the stone spiders, so called because they unsurprisingly live under stones, enjoy nothing more than imprisoning their dates in a silken cage and mating with her when the mood takes them. He will often keep her imprisoned for some considerable time and in order to avoid being eaten he will starve her, wait until she sheds her skin and whilst she is in a weakened state he will seizes the opportunity to do the deed.

Of course not all male spiders are so forceful in their advance. Anyphaena accentuata, a spider from the UK quivers at the thought of the impending liaison, standing, and shaking violently in the hope that his chosen mate will take pity on his sad demeanour and allow him to call. This shaking of his body causes the leaf on which he stands to vibrate and hence he as earned the common name ‘the buzzing spider’.

Other spiders live in an uneasy truce with their partners with one eye on the female and the other seven on the exit at all times. It seems she will tolerate the male until his usefulness has passed and then it is either time for him to make a swift exit or one day feel the wrath of his beau. Perhaps one of the most ingenious methods devised is by the nursery web spider Pisaura mirabilis. He entraps an insect and neatly wraps it in a parcel of silk before depositing it at the female’s door and stepping back. She gratefully receives his gift and whilst she is busy unwrapping it he takes the opportunity to ‘nip’ in so to speak and concludes his business before she notices.

Whilst Pisaura is busying himself with gifts for his bride, the jumping spider Ballus chalybeius take a different view. He has dispensed with such pleasantries. He approaches the female in what appears to be drunken state staggering form left to right. The female is so overawed by this behaviour that she allows him to mate with her with a  ‘laissez faire’ attitude. Satisfied, the male once again staggers off in the same fashion to find his way home whilst the female simply sits and watches with complete disdain. 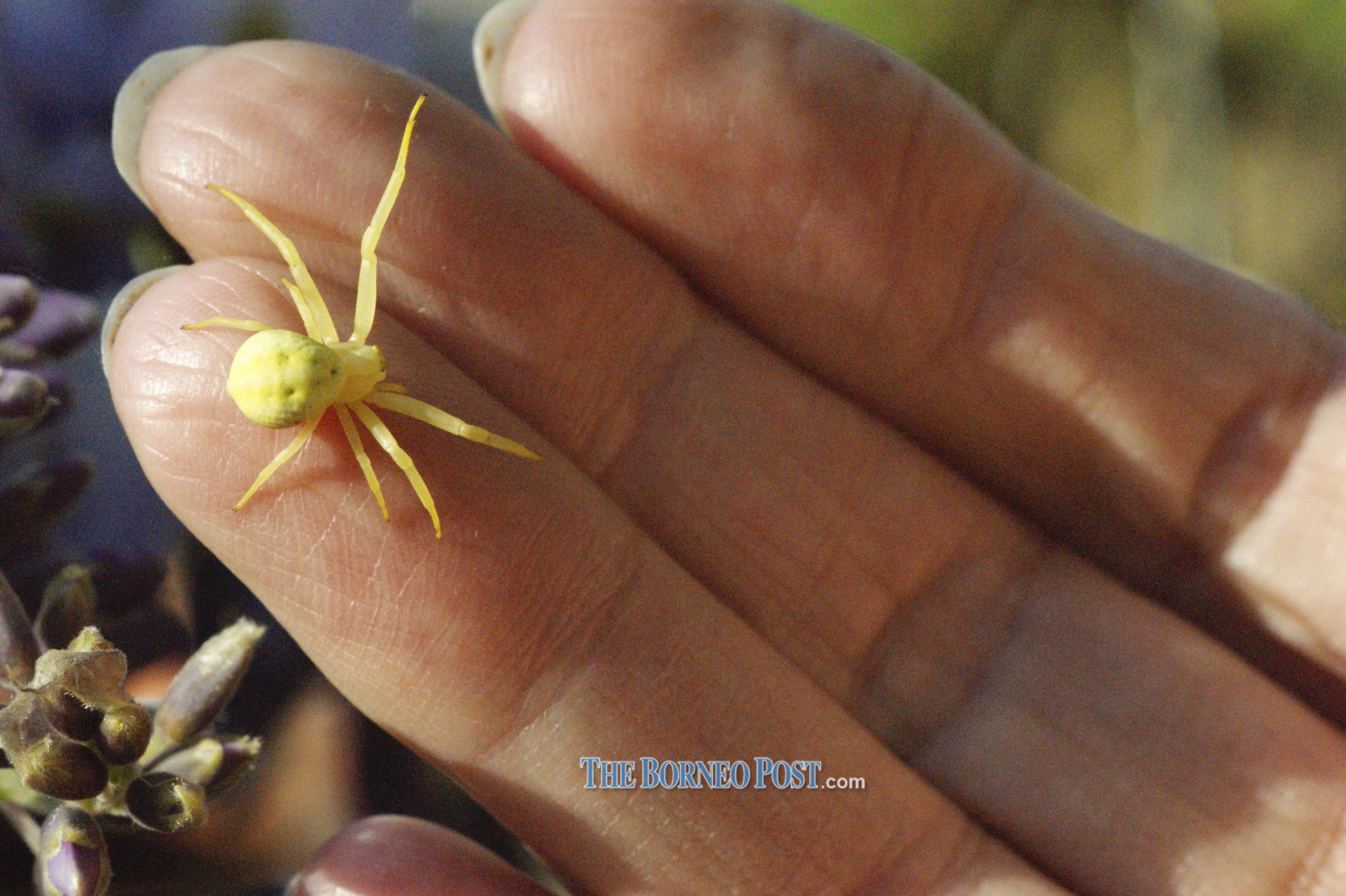 It seems, that like some humans, spiders will resort to the dirtiest of tricks to secure a mate and ensure their lineage. The use of force is not unique to the human race. One particular example is the crab spider Xysticus cristatatus. The male seeks out a female, lies in wait, ambushes her and literally ties her down with silken bonds. Content that she is secure and incapacitated, he forces his attention upon her. Of course to both of them this is simply an elaborate game. They both know that with a single movement she could easily break her ties but perhaps for the purpose of her mate’s entertainment she goes along with his fantasy. The male will then wanders off in safety and she simply releases herself. One can only assume that both parties derive some satisfaction from this bizarre ritual.

Of course such surreptitious behaviour is not confined to the male of the species. Females have evolved a number of ways to attract the males should they need any encouragement. Some leave a silken thread trail laced with pheromones to entice the would-be Lotharios to their lairs whilst others use their pheromones in a different way. Such chemicals are designed to trigger responses in males of the same species but some rather sneakily emit pheromones that entice males of other species. In other words she is pretending to be someone she is not and by doing so the hapless male meets an untimely end in the arms of a stranger.

Whatever the circumstances by which the male spider arrives at the female’s door, it must be said that she is hardly the perfect hostess but in the battle of the sexes she most certainly has the upper hand. However, when it comes to motherhood, a better parent would be difficult to find. But that of course is a story for another day.

Previous ArticleThe Instant Mee Syndrome
Next Article Dr Sim: MCO may not be extended if Covid-19 cases down