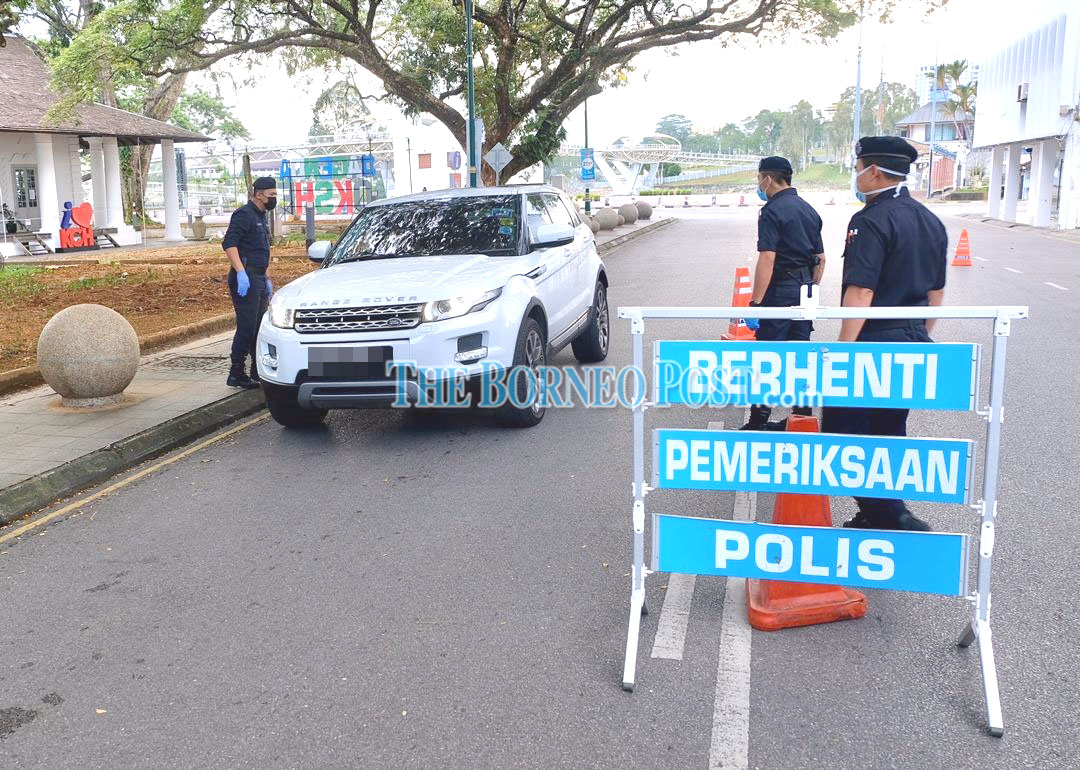 Police personnel man a roadblock in Kuching city during the MCO in March.

KUCHING (June 20): The Kuching district police have conducted checks on a total of 238,169 vehicles between June 1 and 19 during the ongoing Covid-19 enforcement operation carried out in conjunction with the Movement Control Order (MCO).

Kuching district police chief ACP Ahsmon Bajah in an infographic shared today said a total of 613 vehicles were also ordered to turn back after they were found to be travelling without valid reasons.

He also said roadblocks have been set up in nine locations manned by a total of 162 police personnel and 38 personnel from the People’s Volunteer Corps (Rela).

On the compliance of the Covid-19 standard operating procedures (SOP), the district police have conducted checks on a total of 318,400 individuals.

Meanwhile, the enforcement operation in Kuching is assisted by 61 personnel from the army and 294 Rela personnel.

Previous ArticleJKJAV: Over 164,000 Covid-19 vaccine shots administered across Malaysia yesterday
Next Article Serian PPV will only vaccinate those with appointments – Tuah