Monday, February 6
You are at:Home»News»Crime»Customs Dept seizes contraband cigarettes, alcoholic beverages worth over RM900,000 in Miri
For the freshest news, join The Borneo Post's Telegram Channel and The Borneo Post on Newswav. 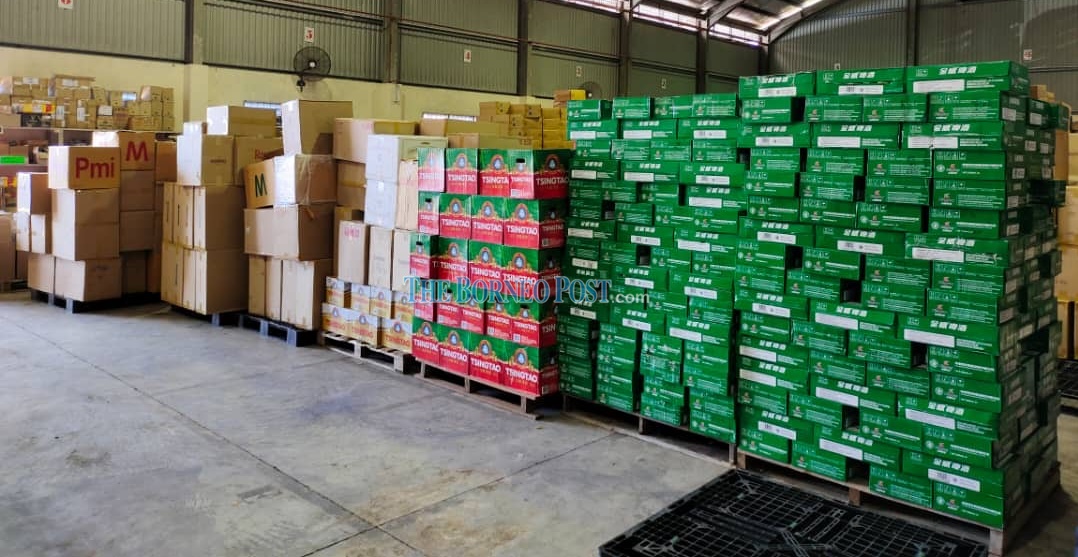 The contraband seized during the operation conducted by JKDM last week.

MIRI (June 22): The Royal Malaysian Customs Department (JKDM) has seized various types of contraband cigarettes and alcoholic beverages worth over RM900,000 at Batu Niah in Miri during an operation conducted last week.

Sarawak JKDM director Herman Shah Abdullah said the operation was conducted by a team from the JKDM Bintulu and Miri branches on June 16 at around 4pm following an information received from the intelligence branch.

“Acting on information from the intelligence branch, a team of JKDM from Bintulu and Miri had tailed a lorry suspected to be transporting contraband cigarettes and alcoholic beverages from Batu Niah and was heading towards an unknown location.

“The lorry was then intercepted near a hill next to the main road. As soon as the lorry stopped, the driver ran towards a nearby jungle and escaped,” he said in a press statement today.

A check was carried out on the lorry where the raiding team discovered 520,600 sticks of white cigarettes, 539,440 sticks of ‘kretek’ cigarettes, 18 kilogrammes of tobacco and 3,636.58 litres of alcoholic beverages of various brands.

“The contraband, including the taxes and the lorry seized are estimated to be worth RM908,026,” said Herman.

He added that efforts are underway to track down the lorry driver and lorry owner to facilitate in their investigations.

On another note, he also urged the public to channel information involving cigarettes, alcoholic beverages, fireworks or drugs smuggling activities, by calling JKDM at its toll-free-line 1-800-88-8855 or via http://aduan.customs.gov.my.