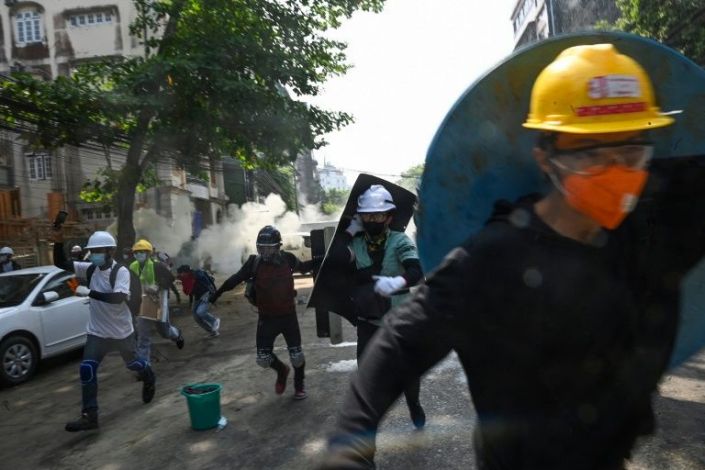 Global Witness found that Facebook’s own page recommendation algorithm was amplifying content that violated many of its own policies on violence and misinformation. – AFP photo

However, the international NGO found that even though the military was blocked, “Facebook’s own page recommendation algorithm was amplifying content that violated many of its own policies on violence and misinformation.”

“In the lead up to the annual Armed Forces Day celebration on 27 March, the bloodiest day since the coup, Facebook was prompting users to view and ‘like’ pages containing posts that incited and threatened violence, pushed misinformation that could lead to physical harm, praised the military and glorified its abuses,” the NGO said.

The research conducted by the NGO, found that three out of five top Facebook page recommendations that the social media’s algorithm suggested had content that violated the company’s policy and was published after the coup. In addition, such content could be easily found and was still published two months after the Armed Forces Day incident.

A number of instances were found when military propaganda posted to the social media stemmed from misinformation. While this does not violate Facebook guidelines, the NGO added that “given the severity of the crisis in Myanmar, Facebook should update its community standards to ban abstract threats of violence against civilians in Myanmar and prevent its platform from being used to recruit soldiers in Myanmar.”

The NGO called on governments to impose legislations that would regulate Big Tech companies like Facebook, and encouraged the social media application to investigate the issue further. – Bernama