Saturday, May 28
You are at:Home»News»Sabah»Rice entrepreneurship building resilience through pandemic 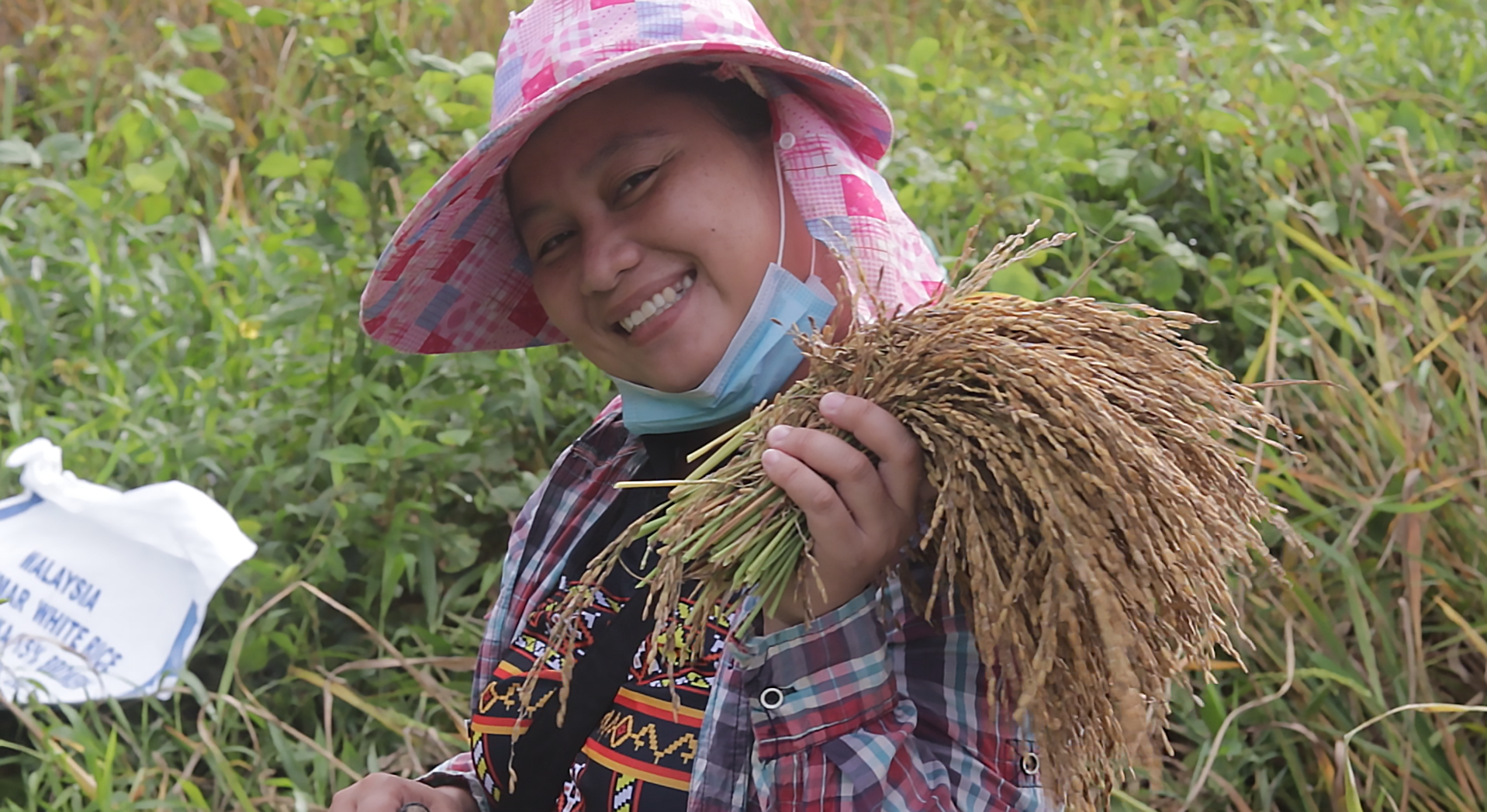 Agang is enthusiastic to continue and expand rice production in the coming planting season.-Photo by Forever Sabah

KOTA KINABALU: In the midst of all the economic hardship created by the Covid-19 pandemic, kampung farmers have responded and risen through the terrible challenges with initiatives that value Sabahan land, culture and heirloom rice varieties.

When Covid-19 hit last year controls on the amount of rice that could be purchased per family sparked the idea of revitalising paddy production on village lands in Tenghilan. Projek Padi emerged under Forever Sabah in partnership with the communities of Kg Lapasan Ulu and Kg Tinuhan in the Tuaran District, with support from the Sabah Department of Irrigation and Drainage (DID) and a special grant from Yayasan Hasanah (with funds from the Ministry of Finance, Malaysia).

The first season of Projek Padi has been very successful with 28 tons of rice produced and a 240% return on investment. Three quarters of farmers in Kg Tinuhan achieved rice self-sufficiency and had rice over for sale.

Wagas Dati was created as a brand to enable farmers to capture the real value of their special hand-crafted heirloom rice varieties often grown organically and in environmentally friendly ways.

Wagas Dati was launched at a paddy festival held on March 23 through which the relationship between community farmers and urban consumers was established. Two tonnes of rice were sold this year worth more than RM30,000 to the producers, and more farmers are now eager to grow organic paddy as this earns RM3,000 more per acre than farming with chemicals.

One of the leading farmers involved, Loujim, explained that the younger generation had given up growing rice because they had calculated that the costs of production are higher than just buying cheap imported rice at the supermarket from Vietnam, Thailand or India.

Although the tradition of producing rice has waned in this generation, Saimah Malas, a 61-year-old woman from Kg Tinuhan has been a pillar in her small Dusun community and continued the traditional culture of growing her own rice over the years. With Projek Padi, she was able to expand her farming area to 2.34 acres and increase her yield to 2,260kg of paddy, growing eleven different kinds of rice with different properties and tastes.

The project enabled Saimah to maintain a consistent rice stock to feed her family, resilient to the challenges of life and the economy during the  pandemic.

Meanwhile, her rice sales enabled her to meet all her household cash needs as well as to invest in hiring additional labour to manage the fields.

Masyezienia ‘Agang’ Widin joined Padi Projek concerned about how she would feed her family through the pandemic and because she had always been interested in rice, though she had not farmed on her own before.

Coming to Kg Tinuhan from Kg Liningkung in Telupid in 2009 upon her marriage, their lack of financial resources meant that even after twelve years of marriage, her family of five were still living with the in-laws.

Under the project, Agang opened up 0.85 acre of land; planting four varieties of wet rice. Discovering that she had considerable skill in recognizing the different varieties, Agang also assisted Projek Padi in collecting agronomic rice production data through citizen science. Harvesting 865kg of rice and having met the needs of her family, she decided to sell 45% of her harvest to raise funds for starting to build her first family home.

“As long as I’m still active I will continue the cultivation of rice.” Saimah commented with an easy grin.

“Although it’s hard work, paddy revitalization should carry on and hopefully, more people will join and be inspired by our harvests. Rice is one of the most important needs in life.”

Growing rice needs a whole community to come together to manage irrigation and drainage, to keep buffaloes out of the crops and to prevent the birds finishing off the crop of a lone farmer. And it needs the spirit of gotong royong to get the hard work done in good spirit.  One of the biggest impacts of Projek Padi has been restoring the culture of community cooperation. 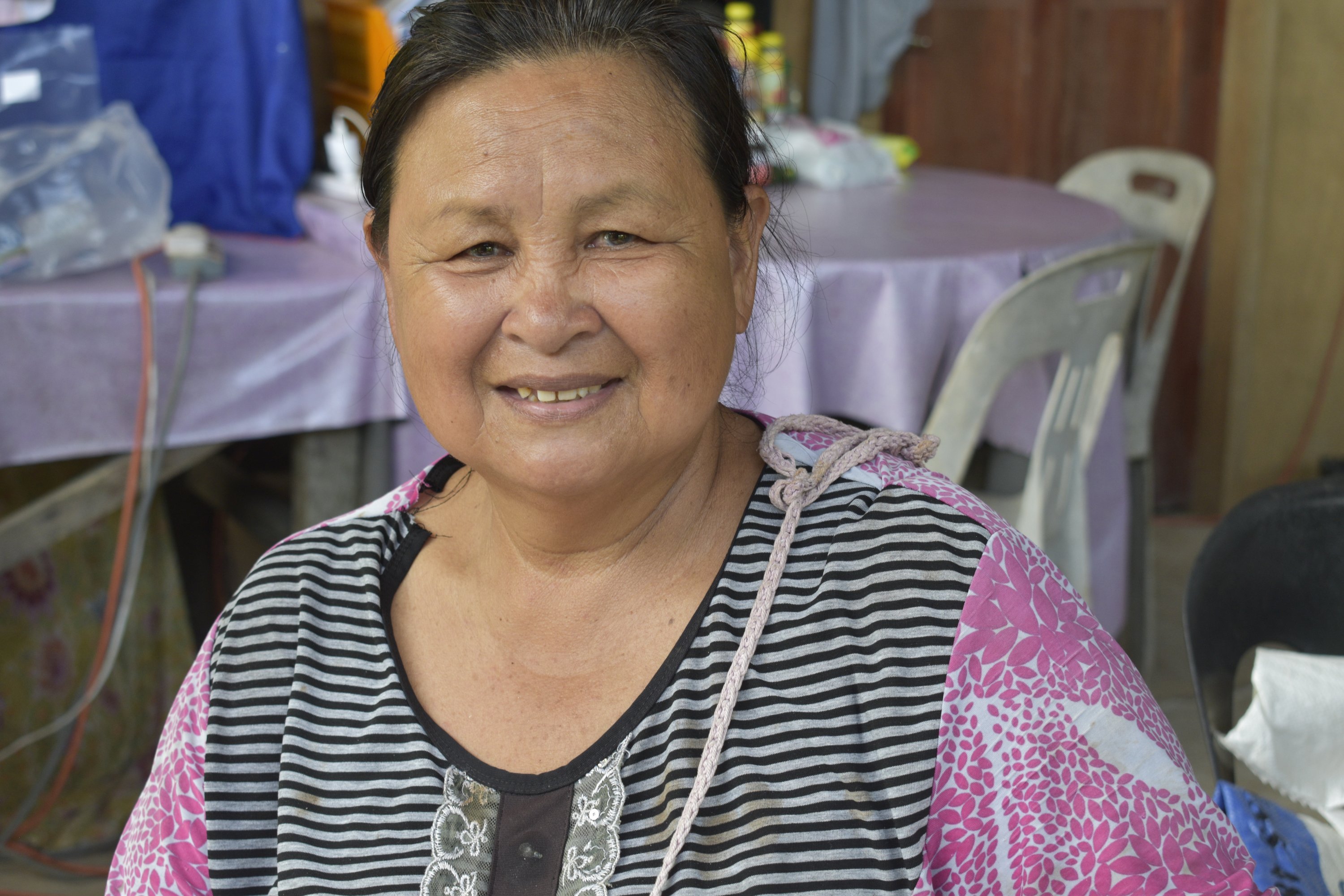 Saimah Malas, one of the community farmers from Kg Tinuhan revitalising paddy.-
Photo by Forever Sabah

All the farmers involved so far in this project remain eager to continue in the upcoming planting season, with another 60 of their farmer neighbours now wanting to join.

The Sabah government is continuing its thirty-year effort to reach 60% self-sufficiency in rice production.  Currently the figure is 23%.

Cynthia Ong, Chief Executive Facilitator of Forever Sabah reflects on this, “Projek Padi indicates that one of the ways state self-sufficiency can be advanced is by providing practical support to paddy smallholders coupled with helping them gain proper recognition in the market place for producing a unique Sabahan heirloom organic product.”

Previous ArticlePolice: 254 investigations on alleged Covid-19 fake news since March 18 last year
Next Article Cases of Delta Plus Covid-19 variant rise to around 40 in India