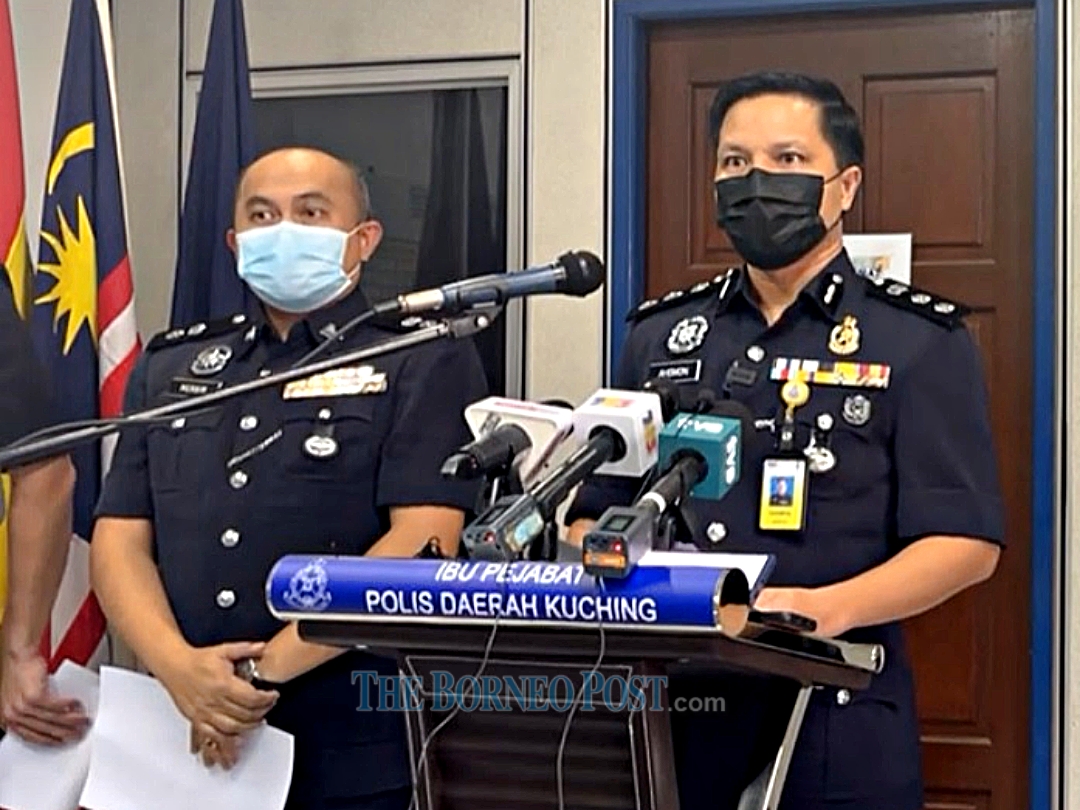 Ahsmon (right) addresses the press conference. With him is his deputy Supt Merbin Lisa.

Kuching police chief ACP Ahsmon Bajah said the suspects, aged 23, 29 and 32, were nabbed at a business premises in Matang by a special taskforce team from the district Criminal Investigation Division following a report lodged by the victim.

“The suspects were trying to intimidate the victim to pay his outstanding loan from a moneylender.

“Besides splashing red paint, the suspects also left a threatening note to the victim to clear his debt,” he told a press conference here yesterday.

According to Ahsmon, the June 20 incident was the second time the borrower had been harassed in that manner, with the first incident taking place the previous month. The first incident had also been reported to the police.

“Both incidents left the victim and his family members living in fear,” he added.

Meanwhile, Ahsmon said police failed to obtain a remand order against the three suspects at the Magistrate’s Court yesterday.

“For that, we have to respect the law. We will however apply for another remand to the court on other Sections which they are also being investigated on,” he said.

He further disclosed that the suspects, who work as agents for a licensed moneylender, do not have past criminal records.

Ahsmon said police are also investigating the licensed moneylender, which has been operating since April 2001, to determine its legitimacy, and reminded all moneylenders to abide by the law.

“For those who are or are planning to be involved in illegal money-lending activities, just stop and do not cause trouble to the people as we will hunt you down,” he warned.

He also called upon the public to provide police with any information regarding illegal money-lending activities especially during this current pandemic period.